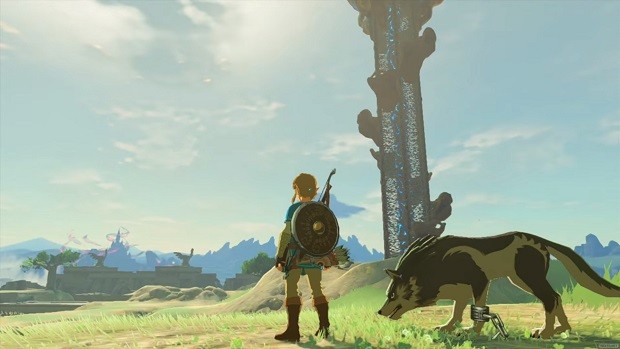 Throughout the world of The Legend of Zelda: Breath of the Wild, you’ll find plenty of hidden Treasure Chests. These chests, however, are fairly hard to find as some of them are underneath heavy objects or inside water.

For more help on The Legend of Zelda: Breath of the Wild, check out our Money Farming Guide, Great Fairy Locations Guide, and Shrines of Trials Guide.

The Legend of Zelda: Breath of the Wild Secret Treasure Chests Locations

In order to find these  Secret Chests and claim the prizes, you’ll need plenty of runes which are found in the Shrines of Trials.

Treasure Chest #3
There is another chest in the water near Keh Namut. However, this time around, you’ll need to use the Cryonis Rune. Build icy pillar to reach the Treasure Chest and build another one directly underneath the chest to get it.

Treasure Chest #4
This Treasure Chest is tucked neatly under a large boulder near Owa Daim Shrine of Trial. In order to move the boulder, use Statis on the boulder and hit it continuously to build up its momentum. After that, deactivate Stasis and you should be able to get the chest.

This one is located near the area which eventually becomes the bomb shrine. The chest is near the inactive machine and requires Magnesis Rune.

This one is located near the water where the Old Man appears for the first time. The chest is near some boulders which can be destroyed with bombs.

This one is located in the Great Plateau and contains a Traveler’s Bow.

This one requires you to build a bridge to reach the other side of the mountain. The chest is behind a wall of boulders that can be bombed down to reveal the area.

This one requires you to cut down the wood around the small cave with the chest inside.

Treasure Chests #10 & #11
Location: Bokoblin Camp near River of the Dead

These ones require you to cut down the ropes holding the wooden path above. There are two chests at the end of the new path.

These ones require you to clear the Bokoblins Camp and loot the area.

Treasure Chest #15
Location: At the Top of Temple of Time

This one requires you to climb to the top of Temple of Time and head left once on the roof to find it.

The first one is inside one of the demolished structures. As for the remaining three, search each of the structures to find them. There are a lot of enemies in this area so be prepared!

This one is located near the large yellowish beast. Leave it for now and clear the camp followed by heading to the top to find the chest.

The chest that you seek is in the water. You need to use Cryonis Rune to pick it up.

This one is pretty straightforward! You need to head to the camp near the man who talks about the end of the world.

The first one is in the Hickaly Wood, near the Merchants Camp and the other one is near the Lizalfos camp.

In case you’re wondering how to get your hands on different runes, make sure to check out our Shrines of Trials Guide linked above which contain different runes and are fairly simple to complete.

This is all we’ve on our The Legend of Zelda: Breath of the Wild Secret Treasure Chests Locations Guide. If there’s anything else you’d like to add, let us know in the comments section below!