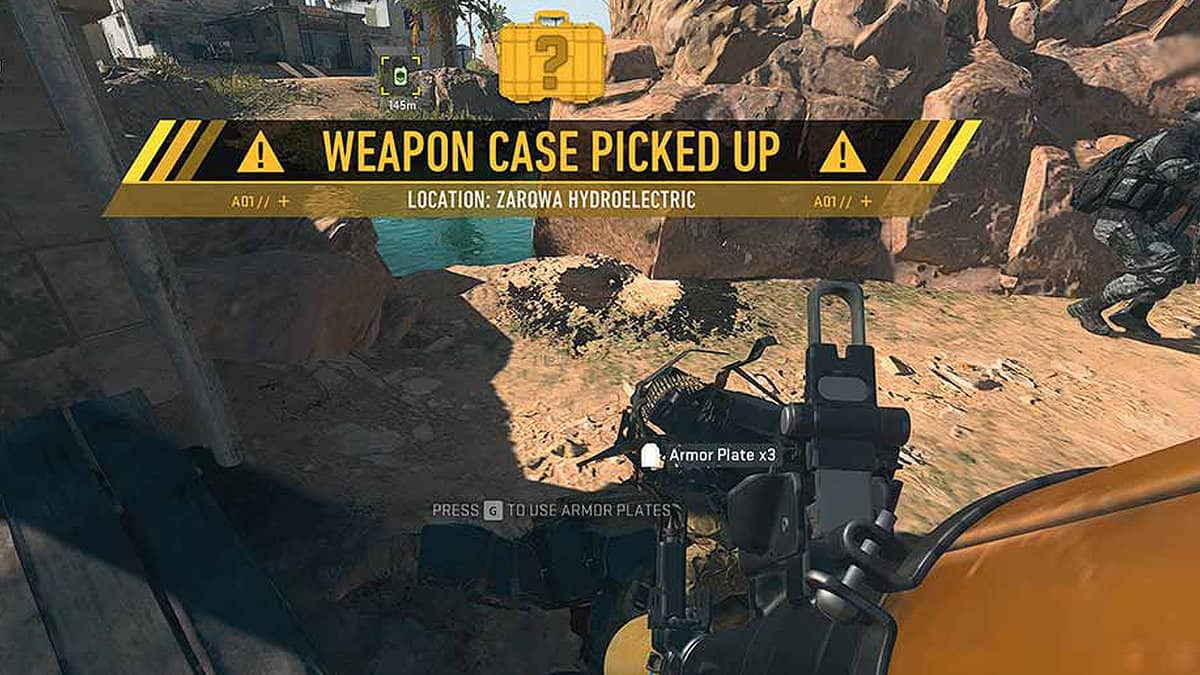 Weapon Cases are one of many world activities that you can complete for valuable rewards in the new DMZ mode of Call of Duty: Warzone 2.

Unlike the other activities, Weapon Cases feature a fixed set of rewards that are exclusive to each season. Hence, you only have the current season to get the current weapon-case rewards before a new weapon case is introduced with a new set of rewards in the next season.

It goes without saying that Weapon Cases offer the best loot in DMZ. For season one, you can get an RPK weapon blueprint alongside a Biohazard operator skin among several cosmetics.

Considering that an RPK loadout is currently completely broken in Warzone 2, you can get a Weapon Case in DMZ to start raising hell in battle royale.

The following guide will tell you everything you need to know about locating and completing the Weapon Case activity in Warzone 2 DMZ.

How to locate a Weapon Case in DMZ?

Take note that there is no guarantee that a Weapon Case will spawn in every match. They are rare and there will only be one Weapon Case per match for players to fight over.

Start by opening your map. If there is a Weapon Case in your match, it will be marked by a briefcase with a question mark icon. If the icon is yellow, the case is available to all. If the icon is red, an enemy player/squad has picked it up and is on the move.

Something else to know is that the briefcase icon (or the center of the zone) is not the actual location of the Weapon Case. You must enter the highlighted area and find the case.

If the case is with an enemy squad, you will need to be extra cautious because they could be anywhere within the red zone.

How to extract a Weapon Case in DMZ?

Extracting with a weapons case is not an easy task as all the players in the server will be relentlessly chasing you down. However, the following tips will increase your chances of survival.

The following are the Weapon Case rewards in the current season. As mentioned before, they will change with the next season.