How To Reduce Radicals And Turmoil In Victoria 3 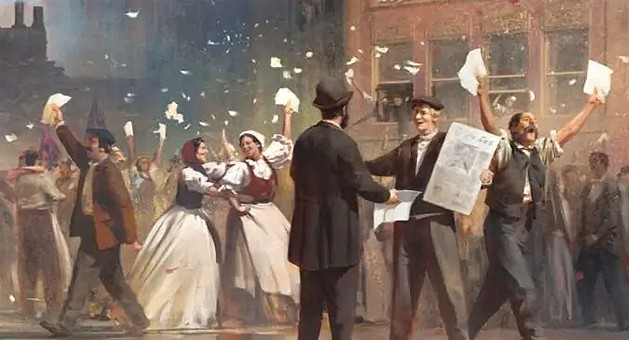 Managing interest groups in your country is an important step in achieving stability in Victoria 3.

If not handled properly, it can lead to radicalism and turmoil, which will cause the destruction of your hard-earned empire.

In simple terms, radicalism is the belief of people that the structure and functioning of society need to be changed, and that the only way to achieve that change is through revolutionary means.

This will, in turn, cause turmoil i.e. constant confusion, commotions, and disturbances that will eventually lead to the state’s downfall.

Managing your country’s politics in Victoria 3 is quite hard, and you’ll likely suffer from radicalism at some point or another when you progress through the game. That is why, in this guide, we’ll be looking at how to manage radicals and turmoil in Victoria 3.

Radicalism can be caused by many different variables in Victoria 3, but they can all be boiled down to two main points – how your country’s pops are treated, and how happy they are with your laws.

Here are a few reasons that may cause radicalism to turn up in your country.

Moreover, if you pass laws that suppress the pops’ freedom or if they go against their beliefs, then that might also cause radicalism to show up. But you can then impose more laws to reduce Radicalism in turn.

The natural counter to radicalism is loyalism. They are functioning opposites to one another, where the loyalist aims for the approval of Interest Groups to support the government.

Unfortunately, there aren’t as many ways to increase Loyalism as there are to increase Radicalism. Loyalism can be increased in only two ways.

Improving the Standard of Living

Radicalism mainly spreads with increasing displeasure of your nation’s Pops. The most substantial factor to this is their average Standard of Living.

The Standard of Living is determined by whether the population’s basic needs and requirements are being met or not.  This is mostly tied to wealth.

Over the course of the game, you will come across many Random Events that happen all over the world by chance. You will be able to participate in these Random Events and your pops will have an opinion, supporting or opposing different responses to said events.

Taking steps and making choices in Random Events that earn you the support of the majority of your Pops will substantially decrease Radicals and hence Radicalism.

If you do fail to reduce Radicalism due to the scarce number of ways, you need to turn to counter it instead. This can be done by making a few changes to the laws:

Support and Radicalism play the main role in a Political Movement’s attempt to change laws or keep them the same. If it has a higher level of support, then it’s good to go. However, if it has higher levels of Radicals and hence Radicalism, it might cause Turmoil and hence, revolution.

There are two types of Turmoil in Victoria 3, but they both will end in one thing – destruction.

Normal Turmoil is caused by a general increase in your country’s Radicalism. It will lead to Revolution and many other things that can cause damage to your country’s infrastructure and economy.

For example, you will be able to generate less tax as most of it will be wasted, or your country’s attraction to potential immigrants’ might also decrease leading to lower manpower.

The intensity of Turmoil is directly proportional to the level of Radicalism, and if it increases to a point where it can’t be handled, your only resort might be Policing Laws and Violent Suppression Decrees.

Similarly, since turmoil is tied directly to radicalism, decreasing radicalism will in turn decrease turmoil. You can take the aforementioned measures to reduce radicalism and hence turmoil.

Another kind of Turmoil is Cultural Turmoil, which is caused in between two Pops sharing the same culture. This can either be on a global scale, or on a state scale depending on if that state has the culture’s homeland.

At the global level turmoil between the culturally similar Pops, a migration target is automatically selected by the game, and mass migration of the Pops will start to that target.

At the state level, the turmoil between Pops can cause them to move towards secession, and your country will then be led to a war with their newly independent nation. You need to reduce this turmoil by reducing radicalism itself to prevent any drastic negative effects.

These types of Turmoil can also be decreased by investing in the Home Affairs Institution.