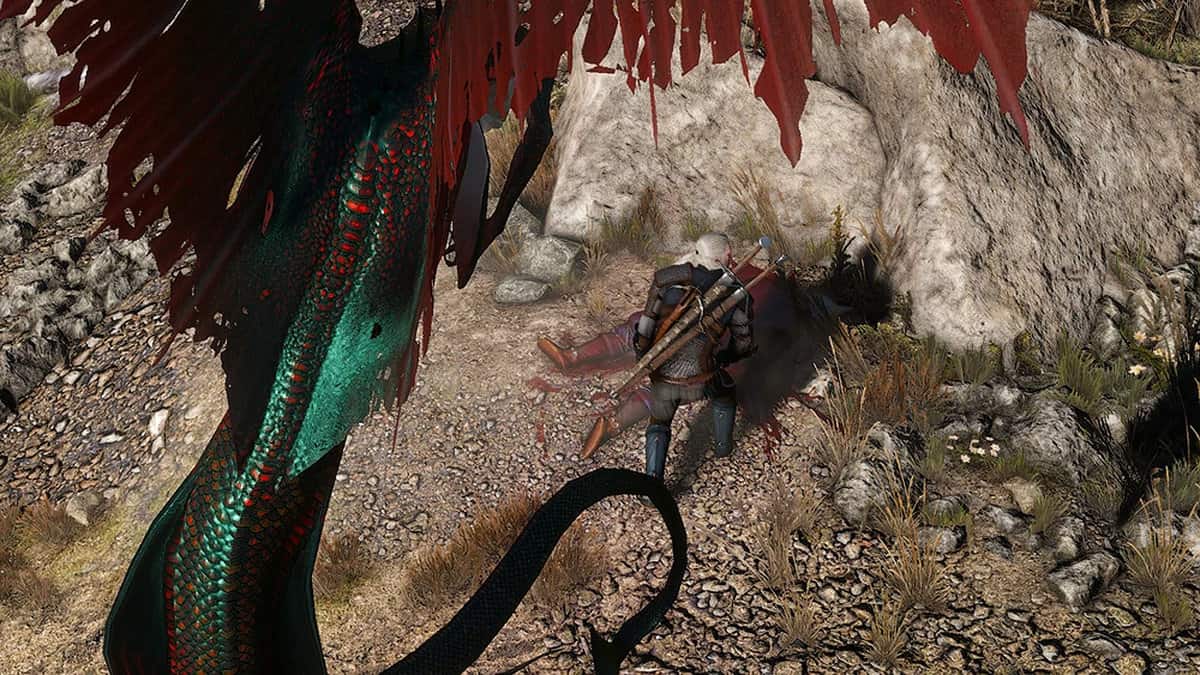 Here Comes The Groom is another contract for you to earn some extra gold in The Witcher 3: Wild Hunt.

When you reach Skellige, you will be informed that Nils has suddenly disappeared. You need to find him so that he can attend his own wedding. Unfortunately, you will discover that Nils encountered Melusine, a powerful variant of an Ekhidna.

The following guide will tell you how to complete the contract in The Witcher 3: Wild Hunt.

How to start the contract

The contract can be obtained from the notice board in Svorlag, an island that lies northwest of the main Skelliege island you first arrive on. You will need to take a boat from Kaer Trolde Harbor and sail your way over there.

You need to speak with Kevan after obtaining the contract. He is the brother of Britt, his sister who is set to wed Nils. You can find Kevan on a staircase next to an open building near the notice board.

He will explain the situation and ask you to find the missing groom. Make sure to haggle for your reward to get as many coins as possible and then head out to speak with Britt.

Head to the cliffs in the nothing of the village to speak with Britt. She will tell you that a monster with large wings took away Nils to the caves on the shore below.

So, you now need to head to the coastline for the caves. There are a few bandits camped on the shores but it should not be a problem for you to clear out. You can either go all in or parry and counter their attacks for clean kills.

The first enemy you face in the caves will be a group of Drowners but they do not have the large wings that Britt said she saw take Nils.

Keep exploring the caves by going deeper and you will come across a statue of Melusine which Geralt will remark as being “the mad and dangerous lady of the depths”.

The statue is basically an altar, and upon further examination of the tracks and judging from the scale’s patterns resembling the statue, Geralt will deduce the monster that took Nil’s to be the Melusine.

In the Witcher lore, Melusine is an ancient Ekhidna creature that was worshipped by the locals. They were thought to be divine beings due to their angelic wings.

Following the eastern tunnel of the cave, you will face some more Drowners that the path. Kill them and then climb the opening of the cave. Once outside, you will see a dead body covered in blood. It’s the missing groom who was apparently dropped from a certain height by the Melusine.

During your inspection, you will see the shadow of wings, and then the Melusine will appear in the sky.

The Melusine may look dangerous, but it is relatively easier to defeat. Its attack patterns revolve around its diving attacks. Therefore, you need to avoid getting hit and try to dodge them at the exact moment.

Then you can use your Igni sign to set her on fire and attack her with your sword attacks. You can also utilize Aard sign to knock her off when she is flying as well.

Finally, like all Ekhidnas, Melusine is highly susceptible to Hybrid Oil. Coat it on your silver sword to do increased damage to the hybrid creature.

Once you finish off the Melusine, you can head back the way you came and meet with Kevan to collect your reward. Tell him about the matter and he will ask you to tell the story to Britt as well. You can either take up the offer or decline. Opting for the former will get some extra experience points.