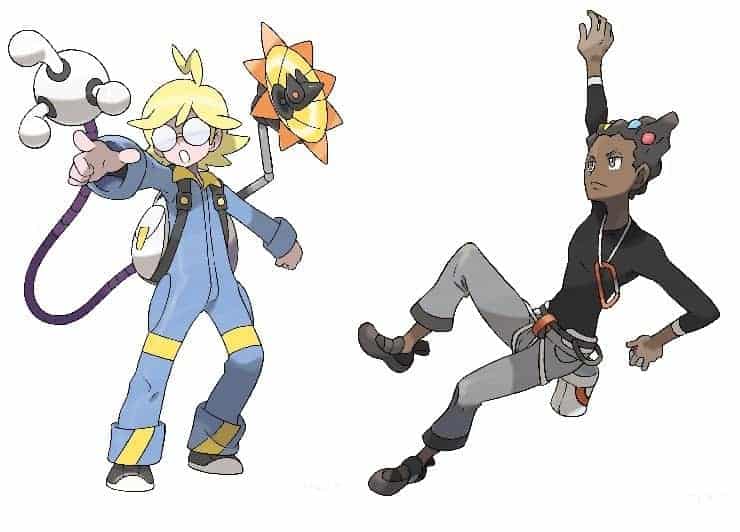 In this guide, you will find all about the eight Gyms in Kalos Region. Along with that, we will talk about the corresponding Gym Leaders and their Pokemon, Rewards, Specialties, and other important stuff.

Below is a complete breakdown of all the Gyms and Gym Leaders in the region.

The first Gym in the game is looked after by Viola. You will NOT be able to reach many parts of the Gym and will encounter trainers along the path. Defeating Viola will net you Bug Badge and TM #83 – Infestations.

Swift Swim
Your Pokémon’s speed will double up during the rainy season.

Rain Dish
It enables the recovery of 1/16th HP during the rainy season.

Shield Dust
Enemy moves which yield damage will be useless.

Compound Eyes
Increases the accuracy by 30%.

It is run by Grant whom you need to find on a Cycle Track. You will counter many trainers along the way and the badge will allow Pokemon up to Level 40 to obey.

This Gym is run by Korrina who will invite you to battle her in Gym. However, in order to reach Korrina, you will have to take out all the trainers in the vicinity.

Defeating Korrina will net you Rumble Badge (Allows Pokemon up to Level 50 to obey) and TM #98 – Power Up Punch.

Inner Focus
There will be no flinching during the attacks.

Regenerator
33% of Hit Points are restored when you switch it out of battlefield.

Reckless
Moves which have recoil have increased power.

Limber
Paralyzing attacks will be useless on this Pokémon.

Unburden
Speed is increased by 100%.

Guts
After being injected with BURN, SLEEP, etc. Attack is raised 1.5 times.

No Guard
Accuracy is enhanced by 100%.

Steadfast
Speed is increased by 1 with each flinch that this Pokemon experiences.

This Gym is run by Ramos and you will have to do a lot of climbing and swinging in order to reach the leader. The badge allows Pokemon up to Level 60 to obey.

Chlorophyll
Speed will double up during sunny season.

Leaf Guard
Status Effects will be useless in sunlight.

Infiltrator
Protections and stat boosts by the enemies are useless.

Sap Sipper
Each time the Pokémon is hit by Grass-Type attack; Attack is raised by 1.

Chlorophyll
Speed will double up during sunny season.

Gluttony
During low HP, a Berry is eaten quickly.

This Gym is run by Clemont and requires you to answer correctly a few questions put forth by Clement’s sister; Bonnie. However, if you don’t answer it right, along with trying again, you will have to fight another opponent.

Defeating Clemont will net you Voltage Badge (Allows Pokémon up to Level 60 to obey) and TM #24 – Thunderbolts.

Static
It reduces the speed of the Pokémon that performs a direct attack on your Pokémon.

Motor Drive
No damage is taken from Electric-Type attacks.

Sturdy
Sturdy makes this Pokémon immune from the One Hit Knock Out attacks.

Analytic
Attack Power is increased by 30%.

Magnet Pull
This ability restricts the ability of Steel-Type Pokémon of running and switching.

Sand Veil
Escape during a Sandstorm is increased by 1.

Dry Skin
HP is restored when hit by Water-Type attacks.

This Gym is led by Valerie and along with featuring different puzzles; requires you to deal with trainers along the path. Defeating Valerie will net you TM #99 – Dazzling Gleam and Fairy Badge.

Hyper Cutter
Opponent will NOT be able to lower the Attack Value of this Pokémon.

Intimidate
It decreases the enemy Attack stat by 33%.

Sheer Force
Moves which have a secondary effect get 33% enhanced power.

Sound Proof
Sound moves are useless while this ability is active.

Technician
This allows the movement with a Base Power of 60.

Cute Charm
Injecting enemy with ATTRACT is increased by 30%.

This Gym is run by Olympia which is actually mysterious as it disappears sometimes. You will have to make your way through several puzzles and floors in order to reach the Leader.

Magic Guards
No damage is taken from moves other than direct attacks.

Tinted Lens
Not effective moves have get their power doubled up!

Oblivious
ATTRACT status can’t be used while this ability is active.

Own Tempo
While this ability is active; CONFUSED status move is in-effective.

Regenerator
33% of Hit Points are restored when you switch it out of battlefield.

Infiltrator
Protections and stat boosts by the enemies are useless.

This is last Gym that you will encounter in the game which is run by Wulfric. You will have to solve in a few puzzles and fight off many trainers before reaching Wulfric for the final Showdown.

Levitate
Ground-Type moves have are useless when this ability is active.

Own Tempo
While this ability is active; CONFUSED status move is in-effective.

Ice Body
HP is gained in the snowy season.