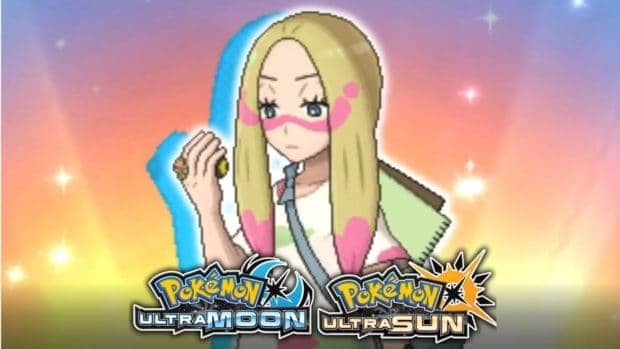 Pokemon Ultra Sun And Moon Mina Trial Guide will help you with the entire trial that will see players fighting Trial Captains to earn Flower Petals.

Players will get to start this trial once they have defeated the Ultra Necrozma. This guide will help players step-by-step on how to complete the trial and earn all the FLower Petal.

Pokemon Ultra Sun And Moon Mina Trial Guide will detail all there is for the players to complete the trial and defeat the Totem Ribombee.

Once you have defeated the Necrozma and captured it, you will be able to continue your journey through Pokemon Ultra Sun and Moon’s world. Trial Captain Mina will be available at the Altar in Poni Island, so travel to the island and start the trial by talking to her.

Mina Trial will see you battling against Mina Trial Captains and will ask you nothing else. Your first battle will be with Mina herself. You will find Mina in the Wiscash-shaped boat in the Seafolk village.

Upon entering, she will ask if you are here for the trial. Tell her yes, and the trial will begin. You will have to defeat her in battle in order to proceed to the next Captain.

She possesses three Level 51 Pokemon, which Granbull, Ribmobee, and Mawile. Defeat her and you will get a Pink Petal and then Mina will tell you to fight other Mina Trial Captains on the previous islands to earn all the petals.

You will also receive 6,120 Pokedollars upon defeating her.

Defeat Ilima
After having defeated Mina, come back to ask her of the whereabouts of Ilima. She will tell you that he lives on Route 2, where the Verdant Cavern is. If you cannot still find him, you can take help from the trial guide there as well.

Ilima is located at Hau’oli Cemetery on Melemele Island, travel there and you will find Ilima in the middle of the cemetery.

However, before that, you will encounter Hau, who shall give you a Max Elixir to use ‘when the battle keeps dragging on’. Once you see him, talk to him to start the battle and defeat him.

Captain Ilima possesses a Level 51 Gumshoos, Level 51 Komala and a Level 51 Smeargle. Once it is done you will get the Orange Petal as well as 6,120 Pokedollars. Ilima can also take you to the next Captain if you want her to. Will save you a lot of trouble.

Travel to the location and talk to her to start the battle. She has three Level 51 Pokemon namely, Tsareena, Trevenant, and Shinotic. Defeat her and she will give you the Green petal and simultaneously Lana will give you the Blue Petal.

Defeat Kiawe
Kiawe is located at the Wela Volcano Park. Both Lana and Mallow will accompany you to the location. The travel guide to the right of the barricade can help you heal your Pokemon as well.

After a short cutscene, the battle will begin. Captain Kiawe has Level 51 Arcanine Talonflame and Marowak. Once you defeat him, you will have to battle Hiker David. Defeat him to earn the Red Petal. He will then guide you to the Hokulani Observatory where your next challenge lies.

Defeat Molayne
Find Molayne at Hokulani Observatory. Before that, there is a Pokemon center right outside where you can heal your Pokemon before you go back to battle.

Get there and you will learn that Molayne has made Sophocles the Trial Captain. He has three Level 51 Pokemon, including Togedemaro, Magnezone and Alola Golem. Defeat him to get the Yellow Petal. He will then lead you to the Aether House to your next Captain.

Defeat Nanu
Travel to Aether House to battle with Nanu as Acerola will have left him behind. Outside the Aether House, on the stairs, you will encounter Hau and Guzma.

And after a cutscene, you will get a Grip Claw. Nanu is not actually a Captain but a Hakuna. You will not have to defeat him and he will just give you the Purple Petal.

Once this is done, head back to Mina in the wiscash-shaped boat in the seafolk village. Give her all your petals and she will return them in the form of a Rainbow flower.

How to Defeat Totem Ribombee
Get back to Mina and the Petals will be put together which will create a Rainbow Flower. Then you will get to fight with Totem Ribombee. The battle will prolong as Ribombee will call ally Pokemon like Pelipper. Defeat this Pokemon and you will get Fairium Z.

That is all about our Pokemon Ultra Sun And Moon Mina Trial Guide with tips on which trainer s to fight and how to get all the petal. If there is anything else that you would like to add, let us know in the comments section below!