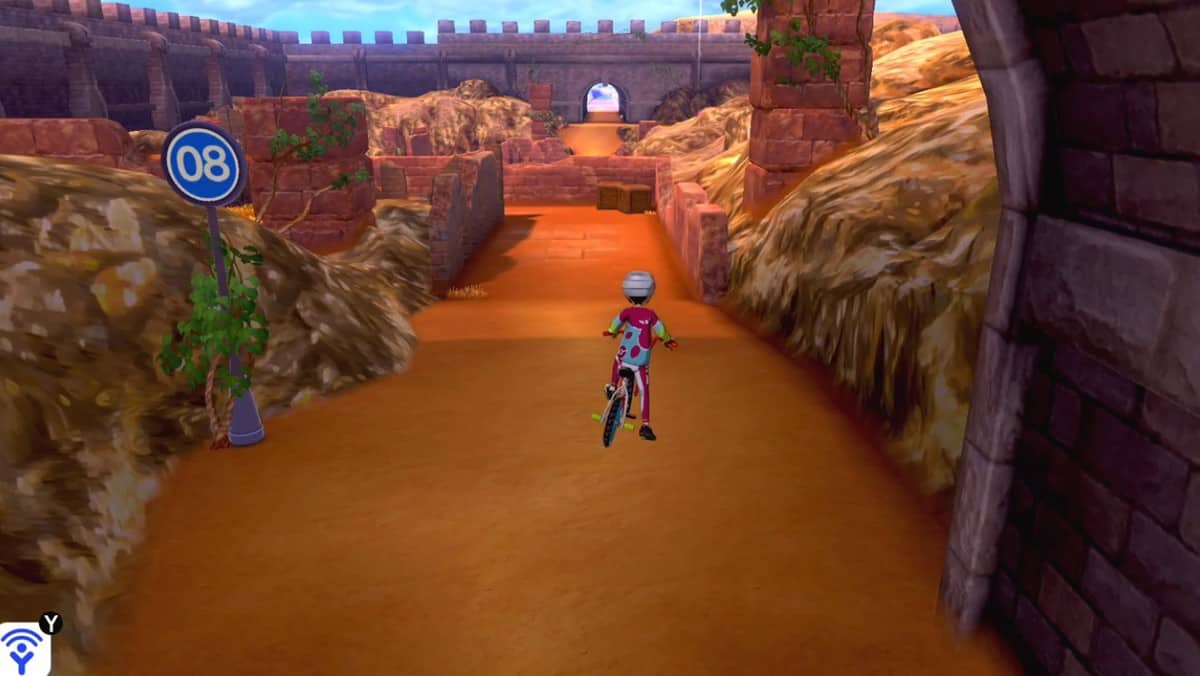 After the completion of Route 7, you will directly enter route 8 in Pokemon Sword and Shield. During your adventurous journey in the Pokemon world, you must have known that you need to make your way through the whole route surveying for the pokemon to fight and catch.

Route 8 is no exception, in fact, you will have to walk a little more and take your time exploring this route as here you will find some rare pokemon that you have not seen or heard of before on your journey, so fasten your seat belt and start the Pokemon Sword and Shield Route 8 Walkthrough.

So at the start of Route 8 journey, you will notice it is a route filled with ruins of an ancient city, just follow the path, you will see after a while the path splits into two.

On the left, there is nothing but a cheeky Trainer’s Tips sign, so let’s just ignore that and get to the path on the right.

After climbing, you will face your first Pokemon trainer Doctor Joanna, she will have two pokemon for you to fight.

After you are done with the doctor on Route 8, climb up the ladder and take the path that is less visible to the south and you will go to the Shiny Stone. From there, take the downward stairs and then climb up another ladder at your left and you will find TM96 Smart Strike.

After that, go back to the intersection and there will be another ladder, climb that ladder down and you will find three Hyper Potions in the left corner.

Again climb up the ladder after getting those Hyper Potions and then up, down, up and down again, then again down the ladder, then make your way through the grass and the wild Pokemon, you will find a hidden Elixir box near the wheelbarrow on your left. Then jump off the little ledge and go around the tall grass area and you will get Luxury Balls.

Then keep going on the path that is towards your left, here if you go all the way to the left after Falinks, it will give you a Max Revive.

There are some stairs on the left, you will see a trainer walking up and down the stairs, she is Barbara, she will also have two pokemon to fight.

After defeating Barbara, walk up the stairs where you fought her and look for hidden Big Nugget, you will find it in the corner.

Get back down the stairs and move from that tall grass on the right and you will face another trainer, Musician Charles will be waiting right in front of you. He will have only one pokemon for you to beat.

Now climb down more stairs and move through the area, dodging those charging Falinks and keep your eyes open for King’s Rock you will find it in the center. There is also a hidden Nugget between two Falinks den.

Now get up the stairs and these will be the last stairs of the route and take the left and walk behind the wall. Here a Crustle will block your way but you can easily fight and catch it.

Moving past the Crustle, you will reach the TM43 Brick Break. Near the next tunnel, just before entering you will run into Colleagues Alison and Jordan and you will have to fight there Pokemon as well.

There is the camp site after you fight the trainers, past that camp site will be Terrain Extender, get that and then get into the tunnel. From tunnel you will go to the Steamdrift of Route 8.

Steamdrift (Route 8)
This is the colder part of Route 8 and you will find some ice type Pokemon here before the route is over. You will find two hidden Star Pieces in the north part of the first tall grass patch. Here you will see a Police Officer Bobby who is also a trainer and ready to fight, he is two Pokemon.

After that, just head across the next bridge and get into the town of Circhester.