How To Defeat Grusha (Glaseado Gym Leader) In Pokemon SV 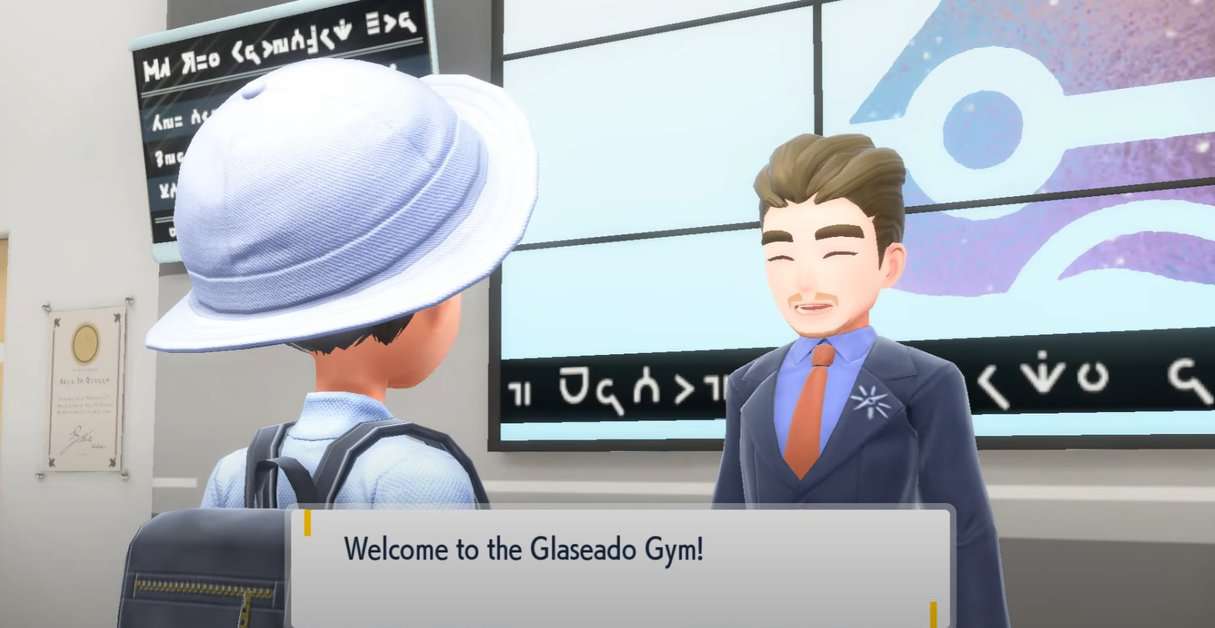 Glaseado gym is the hardest gym to conquer during your journey through Pokemon SV. Glaseado gym hosts the most powerful Gym leader, Grusha, and you might have to fight him before heading to the Elite Four.

This gym is located atop Glaseado Mountain, and there’s very little else other than the gym itself, along with the battle arena and a small settlement. Glaseado gym features Ice-type Pokemon, so come prepared with your best Fire-type and Water-type Pokemon.

Like all other gyms, you must pass the Grusha gym test in Pokemon Scarlet and Violet before you fight the gym leader Grusha. You also must be well prepared with high-level Pokemon, as the recommended level for Gladeado gym is 47.

A tailor-made team is a must before you attempt to fight Grusha. Here’s a detailed walkthrough of the entire gym fight, starting from the Glaseado gym challenge to the battle with Grusha in Pokemon SV.

How to complete the Glaseado Gym test

Starting with the challenge, you’ll find it relatively easy. The snow slope run is one of the easiest gym challenges in Pokemon SV. All you have to do is get on your mount and go down the mountain in less than 90 seconds.

Try not to miss the rainbow barriers as it can add 5 seconds to your time. When you’ve completed this challenge, you can finally start the fight with Grusha.

Below are the Pokemon you can use to beat Grusha easily:

At first glance, Grusha’s squad in Pokemon Scarlet and Violet can be super intimidating. They’re high level and Grusha is known to be the strongest gym leader in the game.

He brings out a primarily Ice type centered Pokemon team. But every Pokemon has a weakness, and you can exploit their weakness for the win. For each Pokemon, there is a viable strategy. Starting with Grusha’s first Pokemon:

Grusha will bring out Frosmoth as his first Pokemon when you start his fight. Ice-type Pokemon are weak to four different Pokemon types Namely: Fire, Rock, Fighting, and Steel.

You can use any of these Pokemon types or our recommendation, the new Fire starter you get in Pokemon SV: Fuecoco. Fuecoco’s evolved form, Skeledirge will stomp Frosmoth into the ground relatively easily.

The second Pokemon Grusha brings out is Beartic. Beartic has some moves like Earthquake and Aqua Jet that will destroy a fire-type Pokemon.

Make sure to switch out to a more viable option like Machamp or Lucario to stomp Beartic into the ground without taking too much damage. If you pick Lucario make sure to use some fighting-type TM’s for extra effectiveness.

Cetitan is where you’ll hit a wall with Grusha. It’s the third Pokemon in his roster and it has a water-type move that will again wipe out any fire or ground-type Pokemon you have.

It’s still recommended to use a fire-type Pokemon since you’ll still do a ton of damage. It’ll be sort of a glass canon when you face Cetitan so keep that in mind.

Altaria is Grusha’s final and strongest Pokemon. Going into this fight you have to keep in mind that Grusha’s Altaria has multiple moves of different types. He has Moonblast, a Fairy-type move, along with Hurricane which can confuse your Pokemon.

A viable strategy for defeating Altaria would be to use a Pokemon with high speed that can do physical attacks. Do not use Fighting-type Pokemon as they will be completely wiped out by Moonblast.

You can use Skeledirge just like with Frosmoth or any viable high-level Steel or Rock-type Pokemon.

As mentioned in the above section, Ice types have loads of weaknesses but with the different types of moves they can do, your options can become limited.

The hardest gym battle in the game gives you some more than worthy awards. You get 8640P along with the Gym badge of Glaseado. Following this victory, you’ll be able to train Pokemon more easily and also have an easier time catching High-level Pokemon in the wild.

You’ll also get TM124 Ice Spinner which is an ice-type attack that deals physical damage.