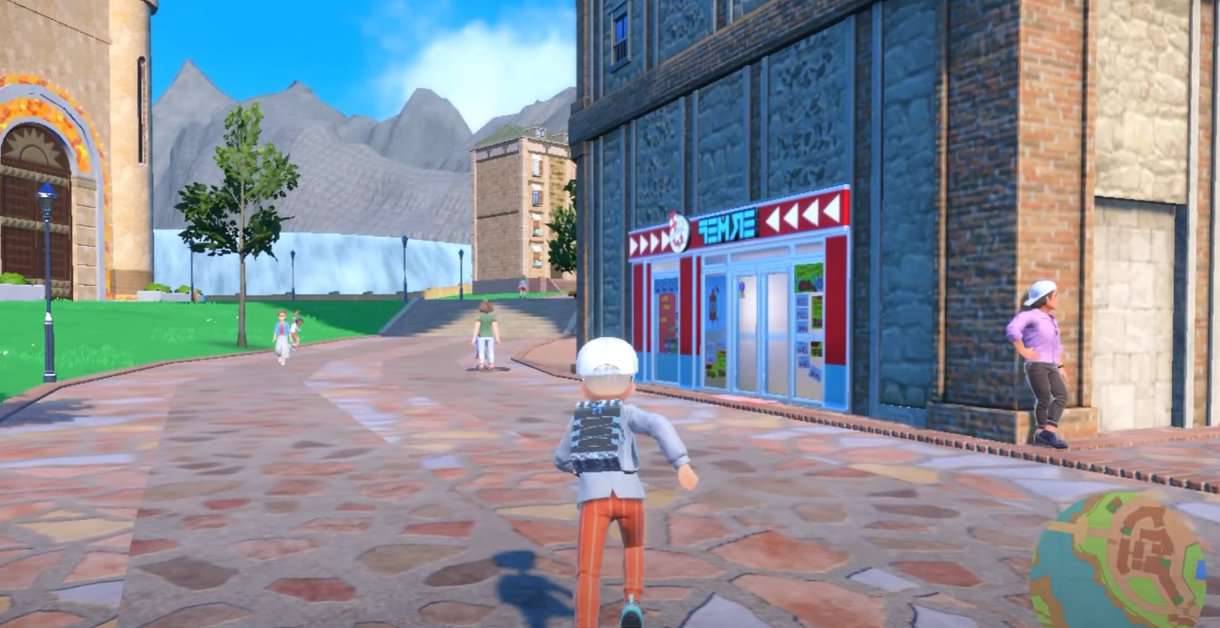 Becoming the reigning champion in Pokemon SV will take you on a long and tedious journey of multiple battles which will end with a mighty battle against the formidable Pokemon Champion. To reach the Pokemon Champion in Pokemon SV, you’ll be required to defeat the 8 gym leaders, as well as the 4 elites, alongside a series of questions and answers that’ll make sure to test your wits.

Without further ado, let’s take a look at the Elite Four in Pokemon SV, as well as the reigning champion, and how you can defeat them with ease.

Where to find the Pokemon League

You’ll find the Pokemon League and Elite Four in Pokemon SV on the outskirts of the Mesagoza. From the city center, head northwest till you notice an intimidating series of stars, leading toward a large open gate, which is shrouded in darkness. Enter this gate, and you’ll be on your way to the Pokemon League.

Once you’ve made your way inside, you’ll come across Rika, sitting across a desk in front of you. Upon interaction, she’ll give you a bunch of questions that you’ll be required to answer before you can fight against the Elite 4 in Pokemon Scarlet and VIolet.

The questions provided by Rika are required to be answered correctly, but if you choose the wrong answer, there is nothing to worry about since you exit and re-enter the league to try again.

Here is the list of questions that Rika will ask you, and all the correct answers that you’ll be required to provide her with.

Q1: How did you get here today?

Q2: Please tell me the name of the school you’re enrolled in?

Q3: So, what brings you to the Pokemon league today?

Ans: I came to be a champion

Q4: Now, what do you intend to do if and when you become a champion?

Ans: I want to find treasure

Q5: Which of the 8 gyms gave you the most difficulty?

Ans: You can choose any answer here.

Q6: And what was the name of the Gym Leader that you faced there?

Ans: Answer in accordance with the last question, and match the gym leader with the hardest gym that you’ve selected

Q7: Do you remember which type of Pokemon the Gym Leader used?

Ans: Once again, match the Pokemon with the Gym Leader, and answer in accordance with the last answer

Q8: What was the category of the Pokemon you chose to be your first partner?

Ans: This answer depends upon the starter Pokemon that you’ve used.

Q9: Remind me, what do you intend to do if and when you become a champion?

Ans: I want to find treasure (the answer given here must be the same as the one given for the second question)

After having answered all of Rika’s questions, she’ll congratulate you and let you to walk through the doors allowing you to meet the first of the four elites.

How to defeat Rika of the Elite Four

Rika, the same person asking you the questions will be the first elite four member you will go up against in Pokemon SV. She is a ground-type specialist, which will allow you to exploit her weakness to grass, water, and ice-type Pokemon to your advantage.

The Pokemon she’ll be using are:

The first Pokemon Rika will use is Whiscash, so make sure to have a strong grass-type Pokemon ready, since it’ll allow you to take out Whiscash with ease.

Second, you’ll be facing Camerupt, which is weak against water-type Pokemon. The third and fourth Pokemon are just ground-type Pokemon, which can be hammered down using the same strategy.

As for the last Pokemon, use a water-type Pokemon to defeat it instead, since grass-type Pokemon are weak against Clodisre’s poison attacks.

The battle is really straightforward, and if you play your cards right, you’ll remain relatively unscathed until the end.

How to defeat Poppy of the Elite Four

The next opponent you’ll be facing is a small chubby child, named Poppy. She’ll be using steel-type Pokemon so it is preferable for the players to have strong Fire, Ground, and Fighting-type Pokemon on their teams.

Poppy will use the following Pokemon against you:

Your preference/choice here should be a strong fire-type Pokemon such as Skeldirge or Armarouge. Be careful as well, since when going up against Brozong, the 3rd Pokemon Poppy will use against you, it’ll deal a heavy amount of damage to your fire-type Pokemon. Swap it out with Pokemon such as Lokix, or Volcrano instead, since it’ll make dealing with Brozong a breeze.

How to defeat Larry of the Elite Four

The previously normal-gym Larry is back, but this time with a different time and he definitely won’t hold back this time. Larry’s team consists of flying-type Pokemon this time, so to make this battle easier, it is preferable to bring out your best electric, ice or rock-type Pokemon into play.

Larry will be using the following Pokemon against you:

Use your ice or rock-type Pokemon first up until Larry brings out his ace. To battle his ace, you should bring out your electric-type Pokemon such as Bellibolt.

If you don’t have a strong electric type on your team, you could instead use the ice-type Froslass, or the rock-type, Baxcalibur.

How to defeat Hassle of the Elite Four

The last one of the Elite Four is a bit challenging since Hassle uses dragon-type Pokemon that can significantly drain your Pokemon’s health with one hit. It is preferable to bring out your best fairy-type Pokemon to deal with him.

Hassle will bring out the following Pokemon to battle against you:

After you’ve defeated Hassle, Rika will heal your entire team, so you’re not required to heal before facing the final champion.

Similar to many other Champions, Geeta has mastery over all types of Pokemon. This makes her a formidable opponent, which can only be defeated by playing the right cards.

Geeta will be using the following Pokemon against you:

This should give you an idea that Geeta’s team is diverse, but since by this point the players also have a diverse team of Pokemon available, there is nothing to worry about.

Use this to your advantage and counter properly to her Pokemon by switching your Pokemon when prompted, since it’ll help you gain an upper hand in each battle.

Watch out for Geeta’s ace, which is Glimmora. This Pokemon is a rock/poison-type Pokemon, which upon terastallization turns into a rock-type Pokemon. To make this encounter easier, make sure that you have a good fighting-type Pokemon on your team, which is healed up before going up against Glimmora.

Once, you have defeated Glimmora, you’ll be crowned the Champion of Paldea in Pokemon Scarlet and Violet!