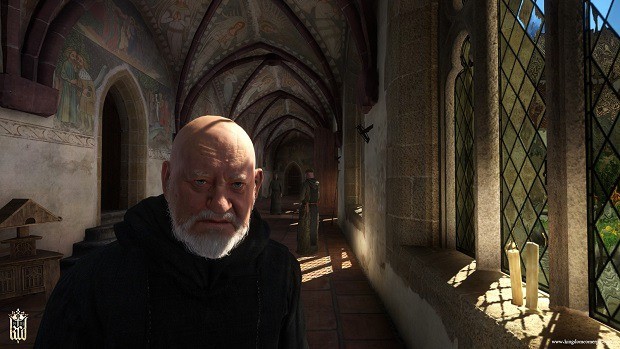 This Kingdom Come: Deliverance Alchemy Guide will help you learn how to brew different Potions, collect required ingredients, and how to carry out the brewing process.

Be sure to check out our Hunting Guide, Romance Guide, and Weapons Guide.

To create the world as immersive and close to Bohemia in 1403, the developers of the game have incorporated real-life recipes for herbal medicines.

As a player; knowing how to brew Health Potions, herbs to boost stamina, even for manually saving the game (Saviour Schnapps), is essential for survival and victory. For this purpose, the player has to collect various items scattered throughout the kingdom.

Below is a comprehensive and complete Kingdom Come: Deliverance Alchemy Guide to the various Potions in the game and how they may benefit the player.

To start your journey as an alchemist, you’ll have to go and talk to the apothecary, Rattay. He can be found at the western end of the town between the Armor smith and the Church. He will teach you your first lesson for a total of 60 groschen.

You can collect various ingredients for your brewing needs out in the world. Alternatively, if you feel like seeking out individual items is a bit too much work, then go ahead and just buy the items from an apothecary.

Alchemy Benches
To start the process, you’re going to want to get your hands on an alchemy bench; conveniently, you can find one right behind the apothecary. Enter through the door to the shop, and you’ll find a bench in here. You can find two more in Sasau, with both benches in the Monastery. You’ll discover a few more here and there throughout your journey.

Let’s get Cooking!
Brewing is a lengthy process, and it’s not as simple as just clicking once and getting done with it.

Considering how time consuming the process can be, it’s best to approach brewing potions that take the least amount of time. There is a total of four potions you should be able to make in order to level up fast.

All of the above-mentioned potions have simple recipes, and you have the liberty to make one error during the process.

Witcher (Level 3)
Potions fill you up 30% less, allowing you to drink more.

Trial and Error (Level 5)
Able to make one extra mistake without affecting the result.

Venomous Blade (Level 5)
Poison effect lasts on a blade for a longer duration.

Bundle Alchemist (Level 10)
Successfully brewing a potion, you will get one extra. Won’t work for auto-brew.

Routine I (Level 10)
You can auto-brew potions brewed once before, but you can brew only one.

Routine II (Level 13)
Auto-brewing makes 3 potions for the cost of one.

Antidote
Materials: Aqua, Nettle (1), Charcoal (1), Thistle (2)
Cures poisoning. Drop the thistle in the cauldron, and boil for two turns. Then add the nettles, and boil for one turn, leave to cool. Finally, add the charcoal, but do not boil!

Bivoj’s Rage
Materials: Vinum, Cage mushroom (1), Sage (2), Wormwood (1)
Increases strength, effectiveness, and alertness in battle. Grind the wormwood. Throw the sage in the cauldron, and boil for two turns. Leave to cool, add the wormwood but do not boil. For better effect, add the cage mushroom, and distill.

Digestion Potion
Materials: Spiritus, Mint (1), Chamomile (2)
Reduces overstuffing by 20, and cures food poisoning. Grind the chamomile. Drop everything in the cauldron, and simmer for one turn.

Cockerel
Materials: Spiritus, Valerian (1), Mint (2).
Restore energy and strength. Grind the mint, and boil it for one turn. Add the valerian, and boil for two more turns. Distil.

Saviour Schnapps
Materials: Vinum, Nettle (1), Belladonna (2)
Saves the game at the point of drinking it. Boil the nettles for two turns. Grind the belladonna, and drop it in the cauldron, and boil for one more turn.

Marigold Decoction
Materials: Aqua, Nettle (1), Marigold (2).
Cures light wounds, and hangover for one minute. Drop the nettle in the water, and cook for one turn. Leave to cool. Drop in the marigold, but don’t boil it anymore.

Lazarus Potion
Materials: Aqua, Valerian (1), Comfrey (2).
Restores health to the maximum, and hangover is cured. Boil the valerian for one turn. Grind the comfrey, and add it to the valerian, and boil for one turn. Distil.

Embrocation
Materials: Oleum, Wild boar’s tusk (1), Eyebright (1), Poppy (1), Valerian (1).
Increases agility, and defense by 5 for 10 minutes. Drop the poppy, and valerian into the cauldron, and simmer for two turns. Grind the eyebright, and drop it into the cauldron, but do not boil. Finally, drop in the boar’s tusk.

Lullaby
Materials: Oleum, Poppy (1), Herb Paris (1), Thistle (1).
User falls to sleep, energy reaches zero. Drop the poppy in the cauldron, and boil for one turn. Leave to cool, and then add the herb Paris.

Buck’s Blood Potion
Materials: Oleum, St. John’s wort (1), Dandelion (1), Comfrey (1)
Increases endurance-boosting stamina by 50% for 10 minutes. Grind the St. John’s wort. Drop the St. John’s wort, and comfrey into the cauldron, and boil for one turn. Leave to cool. Add the dandelion but do not boil.

Aqua Vitalis
Materials: Aqua, Dandelion (2), Marigold (1)
Increase spirit, and strength. Grind the marigold. Boil the dandelions for one turn. Add the marigold, and boil for one more turn. Distil.

Aid for Merhojed
Required Items: Water + Valerian 1x + Thistle 2x + Charcoal 1x | Spirits + Valerian 2x + Wormwood 1x
This remedy essentially cures all the infected. When brewing it with Thistle, you need to drop the Thistle in the cauldron and boil it for two turns. Now add Valerian and boil for another turn. After leaving it to cool, add Charcoal but do not boil.

For the recipe not involving Thistle, you need to drop Valerian in the cauldron and boil for three turns and leave it to cool down. During this time, grind the Wormwood and drop it without boiling the mixture.

Amor Potion
Required Items: Wine + Marigold 1x + Chamomile 1x + Wormwood 1x + Antlers 1x
This potion increases your Charisma by +5 for 10 minutes. To brew it, you need to drop ground Antlers and boil for one turn. Now drop Marigold and Chamomile followed by boiling for another turn. Finally, grind the Wormwood and add it without boiling.

Artemisia Potion
Required Items: Spirits + Wormwood 2x + Sage x1
This potion increases your Strength and Warfare by +5 for 10 minutes. To brew it, you need to drop the Sage and boil for one turn. At this point, grind the Wormwood and drop it followed by cooking for two turns. Finally, distill and you should be good.

Bane Potion
Required Items: Wine + Wormwood 1x + Belladonna 2x + Fly Agaric 1x
Using this potion will cause you to lose 110 Health Points. To brew it, you need to boil Wormwood for two turns and leave it to cool down. During this time, grind the Belladonna and add it without boiling. Lastly, add Fly Agaric and distill.

Dandelion Syrup
Required Items: Water + Dandelion 2x + Mint 1x + Honeycomb 1x
This potion increases your Health Points and provides comfort during cough. To brew it, you need to grind the Mint and drop the Dandelions in the cauldron followed by boiling it for one turn. At this point, add the Mint and boil for another turn. Lastly, add the Honeycomb to prepare it.

Dollmaker Potion
Required Items: Spirits + Herb Paris 2x + Valerian 1x
This potion decreases your Combat Skills by -5 for 10 minutes, reduces your Stamina by 50%, and restricts your ability to sprint. To brew this, you need to drop Herb Paris and boil for three turns, grind Valerian, and leave it to cool down. At this point, you need to drop Valerian in the cauldron without simmering and boiling. Simply distill to prepare it.

Hair O’ the Dog Potion
Required Items: Water + Mint 1x + St. John’s Wort 1x + Sage 1x
This potion counters the effects of Alcoholism and cures hangovers but also reduces your Charisma by -2 for 1 hour. To brew it, you need to boil St. John’s Wort and Sage for three turns and leave the mixture to cool down. After grinding the Mint, drop it in the cauldron and stop boiling it.

Mind Enfeeblement Potion
Required Items: Wine + Sage 1x + Thistle 2x
This potion makes a fool of the imbiber. To brew it, first, you need to grind the Sage and boil the Thistle for one turn. Once done, drop the ground Sage into it and boil for another turn. Lastly, distill to prepare the potion.

Padfoot Potion
Required Items: Water + Valerian 1x + Eyebright 1x + Chamomile 1x + Cobweb 1x
It increases your Lockpicking, Pocketpicking, and Stealth by +5 for 10 minutes. To brew it, you need to drop the Cobweb and Eyebright in the cauldron and boil them for three turns. Once done, add the ground Valerian into the mixture and boil for another turn. Let it cool down and add the ground Chamomile without boiling to prepare Padfoot Potion.

Poison
Required Items: Oil + Herb Paris 2x + Thistle 1x
You can give it to someone to have their HP deplete by -50 gradually. To brew it, you need to drop Thistle in cauldron and boil for one turn. After leaving it to cool down, add Herb Paris but do not boil to brew your homemade Poison.

Preserver
Required Items: Oil + Nettle 1x + Mint 1x + St. John’s Wort 1x
This potion essentially allows you to prolong the life of your edibles and can also turn rotten food into somewhat edible state. To brew it, you need to grind the Mint, Neetle, and add them to cauldron followed by boiling the mixture for one turn. At this point, simply add St. John’s Wort without boiling and distill to prepare the Preserver.

Tiredness Potion
Required Items: Oil + Chamomile 1x + Poppy 2x
Looking to spend a day lazy and not doing anything, this is the perfect potion to brew. To do so, you need to boil Poppy for one turn, grind the Chamomile, and add it followed by boiling for another turn. As simple as that!

Vitality Potion
Required Items: Water + Marigold 1x + Dandelion 2x
Under the effects of Vitality Potion, you will receive 50% less wounds from strikes. To brew this concoction, you need to grind the Marigold, boil the Dandelions for one turn, and add the Marigold followed by boiling for another turn. Lastly, distill to prepare the potion.

Witch Potion
Required Items: Oil + Marigold 1x + Belladonna 1x + Herb Paris 1x
This potion will enhance your hallucinations and anxieties for a short while. In order to brew it, you need to boil the Herb Paris for one turn, grind the Marigold, and add Marigold before boiling for another turn. Now grind the Belladonna and add it to cauldron without boiling anymore to prepare Witch Potion.

This is all we have in our Kingdom Come: Deliverance Alchemy Guide. If there is anything else you would like to add, let us know in the comments section below!