How To Join The Companions in Skyrim 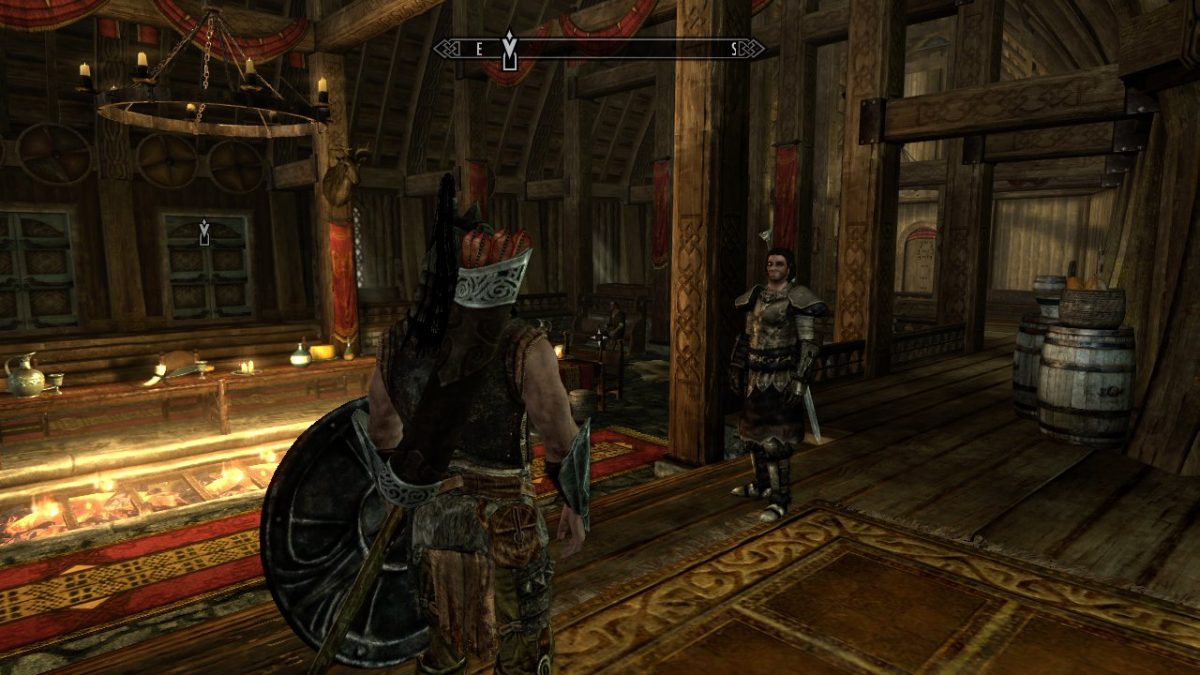 Join The Companions in Skyrim

To join the Companions, you need to complete a series of tasks to prove your integrity and honor. Some tasks will be performed on your own; these are simple tasks as delivering items or fighting a fairly easy brawl or sword fight with one of the Companions.

To start off, go to Jorrvaskr, found on the east side of Whiterun and talk to Kodlak in the basement. This will start your quest of joining the Companions.

Following that, Vilkas will accompany you and teach you some basic skills. it’ll take just a while, once you’re done, you will have to deliver the sword of Vilkas to Eorlund the blacksmith. He is at the Skyforge where you will find him near the training ground, on the right-hand side.

The Proving Honor Quest is a lot more demanding than the first section of the quest. It’ll start when Farkas tells you that Skjor is looking for you. Go and talk to Skjor.

Skjor will task you to finding the battle-ax Wuuthard. Accompanied by Farkas, you’ll embark on this quest who is one of the most skilled warriors of the Companions. So, let him do most of the fighting while you support him.

The quest will lead you to a dungeon with vampires and tough goons. Although there is a strong/master vampire who is pretty tough to kill unless you’re level 10+. The Vampire is pretty good in draining your stamina so block more and attack less.

Once you have done the quests with Farkas, you can then make him your follower. Farkas is a good fighter but you can’t trade items yet. Go to the Dustman’s Cairn – Northwest of Whiterun.

The dungeon is full of Draugrs, just let Farkas do all the fighting and make sure you cover his back. There is a lever in the small room (eastern side). When you get to this spot you’ll be dispersed from your follower – Farkas, who will be attacked by a group known as Silver Hand and you will be imprisoned in the act.

But there is nothing to worry, Farkas is a werewolf and he can take care of himself. He will free you soon. Follow the quests and keep moving forward until you get to a place where all three parties will meet each-other: You & Farkas, Silver Hand, Undead.

Be wise and let the Silver Hand fight the Undead, if both of these sides attack you then it’s going to be pretty hard. Just let them kill one another and make sure you’re at the back of Farkas and supporting him bravely.

Once that area is clear, move towards the Eastern side and you will find yourself in a long hall after crossing few rooms. There is a door on the Northern Side which is locked – The key (Dustman’s Cairn Key) is on the left side, just when you enter, inside a chest.

Now move forward and kill the spiders/enemies which come in your way. As mentioned before, don’t attract too much attention and let your followers do the major fighting.

Soon after this, you will be admitted to the Companions, for the greater knowledge and power go and talk to Skjor, Eorlund’s underforge (Night Time).

That’s all the thing you need to know to join the Companions. Be sure to your leave views in the comments below