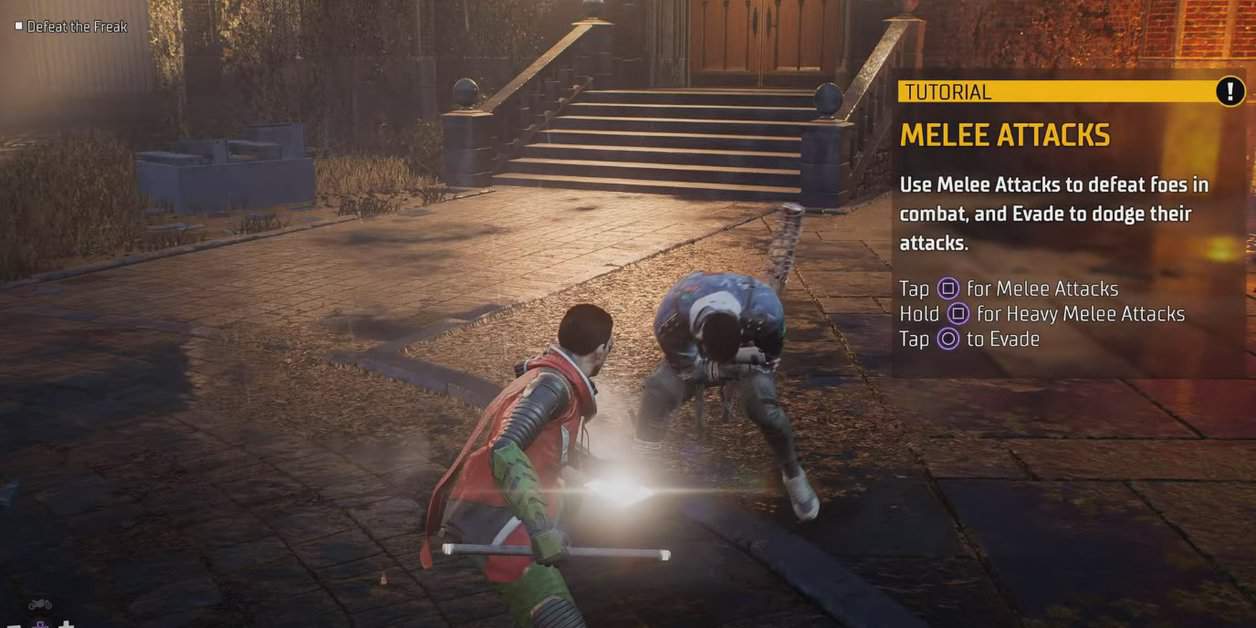 How to master the combat systems of Gotham Knights

Gotham Knights has quite a bit going for itself so you might be overwhelmed to wrap your head around things.

The first tip is straightforward: master perfect evade and timed attacks throughout the course of Gotham Knights.

To do perfect evades and attacks in Gotham Knights, you should pay close attention to enemies’ attacks and concentrate to nail Perfect Evade and Attacks. If you decide to go for an attack, go all in don’t be in two minds.

When it comes to Evade, when you see a White Circle become Jagged with menacing edges, that’s your cue to hit the dodge for a perfect evade.

The only way to land a perfect attack in Gotham Knights is if you follow up a perfect evade with a counterattack of your own.

It works best when followed by a light counterattack. It will not only send your enemies flying back, but it will also boost your confidence.

Perfect attacks result in the enemy getting stunned or large crowds being disrupted, allowing you to perform more complex actions like grabbing an enemy with ease.

As a result, instead of rushing to bottom-smash your attacks against your enemies’ targets, simply time your strikes. The perfect timed attacks will do massive damage.

All it takes is a split second between each button press and you’ll be totally rocking. The best part is that you’ll not only get increased damage output but also a glow around your weapon to make it look crisper.

It may take some time for some players to master this, so it is recommended that they practice this back at the Belfry.

Gotham Nights features two types of criminal events: Opportunistic Crime and Premeditated Crime, which are represented by a white and a red triangle, respectively.

You’ll want to fight and defeat Opportunistic Crimes in order to locate Premeditated ones. To catch the Premeditated Crimes (red ones), you’ll need to interrogate informants.

Here’s how you do it: scan the opportunistic crime suspect and save those with a question mark above their head for last.

When you have reduced their health to around 50%, the Interrogate option will pop up. This will reveal the location of the Premeditated Crimes.

Get yourself some gear mods

When you progress to around level 10 in Gotham Knights, it is recommended to get yourself mods. This will significantly improve your gameplay.

Fill up your mod slots and you’ll be able to easily clear out hordes of enemies. It is strongly advised to use mods for melee and ranged weapons.

Here’s a pro tip, use the Shock for the burst damage and some additional AOE. Also, Frost can come in handy in incapacitating enemies and also debuffing their defenses.

When it comes to mods, you can upgrade them by combining four mods of the same rarity.
However, mixing and matching different rarities is not advised because you will only end up with the mod of the highest rarity.

It is recommended that you use stealth as much as possible in Gotham Knights because it can provide you with unparalleled benefits. It can, for example, assist you in taking down half or an entire group of enemies with silent takedowns.

This will come in handy when you don’t have the tools to deal with a mob of enemies at once. Characters like Robin, in particular, can use stealth to take down large brutes.

The environmental hazards can also be used for some creative team wipes. For example, you can hit at random locations to lure enemies and then wipe them out from the shadows.