How To Do A Timed Strike In Gotham Knights 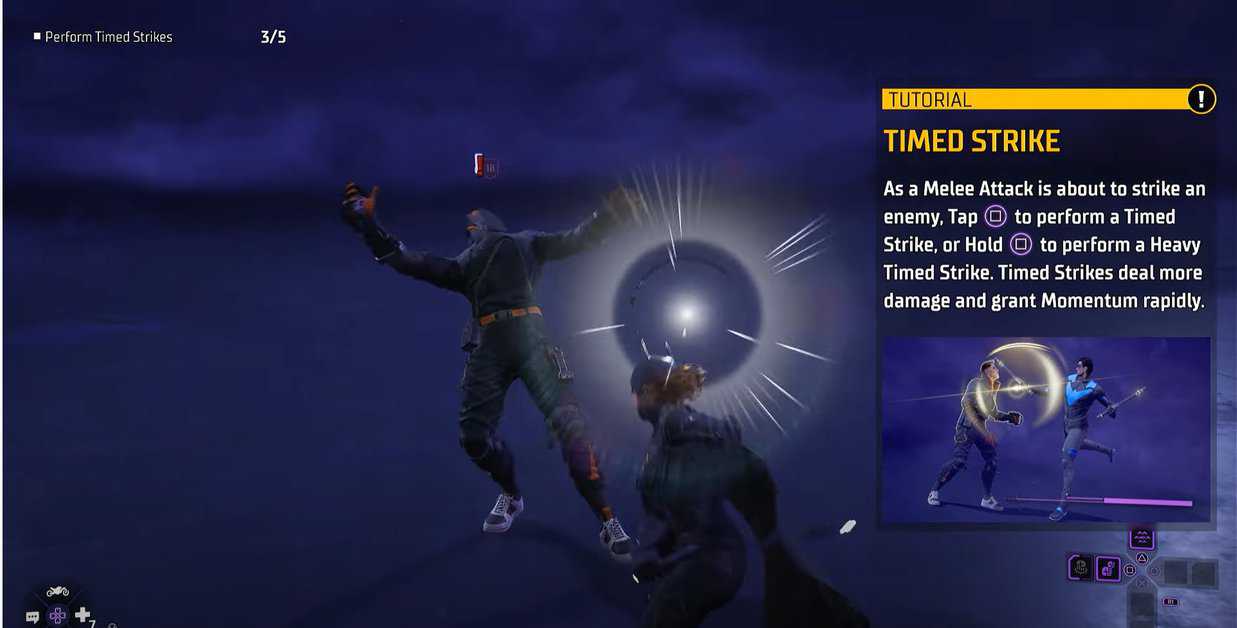 In Gotham Knights, learning timed strikes is an objective of the Knighthood Questline. Players are required to complete this series of quests to unlock an improved traversing system and their character’s abilities.

The Timed Strike is an attack dealt with after building momentum to deal higher damage. The following guide will help you successfully perform Timed Strikes.

Best ways to master a Timed Strike in Gotham Knights

Timed Strikes are perfect when facing off against a stronger enemy or several enemies, as it builds momentum to deal a greater amount of damage compared to a normal strike.

Timed Strikes are tricky to execute since no proper indication is given to time the attack.

To perform a successful Timed Strike:

Completing the Timed Strike training is necessary to complete the Knighthood Questline. To do so:

Completing the tutorial proves difficult when playing with Red Hood since he performs ranged attacks.