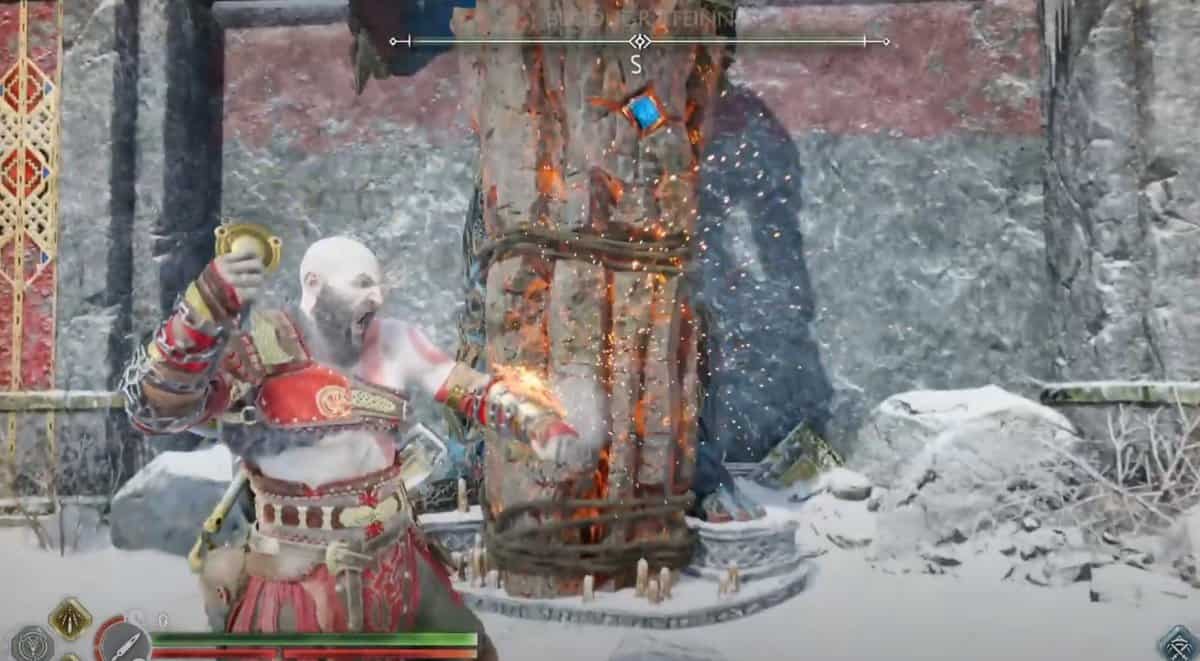 In God of War Ragnarok, Mystical Heirloom is a relic used to awaken four Troll statues found in the game. After equipping the Mystical Heirloom, you can challenge the awakened trolls into a fight.

Defeating the Trolls will get you Slumbering Stones that you will use for crafting a secret armor set called Steinbjorn. This guide will cover everything you need to know about how to get your hands on the mystical heirloom in God of War Ragnarok and how to find the troll statues.

How to get Mystical Heirloom

Reach main quest number 10, called the Forging Destiny, to get the Draupnir Spear. Afterward, get southwest of Tyr’s Temple to reach the Lost Treasury.

There you will find an Ice crag with steam blowing out. Hit the spot from where the air is coming out with the Draupnir Spear to destroy it.

Enter the hidden area behind it, and you will find the Mystical Heirloom on the ground. Now all you have to do is look for the Troll’s Statues.

Finding all the statues and defeating them will allow players to gather Slumbering Stones which are needed to craft the Steinbjorn armor.

It is pretty close to the Mystical Heirloom location. You can start from the Southwest region of the Lake of Nine in Midgard and head down the path on the bottom right.

This will take you to a chain that gets to the blacksmith Shop. There you will find the Derelict Outpost, an optional area related to a favor.

In Forbidden Sands in Alfheim, you will need to get to the far west side to find the Troll statue in an arena. You can use the Mystical Heirloom to awaken this statue for a fight. It is harder to beat than the previous one, so be ready.

To find these two Troll statues get to the River Delta in Vanaheim and follow it to Noatun’s Garden. There you will find these Trolls standing like guards on the side of the door of the easternmost building.

How to craft Steinbjorn armor in God of War Ragnarok

After defeating all 4 trolls, you will have their Slumbering Stones in inventory. Simply head to the Blacksmith and craft the secret Steinbjorn armor.

The Steinbjorn armor set is ideal for those who prefer a tanky Kratos in GoW Ragnarok as it not only provides a lot of Defense but also high chance of stunning enemies whenever they attack Kratos.