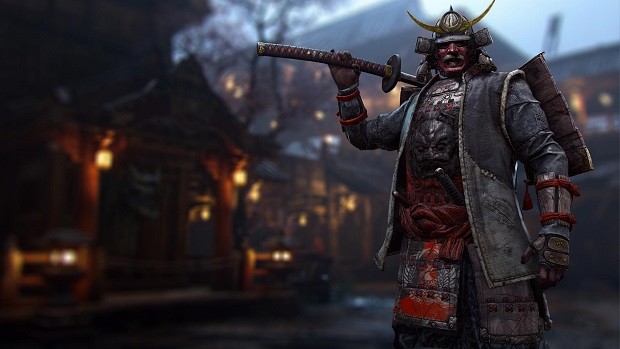 For Honor Kensei Guide to help you learn everything you need to know about playing as Kensei, playing against Kensei, and tips to win.

Kensei in For Honor can attack from a distance and can also get in the middle of a fray. With Kensei, you get the tools to effectively dodge attacks and land slow yet powerful attacks.

However, learning to play Kensei isn’t a walk in the park as it demands a good understanding of timing and spacing. Continue to practice until you get a hang of these things and you should be able to stand against any other hero in the game.

In our For Honor Raider Hero Guide, we’ve detailed everything you need to know about playing as Kensei and playing against Kensei.

Kensei can combine his heavy attacks, light attacks, and guard break into a 3-hit combo. Moreover, as long as the third attack is a heavy attack, you’ll get a special ability which is something you need to keep in mind.

However, you don’t really have to end the chain on a heavy attack. You can end the chain with a light attack, but you’ll not get the special ability at the end of the chain.

This chain can be initiated in multiple ways which is something you need to practice and use it extensively during your battles.

This is Kensei’s most powerful attack. It’s performed by landing a top-heavy attack at the end of his 3-hit chain.

Do note that the attack is fairly slow and can be dodged if not timed properly. The attack consumes a lot of stamina so don’t make the same mistakes I made when I first started playing the game and spam this attack.

You can land a guaranteed unblockable attack if you manage to land a wall stun by guard breaking into a throw, you should’ve plenty of time to land this powerful attack. Finally, do note that the attack can easily be feinted into a light side attack.

For Honor Kensei Heavy Side Attack

This is an uninterruptable attack which is performed by hitting two side attacks followed by side heavy attack. If you trade with your opponent, you’ll receive some damage, but your attack won’t get interrupted.

It’s also important to note that this attack can get blocked, parried, or dodged. Similar to unblockable attack mentioned earlier, the attack can also be feinted.

If you land a Guard Break and throw your opponent in the forward direction, you should be able to perform a stun which blurs the vision of the receiver. While stunned, your opponent should still be able to attack so don’t let your guard down.

For Honor Kensei Counters and Match-Ups

Kensei tends to struggle against the likes of Raider and Warden, but is pretty strong against Warlord, Peacekeeper, and Orochi.

As mentioned earlier, Kensei is easily one of the toughest heroes to learn and master. So basically, the things that make him stronger also make him weak when in the hands of unskilled players.

However, you shouldn’t let it bother you. If you wish to be good at playing Kensei, you need to practice his timing and get an idea of his spacing.

While playing this Vanguard, you need to be patient and try to find openings. While most of the damage output is dished out by landing heavy attacks and combos, you should never spam them because you’ll get parried by a skilled opponent.

These are some of the For Honor Kensei things that you need to bear in mind while playing this incredible hero.

Dawn of the Steel Sun
It’s performed by pressing the LMB thrice.

Spirit of the Inevitability
It’s performed by pressing the LMB, LMB, and the RMB.

Form of the Dragon
It’s performed by pressing the LMB, RMB, and the RMB.

Doom of the Kensei
It’s performed by pressing the RMB thrice.

Rushing Sweep
It’s performed by pressing Mouse-Up and RMB. It only works when you aren’t in the Guard Mode.

Grasping Pounce
It’s performed by pressing the W + Space and then the MMB.

This is all we’ve on our For Honor Kensei Hero Guide. If there’s anything else you would like to add, let us know in the comments section below!