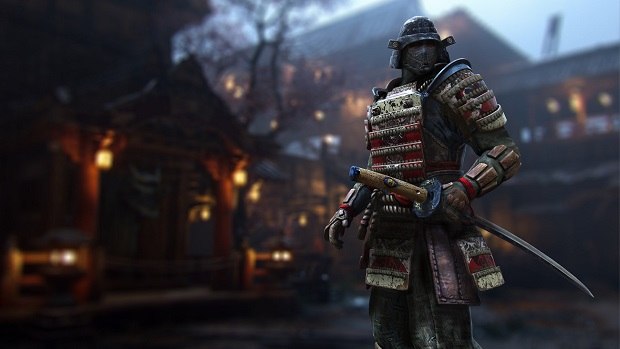 For Honor Orochi Guide to help you learn everything you need to know about playing as Orochi, playing against Orochi, and tips to win.

For Honor Orochi boasts incredible offensive power and strong counterattack capabilities. Orochi’s attacks are fast and hit hard which should give you an advantage on overly aggressive opponents.

This basically allows Orochi to change tactics on the go and in accordance with a situation. These are some of the strengths you need to keep in mind while playing as Orochi in For Honor.

Orochi can also dodge into fast attacks and possess deflect abilities. However, do note that the hero demands incredible timing when it comes to defense and is quite difficult to learn.

In our For Honor Orochi Hero Guide, we’ve detailed everything you need to know about playing as Orochi and playing against Orochi.

It’s performed by dodging in the direction of an incoming attack, just before the attack connects. This basically opens up the opportunity to land two different types of attacks.

As mentioned earlier, you can land an unblockable Wind Gust following Deflection which deals pretty a good amount of damage and can open up other opportunities. It’s definitely something you should consider practicing.

Hurricane Blast deals a lot more damage than Wind Gust, but can be avoided if your opponent strikes first. You can, however, cancel it anytime and transition it into Wind Gust to catch your opponent off-guard.

This is one of the best tools at Orochi’s disposal. It’s performed by dashing backward and pressing the heavy attack button.

Whenever you manage to connect the attack, you should immediately go in with two-hit light attack combo as the Storm Rush leaves your opponent vulnerable for a while. However, I recommend using this attack only as a counterattack because it’s well-telegraphed and can get you parried by skill opponents.

It’s also important to note that the Storm Rush allows you to attack either from the left or right side.

This is Orochi’s dash attack which can be used both as an offensive attack or as a defensive attack. The attack should basically allow you to dodge to the either side of your opponent and land a light attack at the same time.

If you’re worried about your attacks getting blocked, you can simply dodge a couple of times without attacking and then surprise your opponent. Moreover, the attack is an excellent gap closer, but should be used with caution against skilled opponents.

This attack is mostly a hit or miss for a lot of players and should be practiced before using. It’s basically a counterattack which lets you take backstep before lunging forward to land a top heavy strike attack.

It’s important to note that the attack cannot be canceled and the distance covered by Riptide Strike is less as compared to Storm Rush. Therefore, it’s possible for your opponents to back off and force you whiff your attack, resulting in a massive punishment.

As mentioned earlier, I recommend practicing this technique a little bit before using it in a battle. Lastly, do note that the attack does come really fast and can catch your opponents off-guard if you manage to pull it off at a close distance.

For Honor Orochi Match-Ups and Counters

Orochi in For Honor is weak against the likes of Warlord and Nobushi while is pretty stronger when pitted against Warden and Peacekeeper.

The reason for this is because Orochi is capable of dishing out a huge amount of damage per second and can 1v1 almost any hero in the game when in the hands of a skilled warrior. However, the hero is essentially a glass cannon and dies pretty quickly.

This is the reason why we said earlier that Orochi is arguably one of the hardest heroes to master. If you wish to do well with Orochi, you need to consistently and efficiently counterattack in order to stay relevant.

Although you have a few gap closers at your disposal, your overall range is pretty short which is combined with a low HP pool that can be drained really fast. Keep these things in mind when choosing your battles and you should be good to go.

Wind Gust
It’s performed by deflecting into the LMB.

Hurricane Blast
It’s performed by deflecting into the RMB.

This is all we’ve on our For Honor Orochi Hero Guide. If there’s anything else you would like to add, let us know in the comments section below!