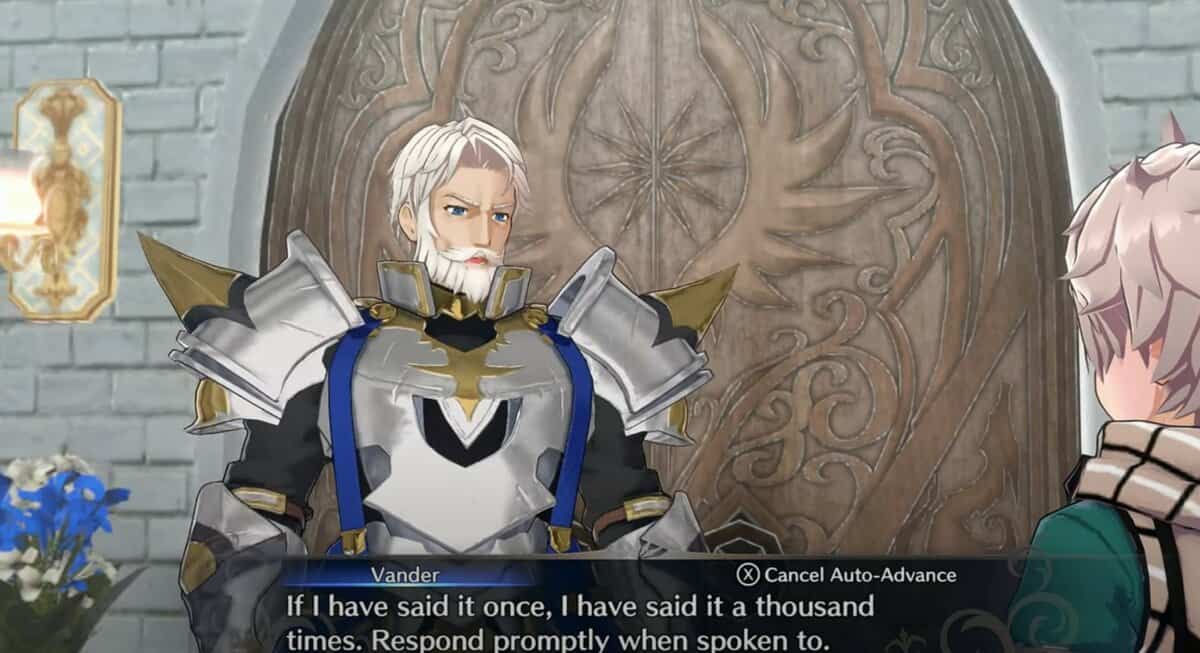 In Fire Emblem Engage, Vander belongs to the Paladin class and is one of the protectors of the Divine Dragon as well as the Dragon Child, Alear. Vander is the first support partner that players will get on their Fire Emblem Engage journey. Being a cavalry unit, he is highly mobile, because of which he can cover a large area in a single turn.

In this Fire Emblem Engage guide, we will cover everything about Vander. This will include how he can be recruited and detailed information about his skills, class, and stats. Let’s get onto it.

How to recruit Vander in Fire Emblem Engage

In Fire Emblem Engage, Vander is the first character to join Alear’s party. As soon players start the fight in Chapter 1: Awake at Last, Vander will be automatically included in your team and stay in your party for the whole game. Thus, there isn’t much hassle in recruiting Vander.

Once Vander is part of your team, carefully position him and Alear for the battle, keeping in view the region’s terrain in Chapter 1. The position of Alear and Vander will decide the damage you will deal to the enemies. Also, if there are still some enemies left in the starting area, you can just leave that to Vander and move on.

Vander has the Alabaster Duty personal skill. This skill can be very helpful if the unit is adjacent to Divine Dragon as it will grant Crit +5 during the combat to the unit and the Divine Dragon.

Being a Paladin, Vander is an Advanced class from the start so you do get to skip one tier with him. Naturally, the best class for Vander in FE Engage is Great Knight, which requires players to have proficiency in Lance (B) and Sword (B). Players must level up their bond with the appropriate emblem to obtain the necessary proficiency, which could cost them some bond fragments.

Once players have unlocked the Great Knight, Vander will have access to the exclusive skill Allied Defense. In case the unit is between an ally and an enemy during the combat, this class, through its skill, will reduce damage to the unit by 3 during combat with that enemy.

Giving characters gifts is a good practice for developing a good relationship with them in Fire Emblem Engage. Every character has some likes and dislikes, and your gift should be according to that.

Players should keep in mind that Dragon Scripture, Sewing Kit, Sheep Wool, Spirit Gem, and Quality Kerchief are the gifts that Vander hates; therefore, never give those to him.

The best gifts that players can give to Vander are

All these gifts are the perfect choices for boosting your relationship with Vander.

The best emblem choices for Vander are Sigurd and Roy.

Sigurd has the Canter skill; therefore, the unit can move 2 spaces after acting. Vander, when paired with Sigurd, becomes an expert in hit-and-run combat. He can charge from a huge distance to run into enemies, clear an entire line with Sigurd’s Override technique, and then sprint back to safety.

Pairing Vander with Sigurd will make him a travel beast, and he will be able to clear grounds quickly. Vander will also gain access to Ridersbane, a super effective lance when playing against Cavalry units.

Roy is the emblem of Binding and has a holdout skill; thus, the unit always emerges from combat with at least one HP if it had 30% or more HP at the beginning of the battle. When paired with Vander will lead the attack and set the whole area on fire with his explosive Blazing Lion. Roy’s holdout and rise-above skills will significantly improve Vander’s chances of survival.

Vander’s base stats and growth rate