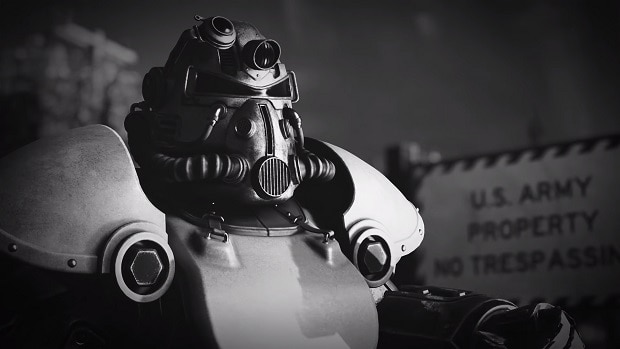 Roaming the Wasteland is no joke. Danger lurks around every corner and you always have to be prepared and vigilant to tackle any kind of situation.

For this purpose, it’s important to stick to a particular build which suits you best and is also effective against of the challenges you’ll face in Fallout 76. Below, we take a look at some of the most powerful Fallout 76 Builds in the game.

Thanks to the new S.P.E.C.I.A.L System, Attribute Points can be spent on different perks and buffs that best suit the character. These can range from focusing more on solo play, or going for a team-based build.

Others will be tailored towards the usage of a particular weapon like melee weapons, snipers etc.

Some careful planning needs to be done since points can only be earned for the S.P.E.C.I.A.L System up to Level 50 and each attribute caps at a maximum of 15 points.

With all of that away, let’s take a look at some of the builds you can decide to start working on.

This will focus on one of the other key aspects of Fallout 76: cooperation. Taking full use of grouping up with your friends and supporting them, the build will center around maximizing the Charisma attribute.

Since attributes can also be shared with a high enough Charisma level, we’ll also shed some light on healing perks and providing support by crafting more ammo and resources, and being able to carry more as well in your inventory.

This build is all about greatly increase your critical damage and critical hit chance. It’s a build that individuals who use shotguns and close-ranged weapons will take benefit from the most.

You’ll want to use shotguns and similar weapons to quickly sprint in, deal tons of damage, then flee the scene.

You want limbs flying in all directions too, because you’re a complete psychopath. Crit and Luck go hand in hand, and that’s the attribute you’ll be putting in the most points in.

You can’t tell us with a serious look that you’ve never tried to laze around sniping from long distances. Ideal for lone-wolves, this built is all about maximizing your effectiveness with long-ranged weapons, making you a sniping monster.

Additionally, you want some survivability because waiting in the brushes for your victim to pop their head (or whatever gross mutated variant of it they have) will make you hungry and cook you through radiation

This build will take use of the Power Armor to make you the ultimate defensive tank for your team. You won’t be dishing out the kind of damage you would with other offensive builds.

Instead, you’ll take a defensive approach and act as the walking, talking tank behind whom your team members will seek protection.

The *Power Armor you choose* for this build should depend on where you’re heading. We highly recommend you have access to all the Power Armors so you can select one based on the situation and where you’ll be heading.

Some may call you a grenadier. Others will just say you need help. We like to believe we’ve just adapted to the post-apocalyptic environment.

Regardless, this build is all about accepting the crazies of the world and turning them to your advantage. Expect a lot of cannibalism and explosions.

You’ll want to equip some of the meanest melee weapons for this build. There’s always going to be that one person who will love to get up close and personal, and this build is for them.

You’ll have lots of endurance, agility, and strength, with the primary focus on dishing a lot of damage while being tough as nails. It’s a high risk, high reward build for those who enjoy the thrilling in-your-face action.

This build is all about making you a drug addict. Chems offer fantastic boosts that make you a killing machine, but they have a nasty tendency to cause addiction, along with a few other effects. To help maximize the effects of Chems and reduce the addiction to as little as possible, this build will be based around Chems-based perks.

Use any weapon of choice with this build, but we recommend shotguns because being up close and personal when high is the best.

This is a fun Fallout 76 build that is great for roleplaying and can make you a real wildcard when playing in a group. It’s not the most effective min-max build, but Fallout 76 is less about being competitive and more about having sheer fun.

We know, we know, we already covered the primary melee build, but there’s a difference between holding a melee weapon and fighting with your bare fists. Don’t pretend like you never tried the popular “naked” build in action RPGs. Raise your hand if you did.

Truth be told, you can be quite powerful with such a Fallout 76 build. It’s not easy initially, but once you get your hands on some sweet fist weapons, you’ll love running around in your undies punching everything that looks mean (or delicious). You’ll be using Fist Weapons for this build.

If you’re a hoarder, you’ll love this build. It’s not the most practical in combat, but it’s wonderful for roleplaying and being a walking dumpster for your teammates. Essentially, you just collect lots of stuff for yourself and everyone else, looting corpses, canisters, drawers, and just about everything else in this world and dumping it in the nearest workbench.

It sounds boring, but when playing with friends it’s a fun role, especially when you dress up appropriately for it (and boy can you in Fallout 76).

You don’t have to utilize the Power Armor to carry heavy weapons. In fact, you’ll arguably look more badass in some rusty regular-sized armor with a huge weapon in your hand. If that doesn’t strike true fear in the heart of your foes, then we can’t say what will.

This is one of the most popular ways to play Fallout games. You pick up your favorite rifle type, and you build your entire character all around it. No sniffing about, no nonsense. It’s all about maximizing the power of your rifles, and making an infiltrator build using them.

Preston Garvey will be proud. We miss you Preston, we miss you (not really, he was annoying).

Bandolier (III) – ammo will be your most important companion as a commando (in addition to the rifles, of course), so this is the only perk you’ll need from Strength

Add in some chance to stagger and armor penetration with Tank Killer (III), and you’ll be able to take care of anything

You won’t be wearing any Power Armor, so take up Ironclad (III) for added defense

Gunsmith (III) will ensure your rifles stay in tip-top shape

Action Boy/Girl (III) will grant you plenty of AP. You’ll want to use lots of VATS for some headshots and limb damage

Rifles consume plenty of rounds, so Ammosmith (III) is essential

You may have guessed the pattern now with ammunition. Scrounger (III) is a no-brainer for this very reason with this build

And Bloody Mess (III) will make your enemies explode with your rifles. Boom!

This build is all about taking advantage of night time. This means there’s plenty of sneaking, lots of silent pistols, and a great deal of daggers. It’s a more aggressive alternative to the Stealth builds in Fallout 76 that has you slitting throats and backstabbing in the darkness, because there’s no such thing as honor in a postapocalyptic world.

Use a fast weapon like the Switchblade for melee, and a silenced pistol for ranged attacks. If you wish to use rifles instead of pistols, feel free to swap all the pistol-based Perks for rifle ones in this build.

When playing with a team, chances are you’re not going to find many with a lot of technical knowhow of the postapocalyptic world. Be a helping hand, will ya? This Fallout 76 build is all about the master crafters. If you love crafting the coolest weapons, lockpicking the most stubborn doors, and hacking the most resilient robots/terminals.

Who needs to be proficient in using weapons when you can make the meanest ones? Your teammates will thank you for your intelligence and craftiness, and you’ll have a blast roleplaying the know-it-all among them.

This build leans toward increasing the Strength and Endurance attribute more. Though it’s tailored around Solo play, the sufficient Charisma stat will enable you to do well in groups too. The build will focus on maximizing damage and keeping as much of the inventory slots available as possible. The changes in stat and the perk cards to be used as below:

Utilizing a semi-automatic scoped pistol, this build will be focused on maximizing damage from all ranges and using the VATs system rather accurately. So basically, the build will center more around combat than actual survival or stealth in Fallout 76. The perk cards below focus on agility and perception more than others.

This particular guide focuses on staying low. Yes, better safe than sorry. Instead of relying on combat, we’ll be sticking to the shadows, the shelters and only attack by approaching things stealthily. Moreover, there’s a huge emphasis on sustenance and salvaging what you can. Regaining health, keeping hunger and thirst in check, boosting resistance to radiation and diseases, this build will focus on all of that.

We’ll be looking at maximizing Endurance since a lot of the points mentioned above, lie under this skill tree. Since purifying food and water, and making them edible, is quite easy via cooking pots and boiling in CAMP, you don’t need to worry about catching diseases or radiation from these resources. After all, you need to work smart, not hard.