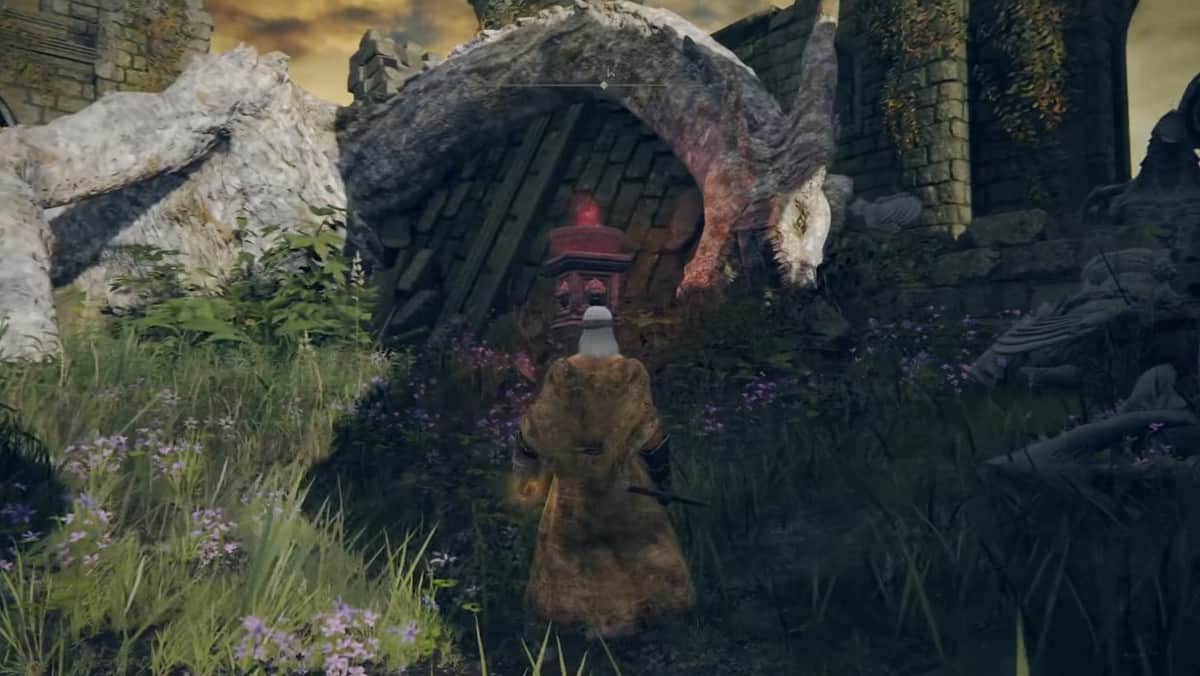 You should definitely consider visiting the Cathedral of Dragon Communion in Elden Ring for two main reasons.

It firstly offers you an enticing environment and a peaceful, safe place away from the relentless fighting and battering of the main world.

The Cathedral of Dragon Communion also offers numerous opportunities to farm crafting ingredients, learn spells, and is particularly well-known for the ability to convert Dragon Hearts into abilities.

In Elden Ring, the Cathedral of Dragon Communion is located in Limgrave. Head there and turn left immediately. Follow the path until you reach some cliffs overlooking an island.

The far-off island is the location of the Church of Dragon Communion. The question is, however, how to get to that area.

Jumping off to get to the location is not a good idea because you will take the fatal fall damage. The best route is to head northwest to find a gentler gradient that you can scramble down to reach the sandy coast.

When you reach a gentler gradient, turn back south toward the island. Look for a dark cave in the cliff wall immediately below the first Site of Lost Grace. The location is easily overlooked, so use the merchant and the nearby ruin as reference points. The cave is just before them.

The cave is the Coastal Cave and it is pitch black so you’ll need to bring a torch to see around. On your way to the cave, you can purchase a torch. The torch will cost 200 runes from Merchant Kale in the Church of Elleh.

Follow the tunnel all the way to the end. On your way, defeat Demi-Human Chiefs. Exit the cave once you’ve dealt with all of your enemies.

When you exit, you will see the light of day ahead of you and a spectacular view of the Limgrave cliffs across the water. The Church of Dragon Communion is perched on the tip of a large hill behind this cave.

What to Do at the Church of Dragon Communion

The island is home to a variety of flora and fungi that can be used as crafting ingredients. We recommend gathering Erdleaf Flowers and Tarnished Golden Sunflowers, as well as as many Mushrooms, Rowa Fruits, and Herbs as you can.

Once you have filled your pockets with these valuables you should make your way to the Church of Dragon Communion.

You can obtain Dragon Hearts as a reward for defeating the bosses throughout Elden Ring. Based on your FP, you can obtain the following three Incantations in Elden Ring.

Dragon-fire: An incantation that channels Flame Breath over a surprisingly large area, breaking through most barriers.

Dragon-claw: It swats at enemies with massive dragon claws that drag along the ground.

Dragon-maw: It is a really violent biting strike.