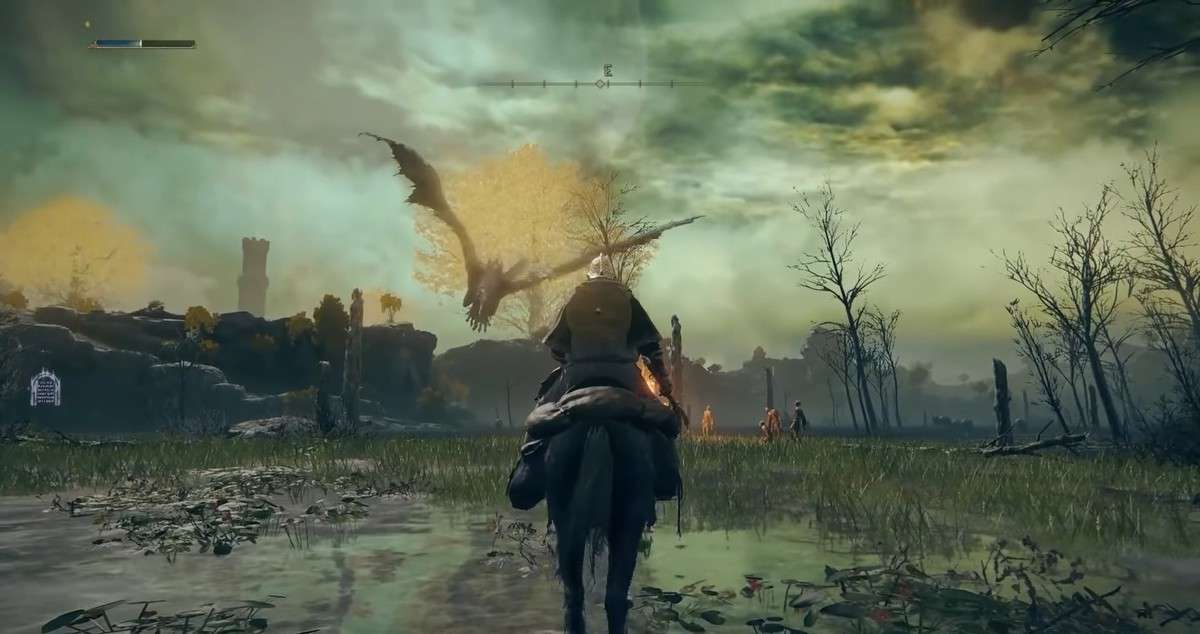 In Elden Ring, Spirits are companions that can be used to help you during fights. They are also known as Spirit Ashes, and they aid players during combat. There are loads of Spirit Ashes in the game; however, some are better than others. We have created a Best Spirit Ashes Tier List to rank the Spirit Ashes in Elden Ring from most powerful to the least.

The top 10 Elden Ring Spirit Ashes for early game are given below.

The Kaiden Sellsword is a good melee support ash and can do light and strong melee attacks. It is placed in the B tier as it requires a high FP cost to be summoned but, in return, does not provide as much support as some of the other spirit ashes. Still, it is decent to be used till mid-game.

The Godrick Soldier is capable of summoning two Godrick soldier spirits to help you out in combat. However, to summon them, you must be near a rebirth monument.

The Demi-Human ashes, just like Godrick Soldier, is capable of summoning a few soldier spirits to help you out in combat. And, in order to summon them, you must be near a rebirth monument. However, Demi-Human requires more mana than the former to summon, which places this ash in the C tier.

Like the previous two ashes in our list, the Raya Lucaria Soldier ashes also summon their Solider Spirits and require you to be close to a rebirth monument to be summoned. It is capable of doing decent melee damage, and that is why it is placed in the C Tier of our list.

The Kindred of Rot spirit ash is capable of doing Rot damage to enemies. Even though it is not that powerful on its own, if used in a Rot build, it will be extremely powerful.

The Spirit Jellyfish is capable of applying Poison effect to enemies. Its attacks, however, are not that powerful. But its defense is really high, making it a great support for you during fights. In order to summon them, you must be near a rebirth monument.

The Warhawk is a low-level spirit ash that can act as a ranged companion during your fights. It is capable of using fire attacks as well as knife talons from above.

Clayman summons two spirits that use ranged attacks to damage from long range. They are not that powerful but can act as great distractions during fights.

Miranda Sprout companion can use toxic pollen to affect enemies with poison. And like Clayman, they are best used as distractions in combat.

The top 10 Elden Ring Spirit Ashes for late game are given below.

Latenna Spirit Ash is one of the most powerful in the game because of its ability to constantly bombard the enemy from long range. As long as she can see the enemy, she will keep on hitting them with her attacks.

Even though you can obtain this Spirit Ash early on in the game, it is one of the most useful and powerful in the whole game. He has really high defense and can last quite a while in combat. He uses wing attacks which are extremely powerful against low to mid-level enemies.

According to most of the players, the Mimic Tear is the best and most useful Spirit Ash in the game. This mimic creates a clone of your character, with everything from armor, stats, and weapons being the same. This will essentially create an AI version of your character and smash the bosses alongside you.

Black Knife Tiche Spirit Ash is a useful companion during fights due to its ability to dash out high damage to enemies while dodging incoming attacks with great effect. It is really useful in boss fights, as well as it can greatly dodge most of the incoming attacks and last longer in the fight.

The Omenkiller Rolo is capable of dealing high damage to enemies who use shields to block attacks. It uses two Machetes as its weapons, which can break through the most solid of defenses.

The puppet ashes are really versatile as they are able to deal high damage to all kinds of enemies. Their only drawback is that they do not have high health and will die quickly if not supported during the fight.

The Ancestral Follower is a solid and versatile companion which is not as powerful as those in the upper tier but still does its job quite well. It does damage using both ranged and melee weapons, which is quite useful.

Lone Wolf is also another Spirit Ash that you get right at the start of the game, and just like Banished Knight Oleg, is really powerful. Upgraded Lone Wolf will provide great support as it will become a tanky companion with high movement speed as well.

The Page Spirit is capable of doing explosive damage using bolts from long range. This makes it a really strong companion in the earlier part of the game.

The Bloodhound Knight Floh is a decent Spirit Ash that is capable of doing melee damage to the enemies. It costs 95 FP to be summoned and is a decent companion for the early game.

In this list, we will rank the Ashes in 5 different tiers, from S to D tier. The S tier will include the best and most powerful Spirit Ashes of the game, whereas the D tier will have those which are not as useful in most scenarios.

The A tier includes Spirit Ashes, which are also quite powerful but not as versatile as those in the S tier. This tier contains the following Spirit Ashes.

The B Tier of Spirit Ashes contains those which provide a decent amount of support in all scenarios. They are not as powerful but still do their job well enough.

Lastly is the D Tier, which contains those Spirit Ashes that do not stand out and should only be used when you do not have access to better ones.

The F tier includes the weakest Spirit Ashes in the game which are given below.