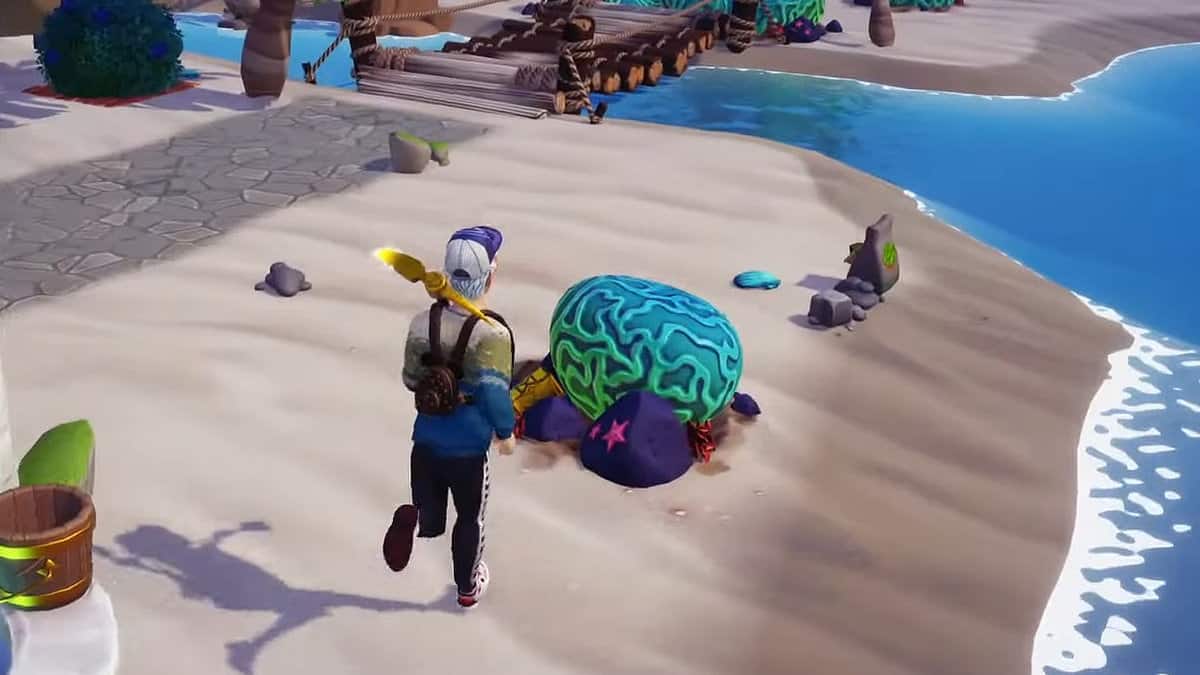 Dazzle Beach is one of the many biomes you will be exploring in Disney Dreamlight Valley. It will be locked by default and you will have to spend 1,000 Dreamlight to access the new area for its many quests, resources, and more.

When you do enter Dazzle Beach, you will immediately notice large, blue rocks or boulders scattered across the coast. These blue rocks can be broken down for Coal and Sand, most importantly to clear the locked area on the bridge to reach the second part of Dazzle Beach.

The following guide will tell you exactly how to break down the blue-green rocks in Disney Dreamlight Valley.

How to destroy the large blue rocks in Dazzle Beach

The blue rocks cannot be broken down by your simple Pickaxe or any other of the Royal Tools available in the game. What you need is an upgraded Pickaxe that can only be obtained through a few quests.

Head to the Moana realm through the Dream Castle by spending 3,000 Dreamlight. You will then be tasked with a few new quests to complete, most of which are about gathering different resources from Moana’s island.

In the end, Maui will ask you a few questions. Answer them correctly and he will enchant your Pickaxe. You will now be able to break down or destroy small rocks.

Increase your friendship level with Maui to level 4 by completing the A Tale of Stone and Fire quest. You will then get another enchantment for your Pickaxe that finally lets you destroy the large, blue rocks in Dazzle Beach.