How To Defeat Blood Rose In Diablo Immortal 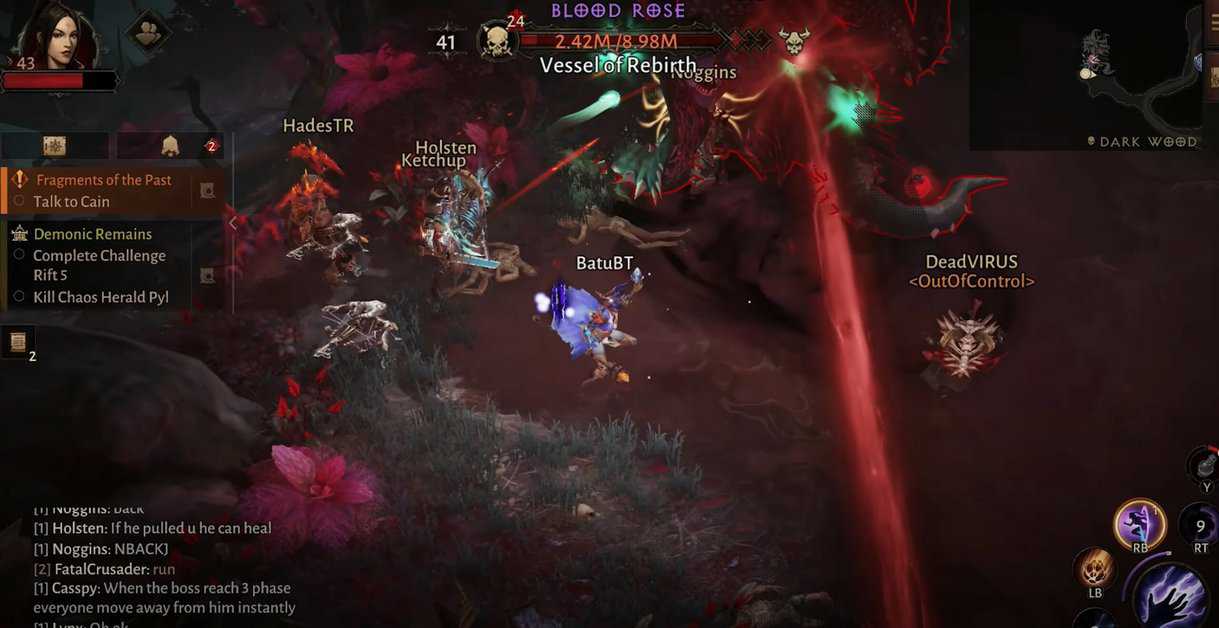 In Diablo Immortal, there are some bosses that act as both the main story boss and a world boss during zone events. Zone events are basically server-wide events where players can join forces and defeat various bosses to get huge rewards. Blood Rose is one of them and a powerful one. In this guide, we will tell you where to find Blood Rose and how to beat it in Diablo Immortal.

Initially, you will encounter Blood Rose as part of the Forgotten Tower dungeon during the story. After having defeated the boss in the story, you can either repeat the dungeon to fight it again or wait to encounter it as a world boss which is a bigger challenge.

There are difficulty levels in Diablo Immortals such as ‘Hell 1, Hell 2, Hell 3, or Hell 4’. So the event content is only visible when you are playing in at least Hell 1 difficulty level. These levels are unlocked when you complete the real story game in normal difficulty mode and reach at least level 60 on your character.

Once you have completed the game on normal difficulty mode, change the difficulty to Hell 1, and then you will be able to see the zone events.

Once you are into Hell 1, head towards Dark Wood and get yourself into Purify the Corruption Event. In this event, one needs to fill his/her corruption meter up to 100%. Killing Blood Rose will give you 28% of corruption.

To confront Blood Rose, you need to challenge her in a group as the fight is considerably harder than when you fought her in the story. Head to the Lair of the Blood Rose to fight the boss.

How to Defeat Blood Rose in Diablo Immortal

The Blood Rose has around 7.4 million health points. That might not appear to be much of a hindrance for players with high damage-dealing builds except that this boss has a nasty ability to keep healing over and over again.

It is recommended to fight the Blood Rose boss when you have reached a level of 49 or higher. You can take the boss alone, but going in with some backup might prove useful.

Phase 1
The Blood Rose notably starts the fight with two of its mouths throwing fire orbs. The boss also does an AoE spike attack that inflicts a good amount of damage. You can, however, dodge this attack by listing to the boss roar. Every time the Blood Rose lets out a roar, it means there is a spike attack coming.

Furthermore, keep an eye out for the red circles on the ground to dodge or move out of the way of incoming projectiles. The Blood Rose also loves to summon Dark Creepers to create a wall of sorts between you and itself.

The next phase of the fight will begin when Lakrii kills herself to give extra strength to the Blood Rose. The boss will also shoot a massive red beam that has an insane hitbox. There is no just dodging this attack here. You need to be far away, preferably to the side of the arena.

The Blood Rose will get some new attacks in phase two. The one you need to watch out for the most is an AoE attack that can potentially wipe out your entire clan. A large circle will appear on the ground that sucks you and your friends into the boss.

If you get caught in the circle or are unable to run away, not only will you receive a ton of damage but getting sucked in by the boss will also heal the Blood Rose.

Getting away is easier said than done. Blood Rose keeps healing every time players are sucked in. Considering the overall enemy health pool, this can become a pretty tedious fight. This is another reason why going melee against the Blood Rose can be difficult.

The Dark Wood zone runs an in-game event where you must fill your corruption meter to spawn a corrupted image of yourself who you must defeat (purify) in a given time slot.

Defeating the Blood Rose will fill your corruption meter by around 30% which is probably the quickest way of filling the meter all the way to 100%.

You will also naturally receive several level-ups and experience points for taking down the Blood Rose.