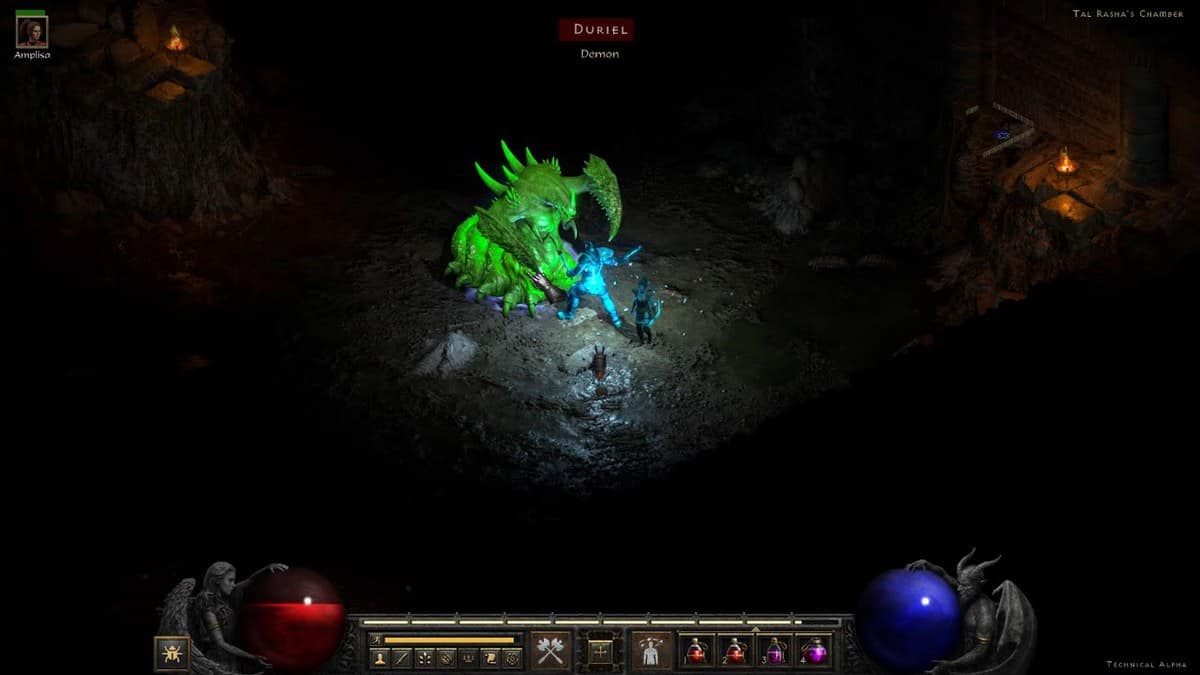 You’ll come across Tal Rasha’s tomb during the final quest of Act 2. In this guide, we’ll explain how to find Tal Rasha’s Tomb for the Seven Tombs Quest in Diablo 2 Resurrected.

How to Find Tal Rasha’s Tomb in Diablo 2 Resurrected

The Seven Tombs quest is the last quest that you’ll be completing during the second act. However, you cannot proceed to the third act unless you’ve completed all the quests for Act 2.

Therefore, before you take on the last quest in this act, make sure you’ve completed all prior quests. And with every last quest of the act comes a boss!

For the Seven Tombs quest, you’ll be taking on Duriel before you’re allowed to carry your magical powers into the third act.

You’ll have to complete the Tainted Sun quest and Radament’s Lair quest before beginning with the Seven Tomb’s quest.

The quest will begin when you talk to the town’s lord, Jerhyn. You’ll find him near the palace. Once the quest starts, head inside the palace and walk through the portal to get to the Arcane Sanctuary.

The next destination would then be the Summoner’s Chamber. Inside, you’ll have to defeat the Summoner and then go through his Journal. After that, head to the Canyon of the Magi through the portal, and you’ll finally start seeing the tombs.

Make sure you’ve talked to Cain before getting to the tombs. To get to the right tomb, Tal Rasha’s tomb, you’ll have to access your Journal again.

Your Journal will guide you to the right tomb with the altar and the boss chamber. Enter the tomb and activate the altar using your Horadric staff.

Duriel is known for its Cold skill tree, and he’ll be slowing you down quite often by freezing you with his cold spells. The small fight arena, on the other hand, makes the fight even more challenging.

It’s better to approach this boss with a character that has a fleet of minions and someone good with melee attacks.

Other than that, drink plenty of Thawing Potions before the battle. After defeating the boss, head through the newly opened pathway to meet up with Tyrael.

After talking to Tyrael, head through the portal again and talk with Jerhyn to complete the quest.

If you happen to be in a game created by someone who hasn’t yet completed the quest, you won’t be able to enter the palace again towards the end of the quest.

Therefore, you won’t be able to talk with Jerhyn to complete the quest. In a scenario like this, head to Arcane Sanctuary first, and then make your way to the palace.