How to Get the Horadric Staff in Diablo 2 Resurrected 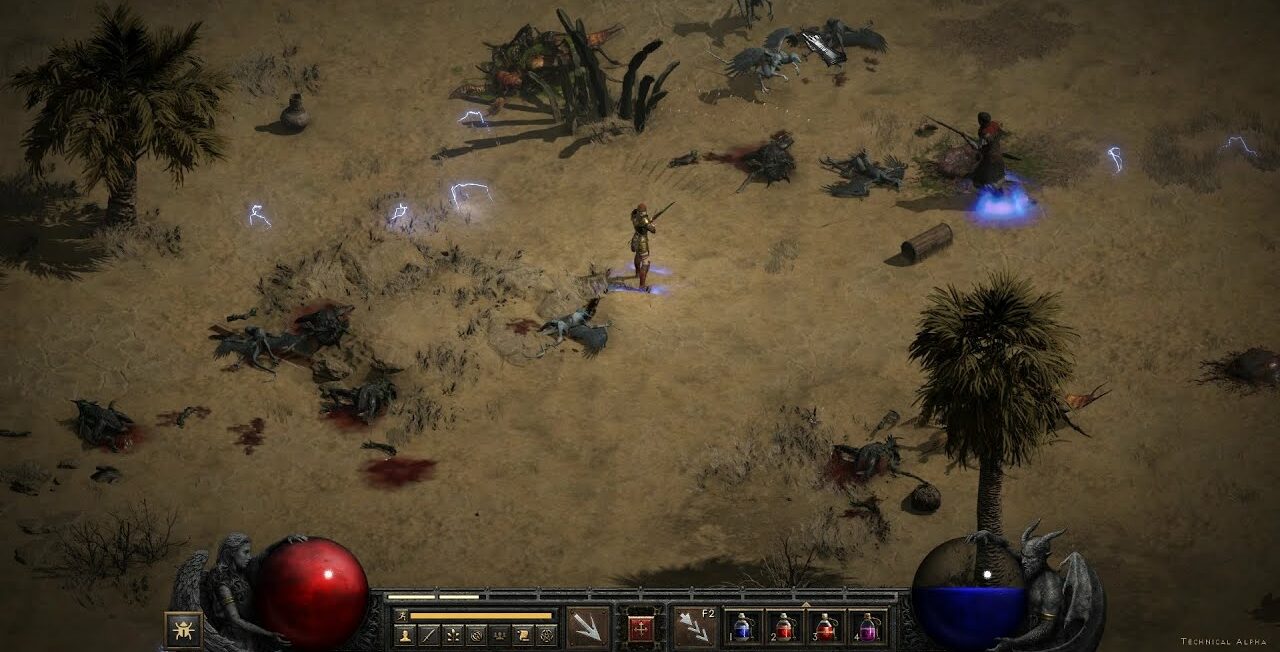 How to Get the Horadric Staff in Diablo 2 Resurrected

The Horadic Staff is a powerful weapon capable of opening the portal to Tal Rasha’s Temple and revealing the secrets of Lut Gholein.

The weapon is made up of three parts, all of which are scattered to prevent the power of the staff from falling into the wrong hands. The components that you must seek in order to make the Horadric Staff are as follows:

The first component you’ll need is the Horadric Cube. It is a small ancient relic that can enhance the power of items. To track it down, head to Halls of the Dead in the Dry Hills. Here is how to proceed

Run to the boundary wall on the right as soon as you reach the waypoint of the dry hills. The entrance to the Halls of the Dead is marked by a sandstone archway. You’ll run into some demons here.

Fight your way to the third level. After Level 3, look to the left in the anti-chamber for a chest containing the cube you seek.

Next, look for the Staff of Kings. It can be found in the dreadful Maggot Lair. Follow these simple steps to get there.

If you continue straight from the Level 3 entrance, you will come across Coldworm the Burier, whom you must defeat. Following that, look to the left of the slain worm, where you’ll find a chest containing the Staff of Kings.

The Viper Amulet is the final and most significant component of the Horadric Staff. It’s hidden away in the Valley of Snakes, next to the Lost City, in the Viper Amulet shrine. Follow these steps to get there safe and sound.

Head to the Lost City waypoint and then move east. You’ll come across a set of stairs, which you need to climb. Afterward, proceed northwest until you come across a three-door structure.

Continue straight along the path until you reach the temple. Enter the temple and proceed to the basement to find the Viper Amulet.

Return to Cain in Lut Gholein once you’ve collected all of the pieces. He will then counsel you on how to proceed and create the staff from the three components.

All you have to do is add the Staff of Kings and the Viper Amulet to the Cube and select Transmute. Doing this, the three items will combine to form the Staff.