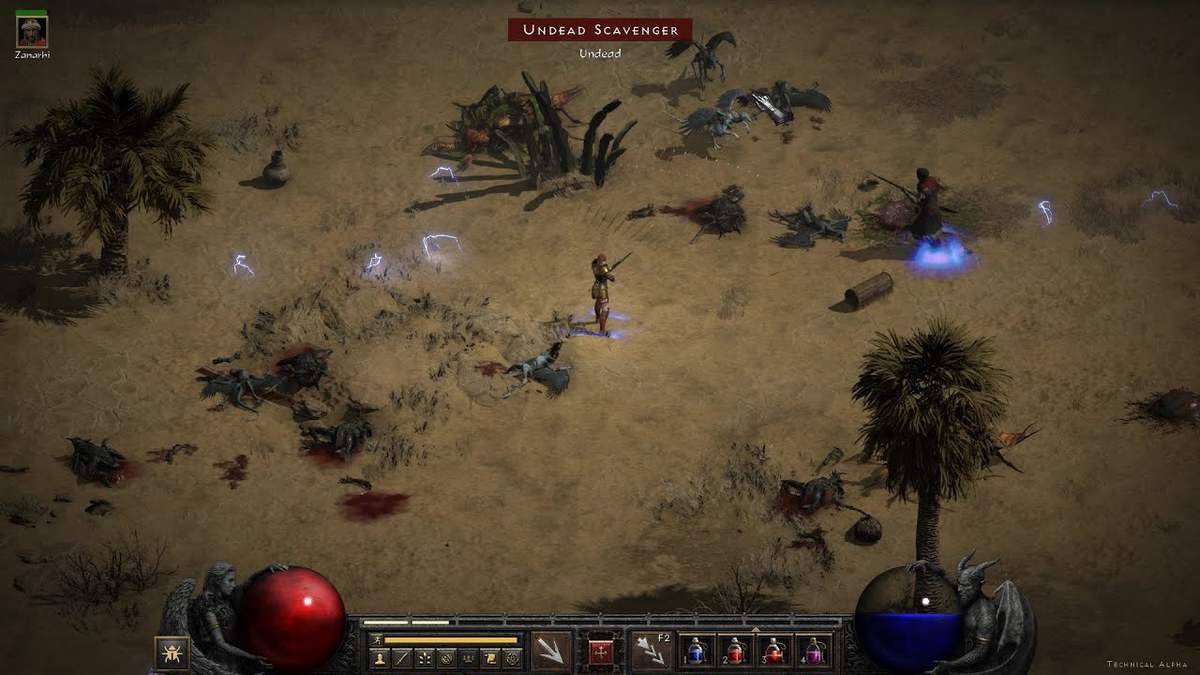 Though many of the farming areas in Diablo 2 are very well known, it’s hard to distinguish which of these can be found in which Acts and what level is ideal for farming there. This guide will help you sort all the Best Farming Areas in Diablo 2 Resurrected by their Levels and difficulty.

All of these locations have been selected on the criteria that they provide the best variety of gear on their respective levels, and that these areas are easy to use for farming.

With comparatively weaker hordes and the presence of Unique and Super monsters that have a chance of dropping much better gear, the locations mentioned below are the best to be used for Farming.

Most of the areas we will recommend for farming in Normal Difficulty are the starting areas of each Act. Farming is not such a big part on Normal difficulty.

You can mostly make do with whatever the game drops for you without you having to go out of your way to get it. Other than this, only a few items are present for Normal difficulty and almost all of these can be found in the starting Acts.

The Pits level 2 is a good point to farm for Weapons, as most of the drops here are weapons. This allows you to quickly hoard up and test a variety of weapons.

To farm armor, it is recommended that you farm in the Barracks, where all the drops are conveniently armor pieces of Sigon’s set.  Lastly, it’s best for you to farm in the Secret Cow level to get some good gear fast,

In Act 2, Sewer level 1 is one of the most useful places to farm for gears and equip yourself with shields. Other than this, most of the areas of Act 2 on Normal difficulty drop minimal gear and are not worth the time and effort.

For Act 3, farm Swampy Pits to get M’avina’a Gear Set on Normal.

Other than this, all the items are repeated for different levels of Act 4 and Act 5. The Rarity is not even that different and you can simply move on through the rest of the game here now.

Nightmare difficulty is where the real farming starts. You have stronger attacks and the gear drops you can now get are more varied. This is where you will start grinding for getting the items that you need for certain builds.

Again, we will have to send you to the Pits (Level 1 and Level 2) as that is one of the best farming areas in Diablo 2 Resurrected’s Nightmare difficulty.

You can find almost all of your starting gear here and if you are lucky enough, you won’t even need to farm for the rest of the Act.

The Mausoleum and the Crypt will grant you access to Immortal King’s Set. If you are looking for different weapons, you can farm the monsters in Den of Evil.

Next up, we again recommend all the levels of Sewers to farm as you can get lots of weapons here such as Blade of Ali Baba, Warlord’s Trust and The Vile Husk. Tal Rasha’s Tomb is also a great farming point in the game.

The gear in Act 4 and Act is very low in Nightmare so don’t waste your time farming here. If you’re feeling like you need to level up and don’t mind a challenge, you can try a Chaos Run

You can also have a go at The Burial Grounds as they hold a good range of weapons for players to farm and use. Furthermore, the Pits again prove to be a valuable source for gear even in Hell Difficulty.

Next up, we have Sewers level 2 as the best place to farm for items. You get gear such as Steel Carapace and The Cranium Crusher. In Act 2, Tal Rasha’s Tomb is the best point to look for new weapons.

Ruined Fane, Ruined Temple and Flayer Dungeon level 3 are good farming spots in Act 3. At this point, you should start expecting the same items to start showing up again and again.

River of Flame and Chaos Sanctum are the best areas in Act 4 to farm for Hell Difficulty gear.

If you need any help about how to farm these areas and different methods that will make farming easier for you, you can check out our Farming Tips Guide here.

Other than this, these locations are accessed easily at the desired levels, meaning you can easily first attain the required level and then head on to these areas without much trouble or backtracking.