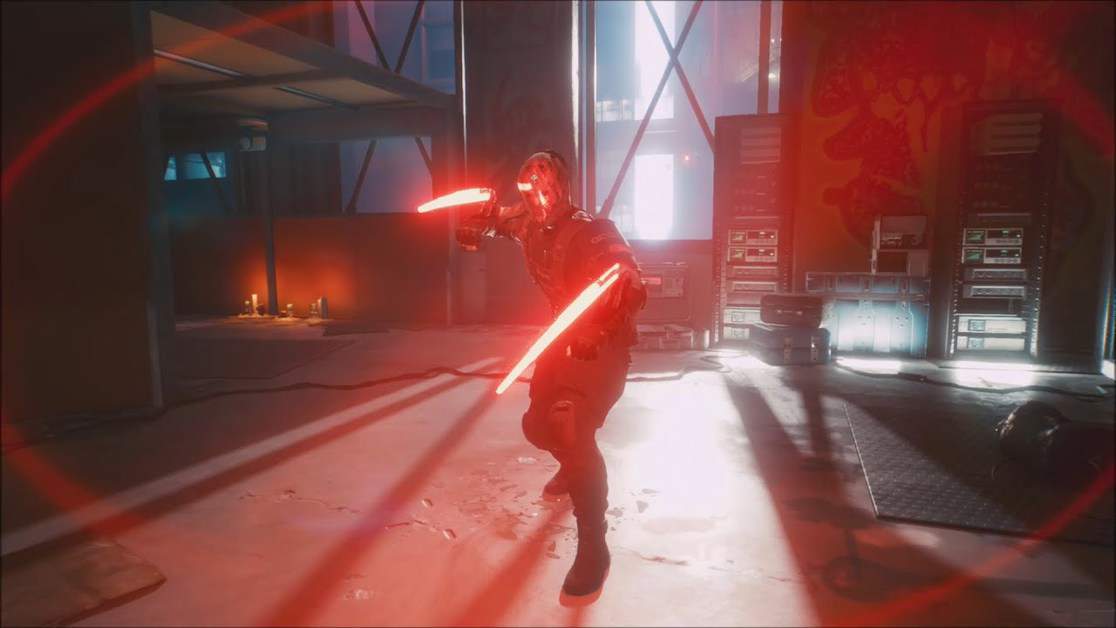 Sandayu Oda is a powerful cyberninja in Cyberpunk 2077 whose most powerful asset is his incredible speed and maneuverability. He is loyal to Arsaka and the apprentice of Goro Takemura who helps you out against Arsaka Corporation.

In this guide, we’ll be walking you through all of Sandayu Oda’s strengths, weaknesses, and movesets to help you out with defeating him in Cyberpunk 2077.

Where to find Sandayu Oda in Cyberpunk 2077

You will find Sandayu Oda in the questline “Play it Safe” when you are jacking out one of the netrunners hidden in the building. The encounter with Oda is unavoidable and you will have to defeat him.

Oda will use his extreme maneuverability to his advantage by attacking you from unconventional spots in the arena and he’ll also use his speed to dodge your attacks.

Not only can he move incredibly fast horizontally, but he can also move vertically, which will allow him to get up on top of elevated areas in the arena.

Oda has two lightsaber-Esque weapons called Mantis Blades. Oda will charge at you while swinging these weapons. If the attack connects, he’ll do a lot of damage.

The bullets from Oda’s Smart SMG have a homing functionality, meaning they’ll track you down and attack you even if you move away from his line of sight.

He’ll then get behind a cover position and start healing. He can heal his entire health pool this way.

Oda has several different weaknesses that you need to exploit to gain the upper hand on him.

Oda’s Oni Mask is both a strength and a weakness of his. While the Oni Mask is intact, Oda will be able to disrupt bullets from your Smart Weapons. And since Oda is extremely agile, these Smart Weapons are needed to deal with him.

However, if you break the Oni Mask, it will render Oda completely vulnerable against Smart Weapons and it’ll stun him for a bit.

There are a few quickhacks that you need to have before fighting Oda. These include:

Cyberware Malfunction: This quickhack is necessary to have as it’ll break Oda’s Oni Mask right off the bat, allowing you to use Smart Weapons from the very start of the fight.

Weapon Glitch: This quickhack will disrupt the homing ability of Oda’s bullets when he starts using his SMG. This will allow you to easily avoid his bullets and then punish him when he reloads.

Detonate Grenade: Not only will this quickhack deal damage to Oda, but it’ll also knock him down temporarily, allowing you to get some easy damage on him. However, this will only work once in the fight.

Friendly Mode: This quickhack will give you access to all the security cameras in the area, which will allow you to easily track Oda when he goes into his camouflage.

Tech Weapons are highly penetrative, meaning you can shoot targets with them from behind the cover.

The area where you’ll fight Oda will have a lot of cover positions, so Tech Weapons can also work well in this situation.

Both frag and EMP grenades will work very well against Oda. Not only will these grenades deal considerable damage to Oda, but they’ll also stun him, allowing you to deal even more damage.

EMP grenades are probably the best ones to use on Oda since they’ll disrupt Oda’s Smart projectile disruption ability and the homing ability of his bullets for a short time.

How to Defeat Sandayu Oda in Cyberpunk 2077

Now that you know all of Oda’s strengths and weaknesses, let’s talk about how you should use this information to your favor in the battle.

Before anything else, you need to remember that you have to be constantly moving throughout this fight to counter Oda’s agility.

Oda won’t take much damage at the start of the fight, but you shouldn’t get intimidated. Once that mask comes off, the damage will start pouring in.

You must keep a certain distance from him at all times to dodge his Mantis Blades. When he pulls them out, keep moving backward and unload your bullets on him.

If you dodge all of his Mantis Blade attacks, he’ll get tired and will stand still to rest for a bit. This will allow you to deal some good damage to him.

Try to always aim for his face so you can break his mask and also hit headshots to deal the most damage.

If you don’t have the Weapon Glitch quickhack, then immediately jump behind cover when Oda pulls out his Smart SMG. Wait for him to run out of bullets and then punish him.

When you eventually get Oda’s health down to the point where he activates his Optical Camo, don’t lose sight of him. Run straight into his hiding spot and quickly unload some bullets onto him to spot his healing and deal some more damage.

If you’re not able to find him, then pull out your scanner and scan the area to reveal his footsteps and locate him.

When you finally defeat Oda, you’ll find the following loot on him:

The signature weapon of Sandayu Oda was gifted by Goro Takemura during his apprenticeship. The Katana has a unique modifier that increases crit chance by 100% while Kerenzikov is active.

The other effect is that it deals double damage to the opponent twice the health of the wielder making it a formidable weapon.

How to craft Oda’s Sword

After obtaining Jinchu-Maru Katana, the weapon can be crafted. To craft the legendary version of Jinchu-Maru, you will need the epic version of it and Edgerunner Artisan Perk alongside a few components mentioned below

If you use the legendary version of the short circuit on Sandayu Oda. Rather than getting unconscious, he will just instantly die. To avoid this issue from happening, downgrade the Short circuit to epic or do not use it at all.