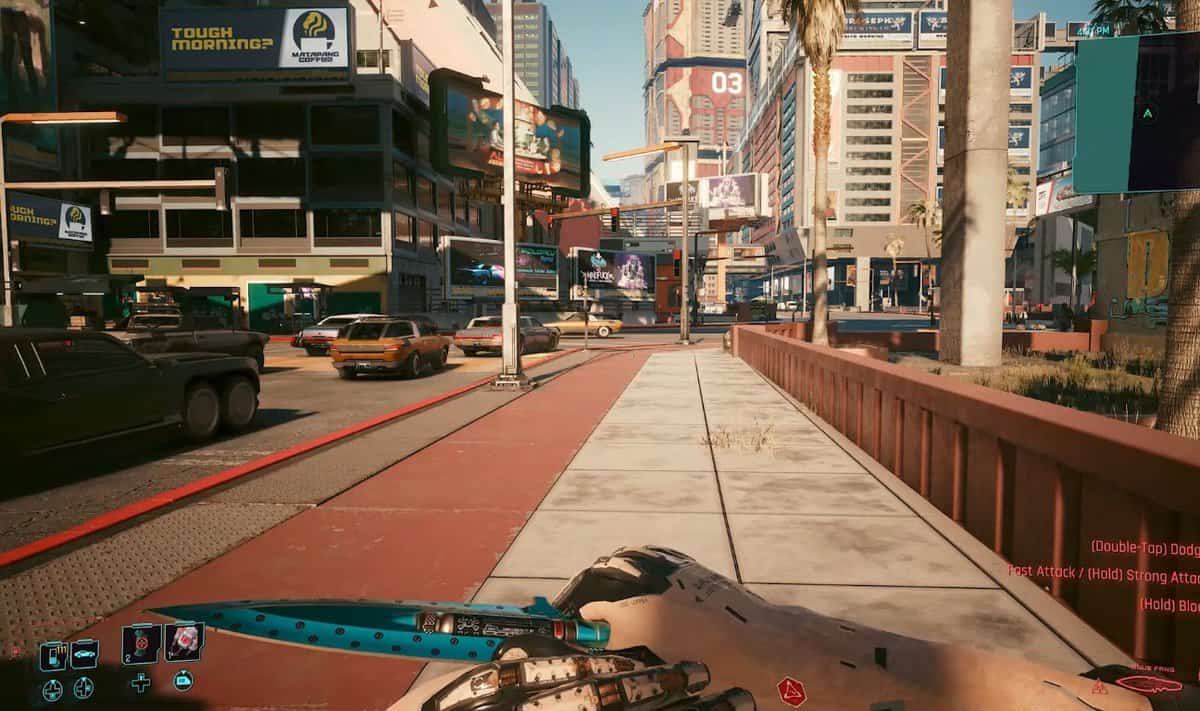 Enemies can be damaged using several damage types such as Cyberware Arms, Quickhacks, and Weapons in Cyberpunk 2077. Conversely, enemies are equipped with protective armor and abilities that minimize the damage that they sustain because of these threats.

Some Damage Types can apply a Status Effect to a target in addition to the damage it causes. The rarity of the item affects the probability of damage. Go through this guide to get a better understanding of Damage types and Status effects in Cyberpunk 2077.

Understanding the damage types in Cyberpunk 2077

You can inflict 4 different types of damage in Cyberpunk 2077 based on the weapon you have and your build of choice. Each damage type has pros and cons and we’ll be looking at all of them in detail throughout this guide. It should be noted that damage types and status effects are two different things.

Arms Cyberware, such as Gorilla Arms, provides physical damage as the default damage. Melee and Ranged Weapons, like the Baseball Bat and Liberty, are also prone to this type of damage. A person’s armor reduces the amount of physical damage they take.

You can get a Poison effect from Chemical Damage. Chemical resistance reduces chemical damage. This damage type can be quite challenging to deal with.

What are status effects of Cyberpunk 2077?

Status Effects are positive or negative factors that can affect how you fight. You can get help from Positive Effects. The most common way to get them is to obtain consumables throughout Night City and the Badlands, but various perks can also grant them.

Anyone can suffer from Negative Effects. A range of effects can cause damage and simply restrict your capability to do what you want. Devices, weapons, quickhacks, daemons, and quickhacks can all have negative effects as well.

If you drink a refreshing beverage, your maximum stamina will increase by 10% and your stamina regeneration rate will increase by 50% for 450 seconds. The Innovation perk increases this duration by 50%.

When you eat a nourishing meal, your maximum health increases by 5% and you regenerate 0.5% of your health per second. With the Innovation perk, you can extend it by 50%.

Sleeping in an apartment bed increases your Skills experience by 20% for one hour. As a result of sleeping, you may lose benefits from other buffs due to time forwarding.

You can drink coffee either from the Corpo Plaza Apartment or the Glen Apartment. In addition to increasing maximum stamina by 25%, both will increase regeneration rate by 30%. After an hour, the effects wear off.

Physical damage can cause bleeding, which is inflicted by various weapons. A Bleed-afflicted target receives Physical damage over a short period, is incapable of sprinting, and is unable to jump high.

A Device Quickhack or an X-22 Flashbang Grenade can cause Blind. When a target is blind, their vision is temporarily impaired, making it harder for them to detect enemies and move.

The Overheat Quickhack, exploding barrels, and various weapons are capable of inflicting burn. Thermal damage is dealt to targets afflicted by Burn in a short amount of time.

Those who have been shot in their limbs can become crippled. A crippled person’s combat and movement abilities are severely limited based on the limbs that have been injured.

If the player consumes any alcoholic beverage, he or she becomes Drunk, causing movement speed to decrease by 10% and weapons accuracy to decrease by 50% for 30 seconds.

As a result of Exhaustion, Stamina-based actions like dodge range, jump height, sprint speed, and melee attack speed are reduced.

When Blunt melee weapons or Gorilla Arms hit a target, they will knock them down onto the ground, revealing their weaknesses.

There are various weapons and the Contagion Quickhack that can deal poison damage. Poison afflicts targets with Chemical damage and a reduction in armor for a short time.