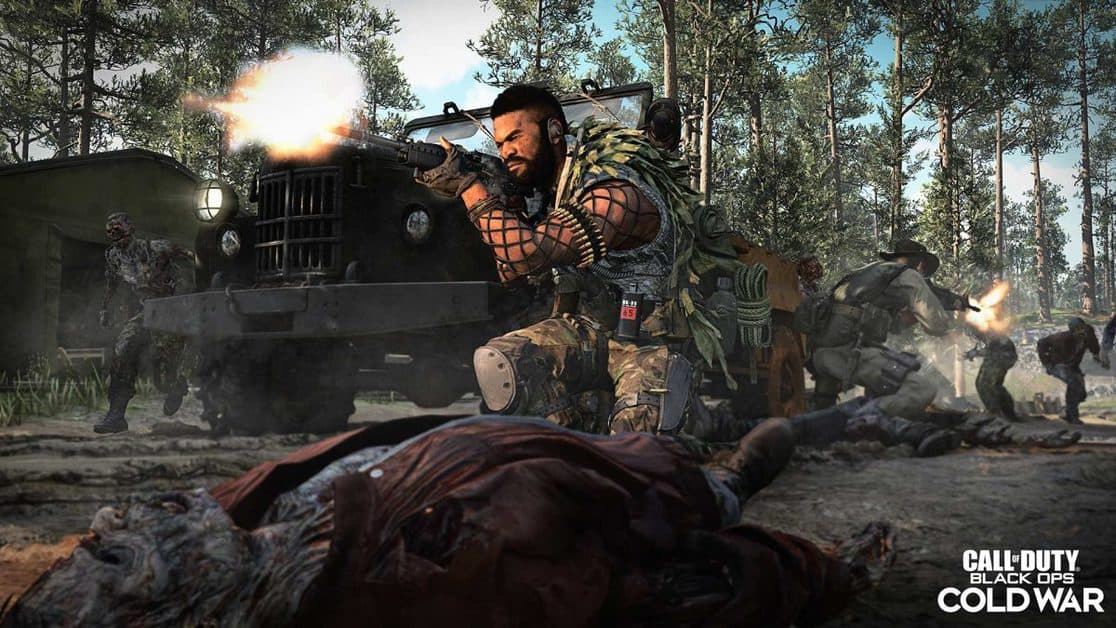 The March 8 Call of Duty: Black Ops Cold War patch notes are here and ready. The patch for today will be fixing things across multiple different modes of the game, including Multiplayer, League Play, and Zombies. It’s not a very big patch, but some of the changes are still significant.

To start off with, in the game’s multiplayer, the playlist “HC Rapid Fire Moshpit” will be added to the Quick Play section of that mode. Challenges have also seen some changes. The “Guerrilla Warfare” challenge will now track kills from any weapon, not just weapons the player has picked up from dead enemies. The “Helping Hand” Daily Challenge also now properly tracks Spy Plane assist score.

League Play ladders have also been changed. If the player is loaded into a “broken” ladder, playing another match will put you into a functional ladder. An issue that could cause names on a ladder to be blank has also been fixed.

The Black Ops Cold War March 8 patch has also changed up multiple parts of the game’s Zombies multiplayer mode. Various stability fixes have been added to objectives in Outbreak, and in the Objectives category an issue that prevented completing an objective if a player carrying a canister left the game has been fixed.

In more general categories when it comes to the Zombies mode, the mode has also resolved an issue that caused corrupted graphics when using the Frenzied Guard Field Upgrade, so if you’ve been having that issue, you shouldn’t have it any longer.

The last part of the Black Ops Cold War March 8 patch is in the Intel category. If you’ve been having issues being able to listen to radio transmissions in the Firebase Z map, the three radio transmissions that were afflicted with this issue should now be fully audible.

If any of these issues are things you’ve been having trouble with, hopefully now they’ll have been fixed.