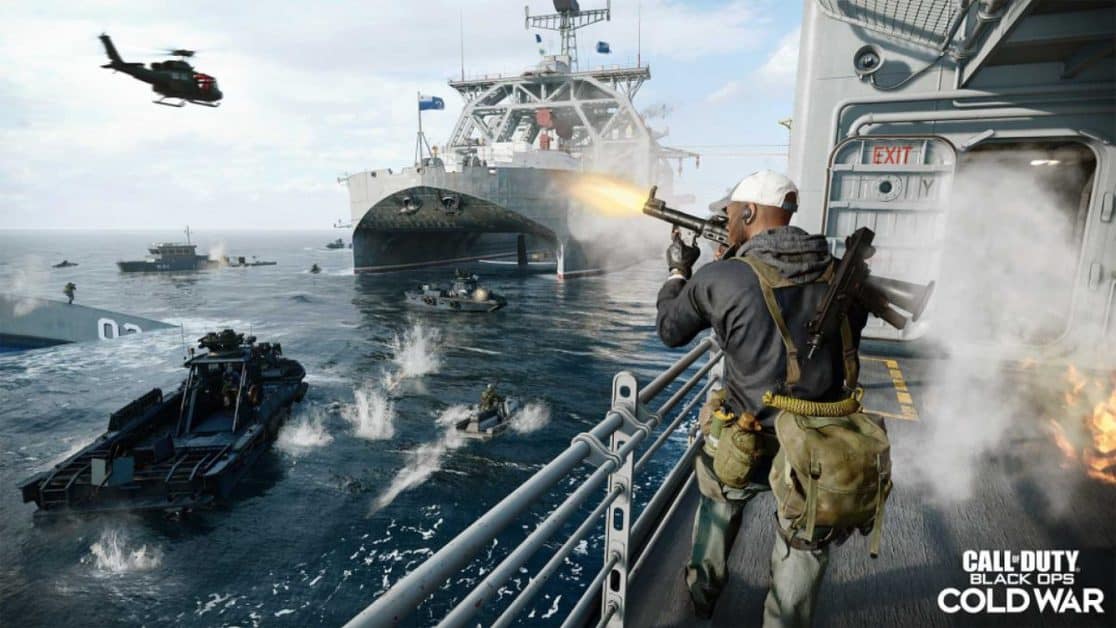 In these Call of Duty Black Ops Cold War Multiplayer Tips, we’ll be showing you a compilation of general tips and map tips, so you can dominate with your presence on the battlefield.

Call of Duty Black Ops Cold War is out and with some-what revamped mechanics and completely new maps, it is paramount that you familiarize yourself with the game’s fundamentals to ensure victory.

In an online shooter, you have to account for multiple things and even the most minuscule detail can be the turning point for either you or your opponent.

If you are interested in zombies mode, we have handy tips for the BO Cold War zombies as well.

Taking care of your perks, loadout and every advantage that the game offers you is extremely important in making sure your operator is able to deal with even the stickiest situations.

Maintaining a good overall score for yourself means a victory for your team.

Loadout Management
Take your time and go on a reading trip with the different options that the loadout system Call of Duty Black Ops Cold War offers you.

Picking out the correct weapons that suit your perks and such will prove to be worthwhile in the long run and thus increase your survivability on the battlefield.

Get that field upgrade, get those perks, get that wild card, and find the weapon that’s your bread and butter.

Having a loadout that you know from the inside out is extremely important. Knowing your operator well will allow you to overcome even the toughest of hurdles with great efficiency.

Why you shouldn’t skip out on Wildcards in Cold War
Wildcards give you a fair bit of advantage initially, depending on what you pick. The beta offered us four to choose from, and my personal favorite was the Gunfighter Wildcard.

Now, the Gunfighter card allowed me to add three extra attachment slots for my primary weapon.

I’ve usually utilized the thing to make my weapons extra stable. Having a tad bit less recoil can make all the difference in the world.

Alternatively, you could try the Law Breaker perk which allows you to equip any weapon in either of your Primary and Secondary slots.

And that’s not all either, you can equip multiple perks from a specific perk category. Heaven!

Reload, but don’t lose your focus!
A fresh new mechanic introduced in Black Ops Cold War is the ability to reload whilst aiming down sights.

Things can get messy if you get out of your aiming posture; it can cause you to lose a valuable amount of time in repositioning yourself again.

Make use of the reload-while-aiming feature to save yourself some time and to always be ready for the enemy around the corner.

Take Cover!
Most Call of Duty maps provide you with tons of cover as you move from point A to point B. It would be foolish to take the open linear path.

Traversing yourself from one cover to another is a vital part of the not-getting-killed scheme.

The longer you run out in the open mindlessly, the more prone you are to getting killed.

Sliding
CoD Cold War is fast-paced, and to keep up with everyone’s speed, you need to make sure you utilize everything that increases your mobility.

Sliding is perfect to completely throw off your opponent’s aim and get the better of them while on the offensive.

As soon as you gain a sufficient amount of momentum, just slide!

Team Play is Key
I know that team play isn’t what comes to mind whenever you hear ‘Call of Duty,’ but please, just hear me out for a second here.

Co-ordinating attacks with your team-mates onto your opponents will always turn out to be fruitful in Blops Cold War.

Attacking sites and areas coherently alongside your friends will win you even the most difficult of situations in combat.

Playing solo can only have so much of a positive impact for your team.

Tweak a few Settings
You might want to address a few graphical changes as you jump into the new Call of Duty.

Miami
Moving through the map of Miami is a little tricky. As you move to change your position, you’ll realize that various alleyways and pathways are completely open from many ends. This leaves your flank completely vulnerable.

Try to utilize the map’s cover as much as possible. Since it’s a relatively open area, you’ll find yourself getting sniped off from the distance more often than you’d like.

Albeit slowing down isn’t exactly a preference for many CoD players, you could try and halt your speed down a bit and try out a few long-ranged weapons.

Miami gives you a lot of breathing space, and if you’re not moving every second, someone else will be. Take any stragglers out while waiting patiently and get that K/D up!

Moscow
Moscow is a three-lane map. Gunfire usually gives away which part of the map is a little more crowded.

You can pull some amazing flanks from the alternative paths to get the better of multiple enemies on the battlefield.

This map has a lot of cover, and with enemies being able to use buildings, you’ll find that your aerial scorestreaks will have little to no effect.

Try to utilize field mics as much as you can to defend any flanks to important objectives in the map.

Explosives go boom! With the alleyways in Moscow, and the tight spaces, grenades can be absolutely extravagant.

So, cook those babies up, and throw them out to get some free kills!

Satellite
The map is divided into two areas: the caverns and the open area.

Break out your SMGs and close-ranged weapons, and level ‘em up! Make use of the corners and catch your enemies off-guard at medium-to-close ranged.

C4s and other explosives can definitely land you a few kills every once in a while. You’ll find enemies stacked helplessly in corners, as you take out the pin of your grenade.

Field Mic is another good idea you can roll in Satellite, just like Moscow. It’s definitely one of the more useful utilities amongst the other things in Call of Duty: Black Ops Cold War.

Crossroads
Crossroads is a relatively large map, and unfortunately, also a haven for Snipers.

Make sure to keep an eye out for the tall buildings at the ends of the map, as you’ll find a few annoying campers constantly taking advantage of the sniping point.

There’s a really large open part of the map right in the center, you might want to avoid it at all costs unless you have no choice. The path leaves you extremely vulnerable with barely any cover.

Tanks spawn at both sides of the map. You can get in one and wreak havoc, however be careful to not wander out in the open while one of these are rolling around. Easy kills for the enemy.

Armada
Gunboats are annoying, but luckily the Gun Turrets on the sides of the ships allow you to easily take care of the problem should they bother you a little too much.

When in doubt, jump into the water! Water’s good cover, and it can be a good way to escape death.

You’ll find ziplines throughout the map. Use them carefully to position yourself between the three boats.

The ship’s interior is a little tight, and using close-ranged weapons is definitely ideal.

You’ll find yourself out-gunned with an Assault Rifle if your opponent is using a Shotgun or an SMG.

Cartel
Use the foliage in Cartel to mask yourself in open areas and catch your enemies off-guard.

Cartel is yet another three-lane map. Finding out where all the action is happening, and planning a quick flank can prove to be worthwhile.

The center in Cartel is a hot zone, and it’ll always be lit. You might want to chuck a few grenades in there for a lucky kill or two.

Get a motorcycle, and run some enemies over in style! However, they do make you a very easy target.

Keep an eye out for cheeky campers on the Hangar. There will, most of the time, be someone hiding on top of the crates, and sometimes in the darker corners of the hangar.

That’s all of our Call of Duty Black Ops Cold War Multiplayer Tips. Now get in there and dominate multiplayer!