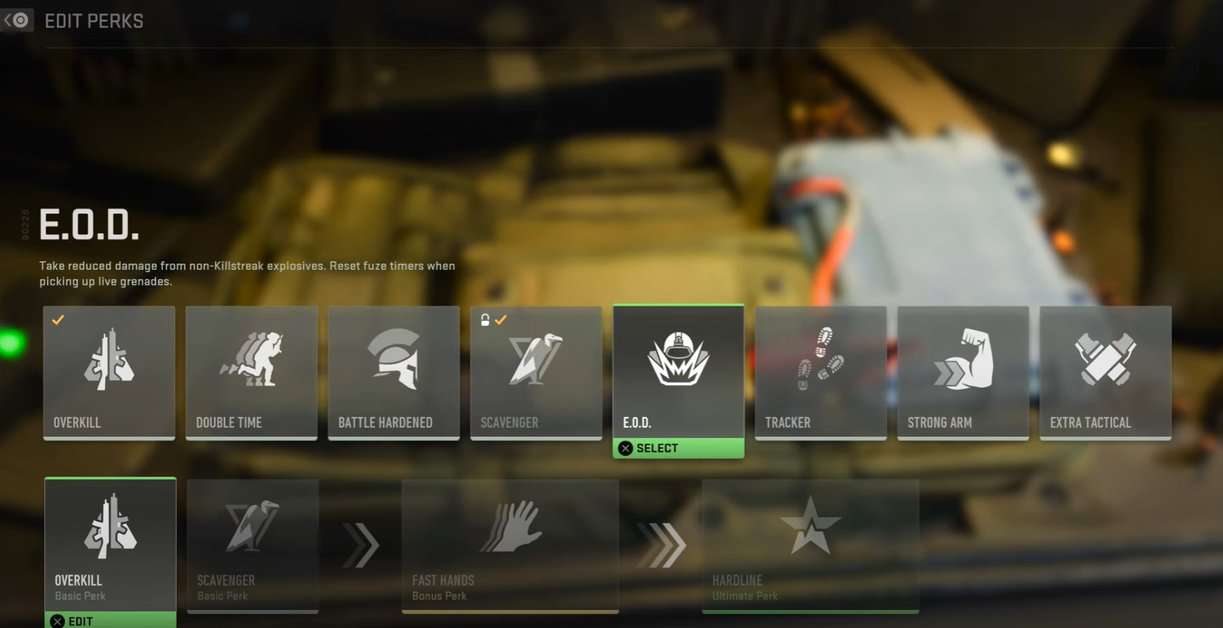 Perks were always an essential part of the weapons in Call of Duty, and Modern Warfare 2 is no different. Perks have been tweaked a bit in the latest installment so that while their functionality remains the same, the way those benefits are given differs a bit.

In this guide, we will briefly explain how the new perks system works in CoD MW2 and give you a suggestion of some of the best perks to use in Modern Warfare 2.

Don’t get too excited, as you will not get all four perks immediately. At the start of the match, you will get two base perks.

After that, when you have played for around 4 minutes, you will get one bonus perk, and after 8 minutes, an ultimate perk. However, it is not a fixed time.

You can also get the other two perks by killing enemies quickly, as every 10 points you earn will decrease the perk unlocking time by 1 second.

What are the best perks in Modern Warfare 2

Now that you know details about the new Perk Packages system, let’s talk about some of the best perks in MW 2. Below is a simple list of our best perks selection, in no particular order, in CoD MWII followed by their detailed explanation

This perk will allow you to carry two primary weapons simultaneously without worrying about using other weapons. It means you can have two assault rifles at a time.

It will make the ammo refilling easier while killing enemies on the map. You can easily pick up ammo from the corpses and continue to take on enemies without stopping.

The Resupply is a fantastic and straightforward perk that spawns you into a match with extra Lethal. Especially in melee encounters, you can use that extra lethal to take out enemies quickly.

This bonus perk focuses on reloading and swapping your weapons quickly. This perk is handy, especially if you use it with the Overkill perk.

It is a special perk for the snipers, as you will get more Hold Breath duration with it. You can hold your breath and hit targets more precisely.

This perk hides you completely; even Portable Radars, UVAs, and Heartbeat Sensors can’t detect you. You can surprise enemies by appearing suddenly and taking on them.

The combination of mobility and invisibility can bring havoc on the enemies. This combo will make enemies scratch their heads, as they will never see you coming.

Double Time and Fast Hands increase your speed in reloading and using the equipment. Additionally, boosted sprint duration and crouch movements ensure you reach your objectives before the enemies.

The Tracker will allow you to hunt down enemies by following their trails and making them feel helpless, as you can use the information from their tracks to position perfectly.

With the combination of Ghost, enemies will never see you coming, and you can hit them harder than their imagination. Leaving them surprised and buried in the ground. This perk is best for the aggressive playstyle, making you kill enemies all around the map due to added invisibility and movement boost.

This perk combo is the most suited for assault rifle players and can also be used with battle rifles. With Overkill, you can equip a shotgun or SMG to bring havoc even during close-range combats or when you run out of ammunition.

Scavenger comes very handy when you try to poke enemies, as you can gather the ammo very quickly due to this perk. This will keep you poking the enemies and bringing them to death.

With the Quick Fix perk, you can regenerate health quicker after taking down the enemies and get hold of the most objectives due to higher survivability brought by this combo of perks.

You will be able to reach score/killstreaks easily because of Hardline as it reduces the requirements for each streak, making you control the flow of the game and providing you with better potential to get killstreaks.

This perk package is for you if you love taking down the players using single shots. Fast Hands will allow you to quickly return to a shooting stance and outplay the enemy due to higher mobility, and it means you will reload your sniper or shotgun much quicker and fire more rounds than enemies.

If you are carrying a sniper, having Overkill will provide you with an SMG or Shotgun to cater to the close-by enemies. You will not have to run when the enemies rush toward you and can take them down quickly.

Combining High Alert’s potential to extract information regarding the enemies with Strong Arm’s ability to throw equipment further makes them a perfect duo. You can set traps by knowing the enemy locations and placing perfect grenades to score more kills over enemies