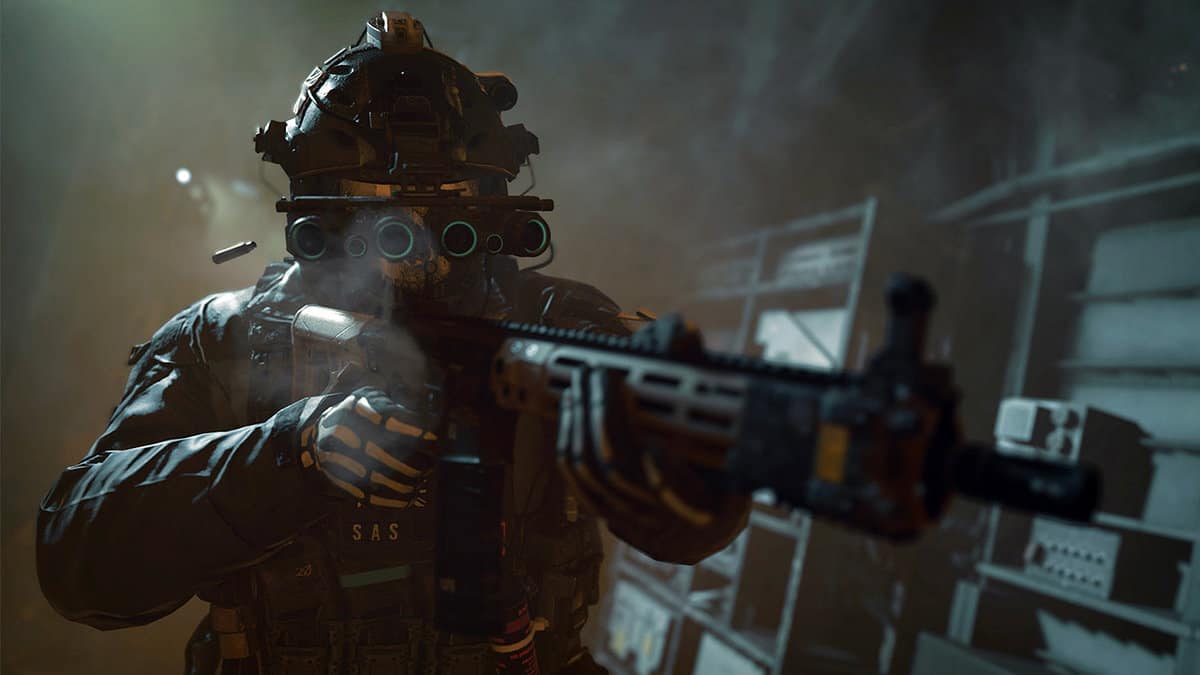 In Modern Warfare 2, assault rifles allow you to form a brick wall in front of the enemy team. Your job as an assaulter is to provide covering fire to your SMG rushers, pick out advancing enemies from range, lock down objectives, and ensure that no enemy player is able to circle around to flank your team.

There are a number of factors that define a good assault rifle. Since you will be relocating a lot during multiplayer matches in CoD MW2, you need your AR to have high accuracy at different ranges, low recoil, excellent control, a large magazine, and good damage.

The following guide will help you get started as an assaulter in MW2 multiplayer by pointing out the best assault rifles to unlock in Modern Warfare 2.

One of the most reliable and deadly assault rifles in franchise history is the M4.

It allows you to kill enemies at any range, and any other weapon hardly matches the recoil control and accuracy of this weapon.

You can provide cover from any position and earn killstreaks to offer an edge to your team in the multiplayer of MW2. Additionally, you can customize the weapon just to your liking, as the customization options are huge for this AR.

The right set of M4 loadout will allow you to take down the enemies easily from any range. Moreover, the impact of your play will provide your team with the option of efficiently capturing the objectives and then holding their positions.

If you want to own enemy players in mid to short-range but like to play as an assaulter, then there’s no better option in the AR category than Kastov-74U.

The weapon equips you with a high firing rate and damage output that even the SMGs might fear facing you in different positions. The only problem with the gun is its high recoil and accuracy problems.

The damage output of this weapon means you need to land just two or three clean hits for a confirmed kill. Even the body shots will be enough to build killstreaks and provide the opening frags for your team.

The recoil problem can be overcome by having a good Kastov-74u loadout designed to give you higher accuracy and recoil control. If you get hold of the recoil on this weapon, then this weapon is going to be the deadliest.

You could cover your players and even take an aggressive stance with them to move in and surprise the enemies by using your skills on this beast of an AR rifle in Modern Warfare 2.

If you have played the SCAR in the previous Call of Duty games, you are in for a treat. The TAQ-56 is the same weapon in MW2 and allows you to deal maximum damage to enemies.

It’s easily one of the best AR rifles to unlock in MW2 as you can take down enemies from long range without putting yourself much at risk against enemy SMGs or exposing yourself to enemy snipers.

This weapon is no less powerful in dealing damage compared to Kastov-74U. You can one-shot kill the enemies if you land the headshots perfectly and inflict substantial damage pushing the enemies back.

TAQ-56 also ensures that you can hold objectives for extended periods, and its fast TTK provides quick kills for your team.

However, problems associated with the weapon’s recoil and slow fire rate can be overcome by having a balanced TAQ-56 loadout. This will ensure that no enemy can stop you from clearing the areas for your team.

This weapon can prove to be a good choice in the AR category. You can use the weapon to cover your teammates while they move in, and the high accuracy ensures swift kills on the enemies.

M16’s burst damage is crucial, as the weapon can bring down any enemy from every range. If you have perfect aim, the weapon’s accuracy will ensure you kill in all your engagements. You can also improve your killing capability by investing in the class setup.

It would be best if you had a balance M16 loadout between accuracy and damage output. So the class setup can be utilized to provide you with a perfectly balanced weapon with almost zero recoil.

The rightly crafted M16 will push your killing abilities to the next level, and you can provide the required cover to your pals by landing those one-shot kills. This will make your multiplayer journey in MW2 fruitful and joyous.

Another one from the pack of AR rifles in MW2 is the Lachmann-556. The weapon allows you to clean out enemies from medium to long ranges, and you will not have to worry about recoil on this weapon.

The weapon potential is vast in the maps where you primarily have to engage in long-range combat. You can even engage the snipers while taking cover to land kills and provide the opportunity for your team to move in without worrying about snipers.

The only downside of the weapon is the slow rate of fire and higher requirements in terms of the skill set. However, the problem can be overcome by crafting your Lachmann-556 loadout to increase the speed of fire and damage output for the weapon.

The problems are few and can be eliminated using the perfect class setup. However, this weapon is still one of the most reliable options in the assault rifle category of Modern Warfare 2, and one must grind the weapon to become a beast on it.