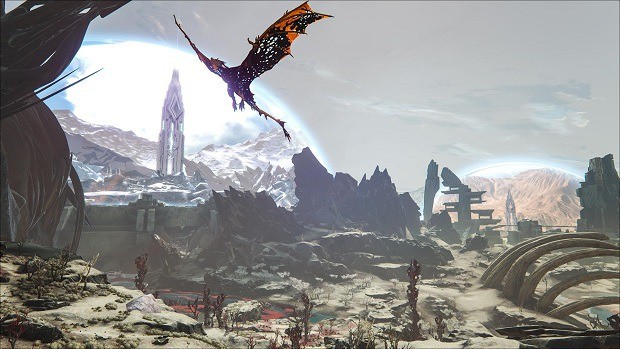 Finding the perfect base locations in Ark Extinction is essential to survive and dominate the game.  The game provides a wide variety of bases each with its own set of pros and cons.

However, some of these bases are much better than others as they are obscured from plain sight or are in caves, and you’ll be able to protect yourself from any inevitable raid attacks without doing much. Be quick, though, before someone else claims that location.

This guide is the perfect source in this regard as it highlights the best Base Locations in Ark Extinction.

Best base locations in ARK Extinction

ARK Extinction is the newest DLC of ARK and it sure has some great content. From world-class events like meteor showers to smaller additions like PvE hordes.

ARK Extinction will make you feel the adventurous world of ARK in a whole new manner. Of course, if you’re a veteran player of ARK, you realize the fact that location is everything in ARK.

Here are some of the locations you should head over to if you have a GPS.

The Waterfall Cave location is at the following coordinates:

The first base that might be good is a cave filled with waterfalls on the outside known as the Waterfall cave. The cave has a decent number of material spawns including trees and bushes.

Since it’s a cave, it might have some hidden locations for metals, but we haven’t found many of them just yet. It is a good location for a base if you’re playing alone.

The Cave Below King Titan Terminal can be located at the following coordinates:

This cave below King Titan is a great location for a 3-4 player clan. There are only two entrances and the area is pretty safe from all other forms of PvP attacks, and probably the bigger dinos too.

The best base location in Ark Extinction near the city terminal is roughly at the following coordinates:

A fine choice for a bigger clan is the location near the City Terminal. The area is a very good spot for both farming as well as building a HUGE fortress.

There is a catch though, the area is full of dangerous dinos, so you might want to level up a bit and have some weapons before moving to this location. This is why this location is great for bigger clans.

These coordinates will take you to an abandoned building, that can serve as a very good base location in Ark Extinction:

The best spot in my opinion is the Crystal cave. The area has a lot of green biome as well as crystals that you can mine if you have the required tools for the task.

Additionally, the area seems very safe from large dinos and you can build a base on the higher cliffs here for better protection from the world. This base is good for PvE.

Another great location to build your base can be found at the following coordinates:

The abandoned building is a great spot for smaller tribes because the area itself is almost fully flat and almost covered. There is not enough space for bigger dinos to get inside, so you can rest easy.

The number of trees and rocks in the surrounding’s pretty good too, so you can move up here even if you’re low level. Although, you might expect some issues crafting a GPS at such a low level.

The following coordinates will take you to another feasible base-building spot in the game:

This location is found in the Sunken Forest. The player will find a river at these coordinates. Follow the river to reach a ledge. A nice shelf found here is a safe base location. This base is good for PvE