How To Protect Your Base Against Raiding in Ark Survival Evolved 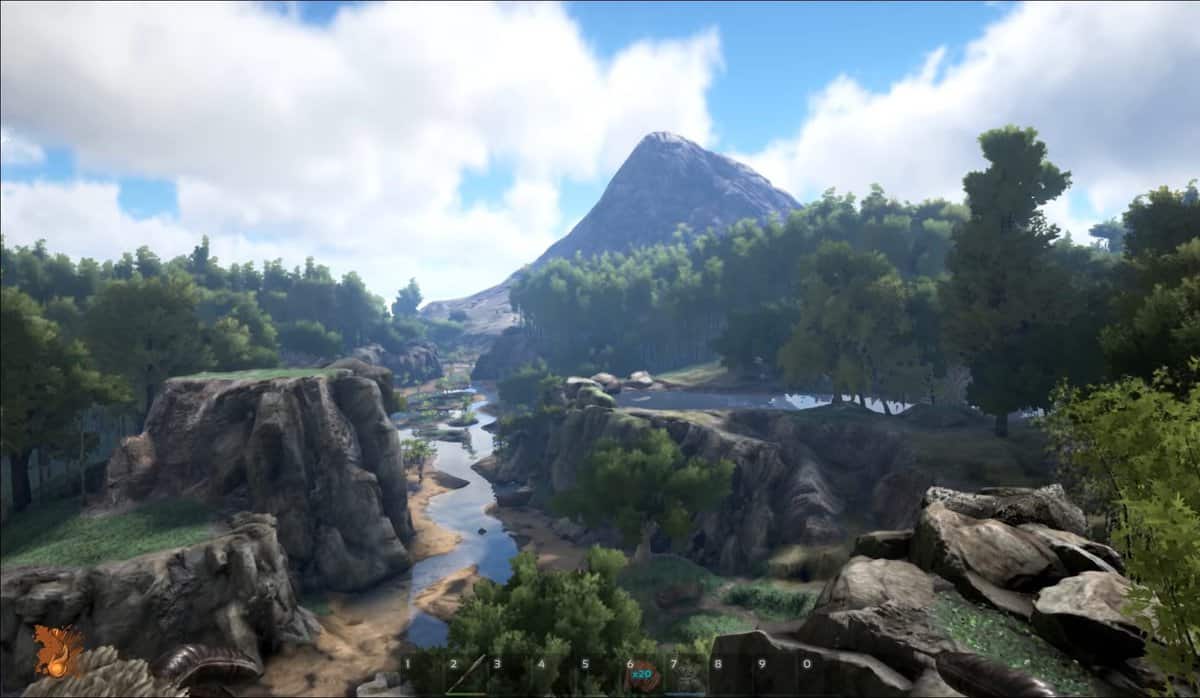 Other than the gruesome dinosaurs and monsters that inhabit the world of Ark Survival Evolved, your sweet base can also be raided by in-game NPCs if you don’t protect it well.

Furthermore, players can also raid your base if you are playing on a PvP server, destroying your progress and home.

Protecting your only haven on the lonely island of Ark Survival Evolved can be difficult at first, but there are a lot of steps you can take to make sure that your home of operations stays safe, whether you are out hunting some dinosaurs or offline from the game.

This guide will help you protect your base against raiding parties in Ark Survival Evolved by talking about some useful tips.

Useful tips for protecting your base in Ark Survival Evolved.

The guide provides an overview of everything you can do to protect yourself from those unfriendly raiders roaming the world of Ark: Survival Evolved:

Location of your Base

It shouldn’t come as a surprise that you can die rather easily in the game. And most of the players in the game make it even easier for other players to find them and kill them by choosing bad base locations in Ark Survival Evolved. This is the very first lesson that you must learn.

You need to put in some effort to hide your base and yourself. I find that most players set up their base near the ocean to remain well-fed and hydrated, but it doesn’t end well in the long run.

Therefore, you must hide your base amidst large trees and rocks and, most importantly, in a place where there aren’t many people already.

There are no good neighbors in Ark: Survival Evolved and even if there are, they may not remain good later down the road. So don’t build your base around the beach and keep it well hidden.

Build in high spots. End of cliffs and on plateaus. This does reduce your escape options, but this forces enemies to attack from one side and you can focus on defending a single entrance.

Defend your base well

It is normal, to begin with, to a Thatch Base, but it’s near madness to stick with it for a long time. Stick to a Thatch Base for longer than a couple of days and you’ll find burned to the ground and a hole in yourself.

As soon as are capable, make sure to upgrade to Wooden Base, which can be demolished with Basic Stone Tools, but it will suffice until you get Metal Tools at Level 25.

Do note that most raiders are simply solo players looking for some plunder and your Thatch Bases are their heaven. Don’t feed them! Lastly, tame some dinosaurs to help you protect your base and be prepared for a fight.

Get creative with your base’s design

The first and foremost thing that you need to understand is that you’re not playing to impress. Pretty bases will not get you anywhere!

Your base needs not to have any Thatch, otherwise, people will take no time to break and kill you. In addition to this, do note that Outposts are your friends.

I can’t stress the importance of joining a Tribe in this game. Joining a Tribe not only provides you with bonus XP, but you also become a hard target. In addition to this, you will also get a lot of help from your Tribe Members.

In ARK Survival Evolved, more people mean more security. Raiders tend to loot and kill solo players for the risk of attacking a Tribe is too high. So this is a good time to find yourself some friendlies and join their Tribe.

Lastly, do remember not to trust anyone, keep your distance from unfriendlies, and always have a spare spear with you!

You might want a huge castle to live in like a king, but is it worth it in a hostile world with no limits? Always try to build just what you need and focus on defense, rather than making large lavish bases.

Even if you have a tactical advantage, large bases stand out much more and the more you expand, the more you tend to leave weak spots in your base’s defense for others to exploit and it will become difficult for you to defend it when attacked.

Huge castles with hundreds of Dinos can be easily brought down by smart players, but finding weak spots in small, compact and highly defended bases is much more difficult.

This tip goes for whatever material base you have, Thatcher, Wood, Metal, no matter what, try to layer your outer defense. A 3 Foundation thick wall will always offer better protection against explosives and beasts than a single-foundation thick wall.

Other than walls, getting multiple layers of walls between the other most wall of your structure and the inner sanctum, will make it harder for raiders to get through.

Remember that all the resources in the game are limited, you cannot just keep on blasting down walls without grenades, so your best bet to protect against raiding is to try to get your raiders to waste a lot of resources, making it riskier to raid you while you are defending it.

This one seems crazy, but unfortunately, is a common mistake. You make the outer wall from metal, but the insides are made of wood. Seems resource friendly, but this is the worst thing you can do for yourself.

Making a structure with a weak inside might keep the raiders from entering your base, but their grenades may destroy the inside structures of your base, causing you to suffer heavy losses.

Make sure your entire structure, in addition to being well-defended, is also as strong on the inside as it is on the outside.

We all bring in pet Dinos to defend their master’s house. Then, we place turrets and make high walls to keep it all safe. But the placement of your defensive structures can be your downfall if you don’t set them right.

We see players putting a ceiling on a piler and placing a turret on it, A sentry turret like this may seem like a good idea, but unfortunately, the large ceiling on a single pillar, while does allow you to make a resource light defense tower, also offers ample coverage for your raiders.

They can simply walk under the turret and stay safe from its fore, and sometimes fore of your last defenses also.

The best option for you to use turrets is INSIDE the base, where mobility will be limited for raiders, where they are being swarmed by your Dinos and just running around to avoid turret fire won’t be a viable option.

Closed spaces also allow you to protect the blind spot of your turrets, and prevent your raiders from exploiting these blind spots.

You see many players build huge walls that look scary to defend their walls, but these straight walls are the worst thing you can do.

Ideally, you want to make sure that your high walls have windows, that keep your raiders from seeing inside the base and assessing your defenses, and allow you to look outside whenever you want from different angles.

A well-built wall that provides vantage points to look upon your entrances and gates is a huge benefit, as even if the raiders kill you, you can respawn and get to your sniper rifle or any other weapon, while the raiders are still out.

Furthermore, multiple windows overlooking the same spot, allow you to avoid enemy fire better and make them feel unsafe, as there is no telling where you might pop up.

You can even camp at any spot and keep on disrupting their efforts to break in. just wasting raider resources without putting yourself or your resources at risk.

Fight on Your Turf

Your bases not only protect you but also grants you a complete tactical advantage. You know the ins and outs of its layout. You know how to get around, but your raiders don’t. They are to destroy and loot it.

Never rush out in the open to defend. Let your raiders close in trying to get through your initial defenses. Try to get them in compromising spots where you can kill them off rapidly.

People tend to go all out from the start to scare off attackers, but that never works. You get killed, looted, and ruined. It’s best to make sure that your confrontation takes place where you have an advantage over your attackers.

When making your defense strategy, make sure to keep extra resources at places where you will fight, and just next to your spawn point. Just get-and-go setups.

When in a raid, you don’t have time to go to your storage and get new clothes and weapons when you die. You need to be quick. The best thing you can do is to make your returns quick to have quick loadouts ready to pick at different points.

These are some of the most useful and basic tips we can think of when you need to protect your base in Ark Survival Evolved.