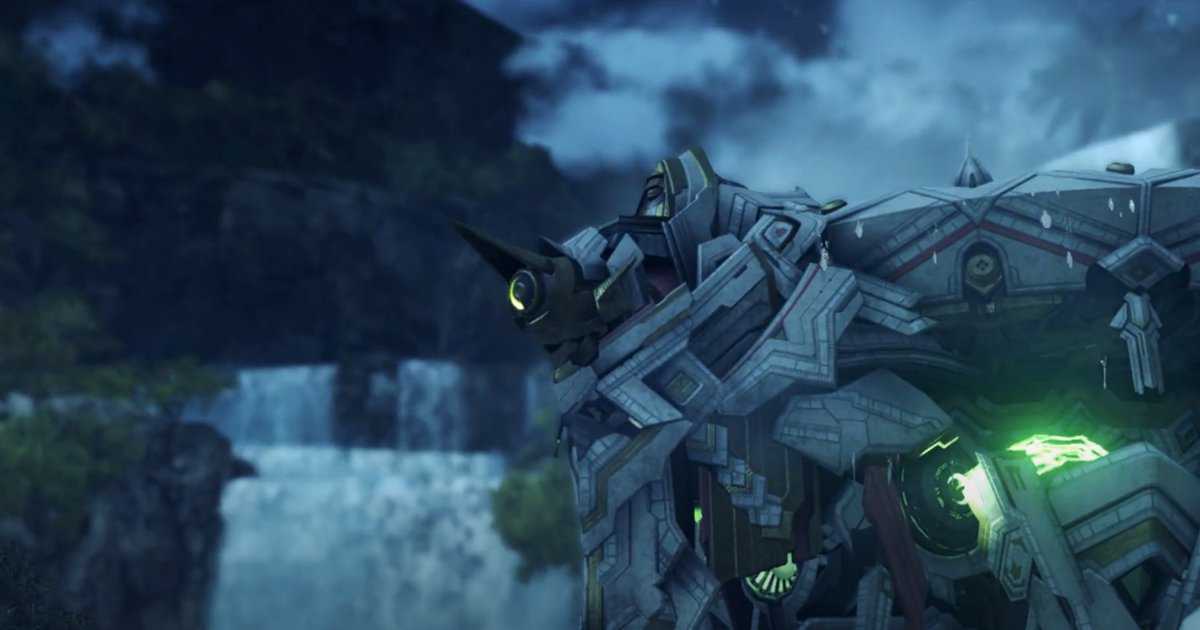 The bigger they are, the harder they fall. It might be true for everything if you are not ready for the battle, you are the only thing that is going down when fighting against Lambda Ferronis in XC3. To make sure that doesn’t happen we have crafted this guide to tell you everything you can do to easily take down Lambda Ferronis in Xenoblade Chronicles 3.

Where to Find Lambda Ferronis

You can find Lambda Ferronis during Chapter 3: Saffronias of the main campaign of Xenoblade 3 in the Pentelas Region. It will appear from behind of a giant waterfall and will initiate a cut scene. You don’t expect to fight a humongous military base but it’s XC3 and anything can happen.

Below we have mentioned some of the Arts used by Lambda Ferronis in XC3.

Lambda Pressure: Lambda Ferronis, at the very start of the fight, will start a blaze field around and below it so no one is able to approach it directly.

Levnis Command: Lambda Ferronis will summon two smaller bots known as Avia Mechs that will boost the attack and accuracy of the main boss.

Dust Sweep: Lambda Ferronis will pull its arms back and then swing them forward, creating wind pressure that will deal some damage while also knocking anyone that gets hits by it, back.

Fire Blindly: Lambda Ferronis will lock onto a target and will drop an attack from above multiple times that will create an AoE where everything gets inflicted with moderate damage.

Lambda Cannon: Lambda Ferronis will hold for a few seconds to charge its primary cannon, then unleash everything in the middle of the battlefield. This will deal heavy damage to anyone that gets hit by it while also inflicting Daze.

How to Defeat Lambda Ferronis in Xenoblade Chronicles 3

Lambda Ferronis might seem unbeatable at first, but once you properly formulate an attack strategy and know enough about the boss, things start to seem more and more doable.

The first and foremost thing is that you should be at least at the same level or above to even have a chance to beat this boss. Lambda Ferronis is a level 28 boss so you should be level 28 or above.

It is recommended to take Valdi into the battle with you because of his Chain Attack that is especially effective against Lambda Ferronis and along with Valdi, take at least two tanks in the battle as well.

At the start of the battle, Lambda Ferronis will start blaze zone right below it which will make the area unapproachable but it’s a good thing that you can hit the giant moving military base from a distance.

When Lambda Ferronis uses its Levnis Command Art in Xenoblade 3, make sure you defeat the Avia Mechs. If left unchecked they pose a great threat to you and your team. Focus on them before you move back to the boss.

Be sure to keep enough healers and heals ready to deal with the tons of AoE damage from the Fire Blindly attack and make sure to keep healing; otherwise, your party members will go down.

Deal as much damage as you can using the chain attacks when Lambda Ferronis is charging the primary cannon using Valdi and his chain attack. Lastly, you don’t have to worry much about the dust sweep attack. It will only knock you back a little bit while the damage is negligible.

Keep a steady pace, the enemy has a giant health pool, keep attacking from the distance and as much as you can before the enemy goes into enraged mode and things start to get out of control. The boss will go down slowly but surely.