The Witcher 3 The Warble Of A Smitten Knight Walkthrough 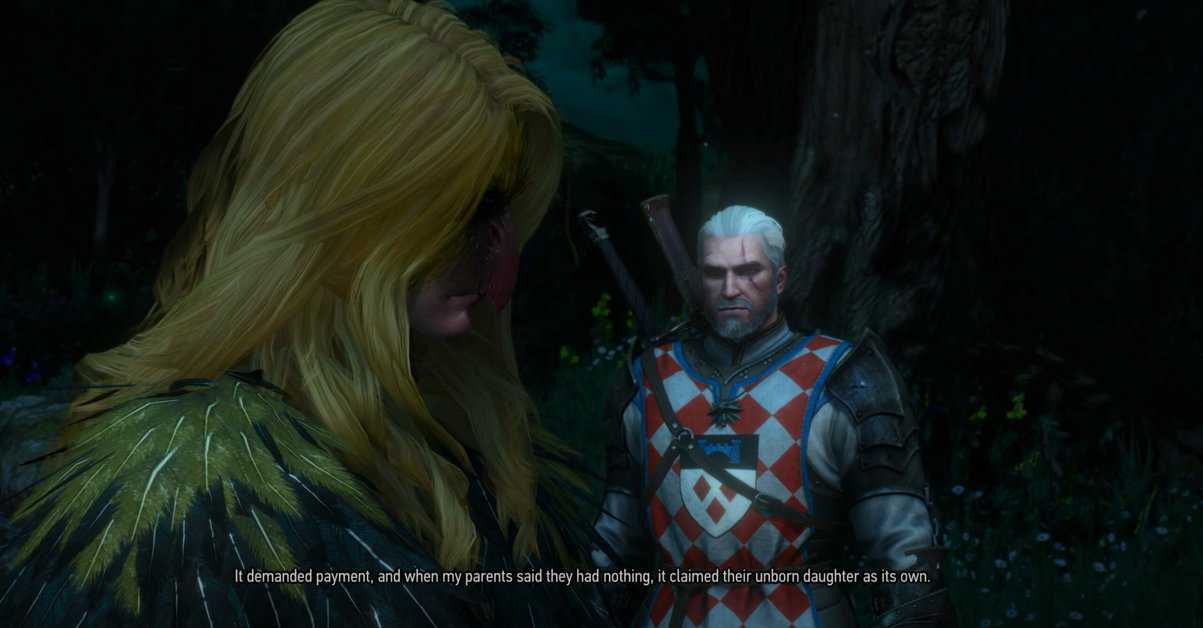 One of the side quests you find in the Blood and Wine expansion pack of The Witcher 3 is the Warble of a Smitten Knight. This quest is unlocked after defeating Shaelmaar in the Beast of Toussaint questline. Many things are going on in this quest, and you have to make many choices that will affect the quest’s ending.

This guide will help you find and complete the Warble of a Smitten Knight side quest in Witcher 3: Wild Hunt.

Warble of a Smitten Knight Walkthrough

Guillaume can be found near the Tourney Grounds Signpost in the medic’s tent. He will ask Geralt to fight in his place in the tournament, as he needs to find a way to lift off the curse from Vivienne de Tabris, and he is injured. Guillaume has to stay will Vivienne to help her and asks Geralt to participate instead.

Choose between Geralt and Ravix of Fourhorn

When entering the tournament, you can decide whether to enter as Geralt of Rivia or Ravix of Fourhorn. This choice will lead to a few changes, mostly retaining which knights will challenge, in what contests, and what name will be inscribed on your trophy. Other than that, choosing either name for yourself has no significant consequences.

If you enter the tournament as Geralt of Rivia, you go through the mounted duel contest and have the option to get Proof of Honor, which then unlocks the “There Can Be Only One” side quest for Geralt. You can also open this quest through other alternates if you don’t want to go with Geralt of Rivia.

Going as Ravix of Fourhorn, you go through the fistfight tournaments. Other than that, there are a few dialogues when you take the oath and during Le Papillon’s announcements.

After your first contest, whether you got the fistfight or mounted duel, your next contest is at the shooting range. Here, you can have a unique interaction if you have met Palmerin de Launfal. To get his interaction, you must have to beat him in Gwent before entering the tournament.

When you meet Palmerin, he greets you as a friend and offers to switch places with Geralt, as the sun might get in Geralt’s eyes and make it difficult for him to shoot. The sun makes no difference, and you can switch places or refuse; it is entirely up to the player. Any of the dialogue choices here have no consequences.

The objective is simple. You need to shoot your targets before the opponent wins. If you lose, you move to the next objective in the quest. If you win, you get 100 XP and a customized crossbow directly from Vivienne.

When you go up to Vivienne to get the crossbow, you feel your amulet reacting to Vivienne, but she just disengages from the conversation by saying she got her perfume from a sorceress, that’s why the amulet might be reacting in TW3 Wild Hunt.

You get some time between the shooting content and the next contest. Meet up with Guillaume, and he will ask you to search around in Vivienne’s tent. He will provide a lookout, so you can avoid getting caught.

Here, you will never get enough time to look at all the clues, but the main ones you can look for are the claw marks and oriole feathers.

After you have examined several clues using your Witcher’s Sense, you will be interrupted and have to leave the tent to avoid snooping around. From whatever clues you might have gathered, Geralt will suspect that Vivienne is a Bruxa.

You leave Vivienne’s tent on Guillaume’s signal and get ready for the next contest in the tournament, the race.

Winning has no consequences other than another unique interaction with Vivienne. Losing gets you nothing, as expected. You get 100 XP and a customized saddle from Vivienne if you win. As you do, Vivienne will ask why he was snooping around her tent and won’t believe any of Geralt’s excuses.

After the contest, you will go for a drink with Guillaume. Here in the bar, before you and Guillaume can talk, you will be confronted by either Arthur or Anseis. Arthur will challenge Geralt to a fistfight, and Anseis will challenge you to a mounted duel. You cannot reject the invitation to the fight.

After this second interaction, Guillaume will tell you that he saw Vivienne heading into the woods and asks you to follow her. You do so.

As you follow Vivienne towards her tent, you enter the tent after Vivienne and find it empty, except for an Oriole bird. This bird is flying off into the woods, supposedly leading you to Vivienne, so follow it.

At times, the bird will land on a tree, and panthers will ambush you. You can defeat them, so just push through them to the bird. Once you get close enough to the bird, either after killing the panthers or not, it will start flying again.

Follow the bird and go through the cave to get to the other side instead of scaling the mountain. You need to fight through a Wight and Barghest in the cave. Once you emerge from the other side of the cave, the bird will be waiting for you.

Continue following the bird; this time, it will directly lead you to Vivienne. As expected, Vivienne is cursed and has become a half-bird hybrid. Vivienne doesn’t attack you but expects the renowned witcher, Geralt of Rivia, to kill her and make it quick to free her from the burden of her curse.

Here, Geralt tells her that she can get rid of the curse rather than die. She can transfer her curse to someone else or use an oriole’s egg, which will shorten her life span to only 7 years.

Vivienne here will pick the option to use oriole’s egg and ask you to keep it a secret. However, you need to make the actual choice here and decide between the oriole egg or water ritual. Keep in mind that the choice you make here is permanent and will affect the ending of The Warble of a Smitten Knight quest.

You can choose to reveal information about the curse to Guillaume in which case he will insist on helping and ask Vivienne to transfer the curse to him.

After you have made your choice, you will go back and meet Vivienne in her tent to get rid of the curse. This is where your preferences will matter.

Below we have given the outcome of both choices during The Warble of a Smitten Knight quest in The Witcher 3 Wild Hunt.

Transferring the curse to another person

The first option you have is to transfer the curse onto someone else. This will also weaken the curse’s effects, so the new recipient won’t have to suffer as much.

After you return from the woods, you meet with Guillaume and inform him of the entire situation. When you meet Vivienne in her tent, Guillaume will enter the tent and offer himself as the new recipient of the curse. He will persuade Vivienne, and she will agree.

After making the decision, Geralt takes Vivienne and Guillaume to a nearby lake to transfer the curse. Here, you fight a panther before you can begin the ritual. The curse will be successfully transferred to Guillaume, and the quest ends. You get 250 XP as a reward.

Use Oriole egg to remove the curse

As per Vivienne’s wishes, you decided to use an Oriole egg to remove Vivienne’s curse. Vivienne asked you not to tell anyone, and you will do so. This gets you the “Proof of Honor” trophy as well.

When you meet at Vivienne’s tent, Guillaume will show up and try to persuade Vivienne to have the curse transferred onto him, but Vivienne will banish him from her tent.

After the ritual, Vivienne is free of the curse but has only seven years to live. She decides to make the most of the limited time she has left and travel around the world.

The decision leaves Guillaume unhappy, but he is still glad you helped Vivienne get rid of the curse. Again, you get 250 XP as a reward from Guillaume for your help.