Where to Find Purveyor in Fallout 76 Wastelanders 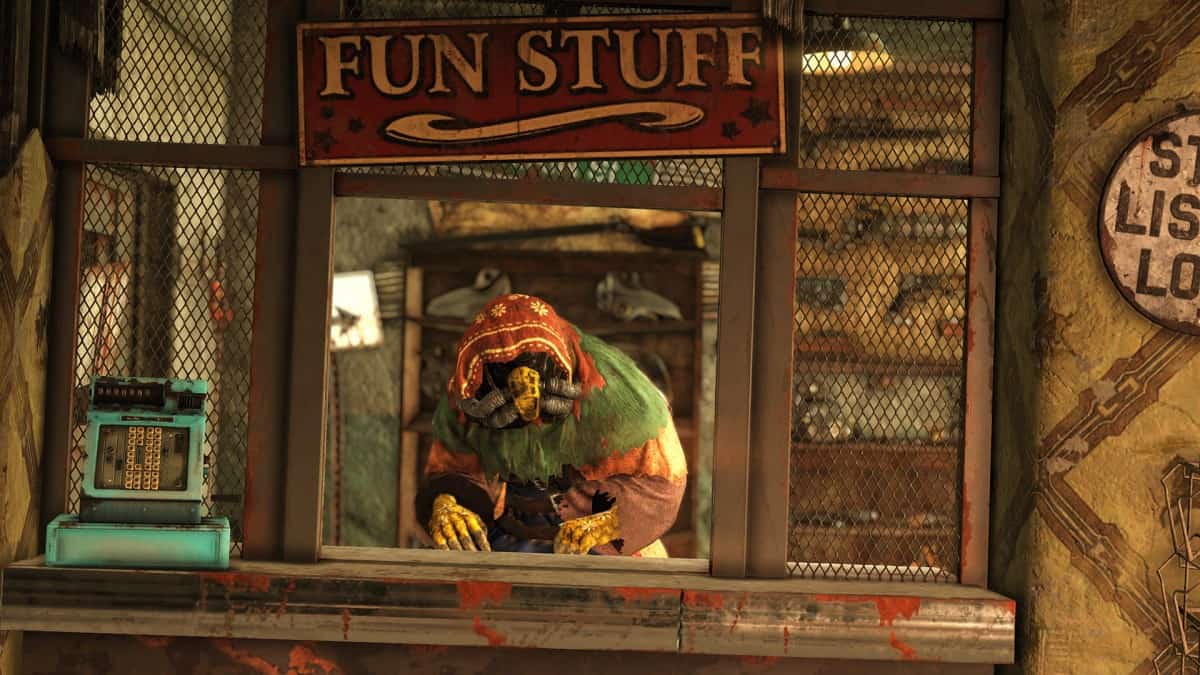 Something new that happened after the Fallout 76 Wastlanders update is that Purveyor just moved to a new location. In this guide, we will show you Where to Find Purveyor in Fallout 76 Wastelanders and trade your legendary items.

But we know what wonders this particular vendor has and every one of us would like to get or hands on them. This guide will let you help in finding her and getting the most out of her.

Where to Find Purveyor in Fallout 76 Wastelanders

In the Wild Aplachia update, Purveyor Murmrgh was added for the first time ever as a legendary vendor!

She has been residing in the Berkeley Spring Station since then but things changed with the new Wastelanders update. Now that she has been relocated somewhere in the wastelands, finding her is the new task the update has given us.

In order to find her in the Wastelanders update, you just need to go to the Rusty Pick in the Ash Heap. You will find her on the counter that comes in your way immediately after entering the area.

She is called a legendary vendor for a reason, she happened to have all you needed. With the update though, not only her location has changed but what she has to offer has changed too!

She now sells Vault Steel Scraps as well. Buy this from her and most certainly it will be a piece of cake for you to craft Solar Armour, Strangler Heart Power Armour and Thorn Armour.

The update did bring a few more noticeable stuff related to Purveyor including new weapons and always a new boss to deal with.

A new currency has been introduced as well and its called Gold Bullion which serves as an endgame currency for players to stock up on.

So that’s all you need to know about the Purveyor Murmrgh aspect of the new Fallout 76 Wastelanders update. So you better go meet her at the new location and get the supplies you need to craft the much-needed armours.