How To Equip & Unlock Blueprints In Warzone 2 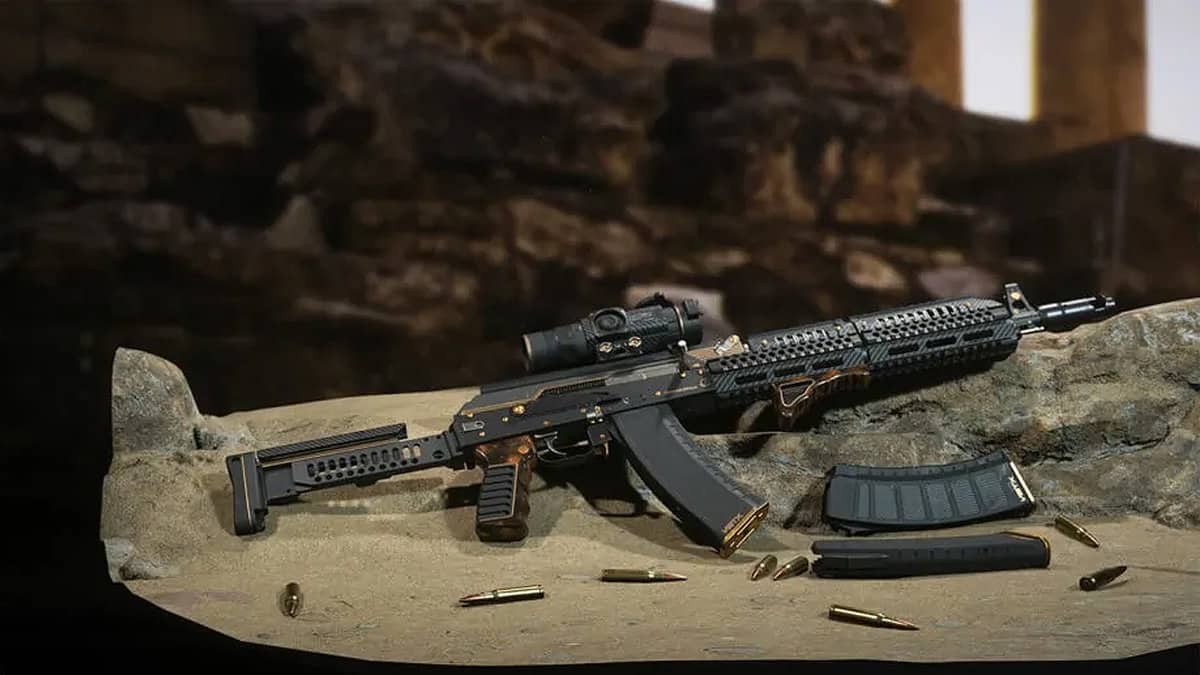 The deep weapon progression system of Call of Duty: Warzone 2 requires you to first unlock a weapon and then unlock all of its attachments before creating a custom loadout. Blueprints allow you to skip that process by equipping a copy of the weapon but with a set of attachments and tunings for better stats.

Knowing how to get a weapon blueprint in Warzone 2 is something important for players because they get to use an upgraded weapon without unlocking it or any of its attachments.

Blueprints allow you to grind XP for a weapon that you are yet to unlock, so you can level up for attachments beforehand. You can continue to use and level up guns before they are unlocked through the weapon progression system, for which you’ll need to level up other guns on the platform to a specified level.

They also come with pre-set weapon skins and cosmetics, so you get to add a bit of flair as well. However, as already stated, everything you get with a blueprint is exclusive to that blueprint. You cannot use it for any other weapon.

Once you have progressed with weapon blueprints, you can return to the gunsmith to start building and customizing a loadout for the base weapon.

The following guide will tell you how to get and equip blueprints in Call of Duty: Warzone 2.

How to equip and use blueprints in Warzone 2

You previously had an armory section in WZ1 where you could see all of your weapon blueprints. That has been changed in WZ2. You must now equip a blueprint the same way you customize a loadout.

How to unlock blueprints in Warzone 2

Every weapon in Call of Duty: Warzone 2 has at least one blueprint which can be unlocked in two ways.

The first is the premium method. You need to head into the store to purchase a blueprint, which usually comes as a bundle and is refreshed almost daily. You will need to keep an eye on the store every day to see when a blueprint becomes available for the weapon you are interested in.

The second way to unlock blueprints is through the battle pass, which also needs to be purchased using Call of Duty Points. However, here, you can unlock several blueprints by just advancing the various battle pass tiers.

The Orbiter (below) is the first blueprint you can unlock from Sector A1 in the season one battle pass. It is a twin copy of the Kastov 545 assault rifle and features a thermal scope to spot enemies easily, better range, improved accuracy, and more.

Do notice in the image that the base Kastov 545 is still unlocked. However, since I unlocked its blueprint, I can use and level the weapon with its preset upgrades.

Can I customize blueprints in Warzone 2?

Take note that weapon blueprints are most often Pro-Tuned, meaning that some of their attachments have been tuned for better stats.

While you can customize a blueprint in the gunsmith just like any other weapon, you will lose all of its weapon tunings in the process. This is because you can only tune weapons that have reached their max levels. Using a blueprint before unlocking that weapon means you are using an under-leveled weapon. Hence, customizing a blueprint will lose its tunings.

Warzone 2 features a weapon tuning section where you can tweak your attachments to improve specific stats. For example, an attachment that gives you both horizontal and vertical recoil stability can be tuned to reduce horizon recoil more than vertical.

So, you will need a good reason to want to lose your blueprint Pro-Tuned stats.

Everything with a blueprint including its aesthetics is exclusive to it, so blueprint skins can’t be used on other guns.