How To Declare War In Victoria 3 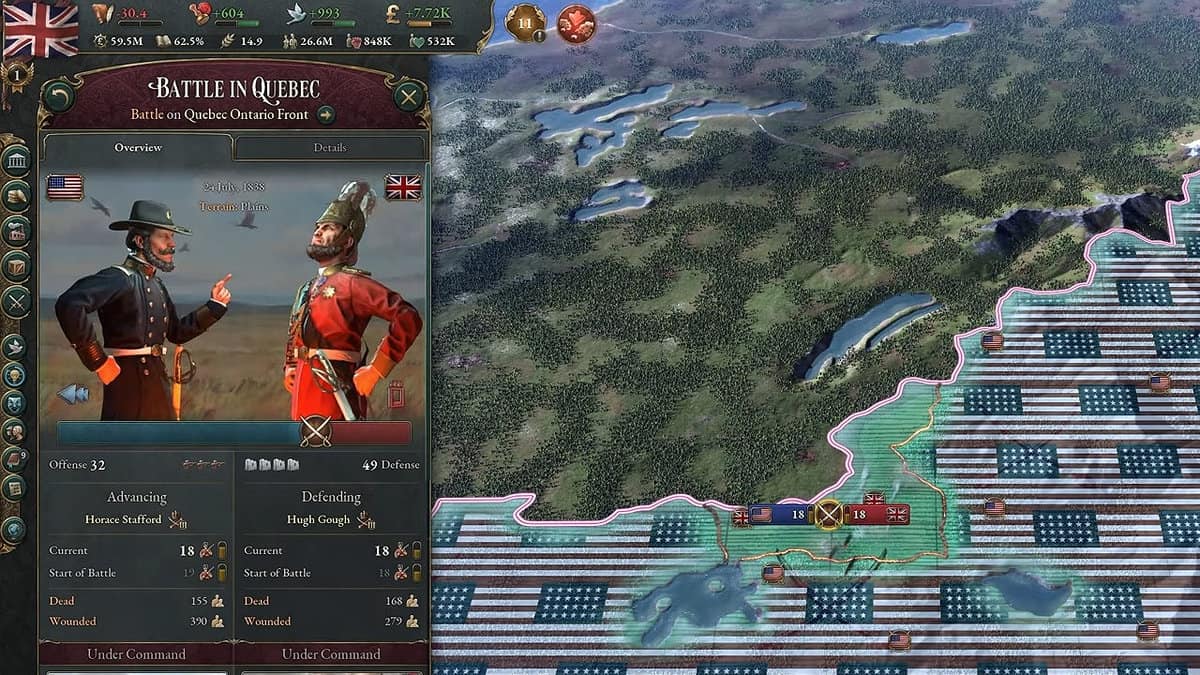 Victoria 3 is all about building your nation from scratch. That includes building a booming economy, improving trade, uploading the constitution, passing laws, and waging war.

While an age of peace will allow you to focus more on your nation’s development, you will eventually need to take up arms to either defeat an enemy invasion, force a hostile neighboring country to submit, or go to war yourself to expand your borders.

However, declaring war is not that simple in Victoria 3. You cannot just click on a country to invade. There are several steps involved with war being the last and only resort.

The following guide will tell you how to declare and win a war in Victoria 3.

The first thing to understand is that war is the result of failed diplomacy. You, hence, declare war through Diplomatic Play. When trouble starts brewing with a certain country, you will immediately begin diplomatic efforts. War is not guaranteed here unless all diplomatic avenues fail.

Furthermore, Diplomatic Play is only available with countries whose political goals affect your special interests. These usually are neighboring nations that often have a historic rivalry.

Once your country has grown enough to be considered an empire, waging war on any nation is possible, but until then, Diplomatic Play is the only available option.

How to start a War in Victoria 3

There are several events that can start the cycle of war. You will be notified when any of the below actions are performed by any neighboring country. That includes your own country as well.

The following options can ignite a war conflict.

Once such a requirement has been filled, you will begin Diplomatic Play to start negotiations.

Do note that negotiations only last for a while. If you keep ignoring their calls, you will force war on all countries involved.

In addition, the period of negotiations is how you enter the Escalation phase of Diplomatic Play. This is when you start spending resources to prepare for war.

You can also gain the support of other nations, or in case of a war involving others, you can mark yourself as neutral. This is all achieved through political means and the presentation of your terms.

Once this Escalation phase is over, and everything works as planned, an all-out war may begin. However, victory is not always guaranteed. You need to be absolutely sure of what your war goals are before declaring war on a country in Victoria 3.

How to manage wars

In Victoria 3, there are many pathways that can be adopted for winning a war but choosing the pathway given below works for most of the players. The first step in mobilization is activating the mobilization centers.

The next step in Mobilization is to select all the generals and put them where they need to be which is at their helm.

In Diplomatic Play, once the gauge of the Escalation Level reaches the maximum, the actual war will begin. Followed by a message on the screen “War has Broken Out”.

After the war has begun, shift to the combat phase and fight using the “The Arms” button. Hover over different regions to track the wounded and dead which will give an estimate of expected victory in the war.

The position to negotiate with the enemy will come once the war is on the winning side. Follow the steps to initiate the victory and comes to terms with the negotiation.

Making peace is coming to terms and ultimately surrendering in front of you. But the war will still go on if the enemy has other plans meaning if they reject the peace offering.

Follow the simple steps below if you still want to end the war no matter what.

Doing so, there will still be a chance that the peace deal will not be accepted leaving you in a very situation. In these instances, if an enemy comes up with a counteroffer, it’s best to go through with that no matter what the terms are.