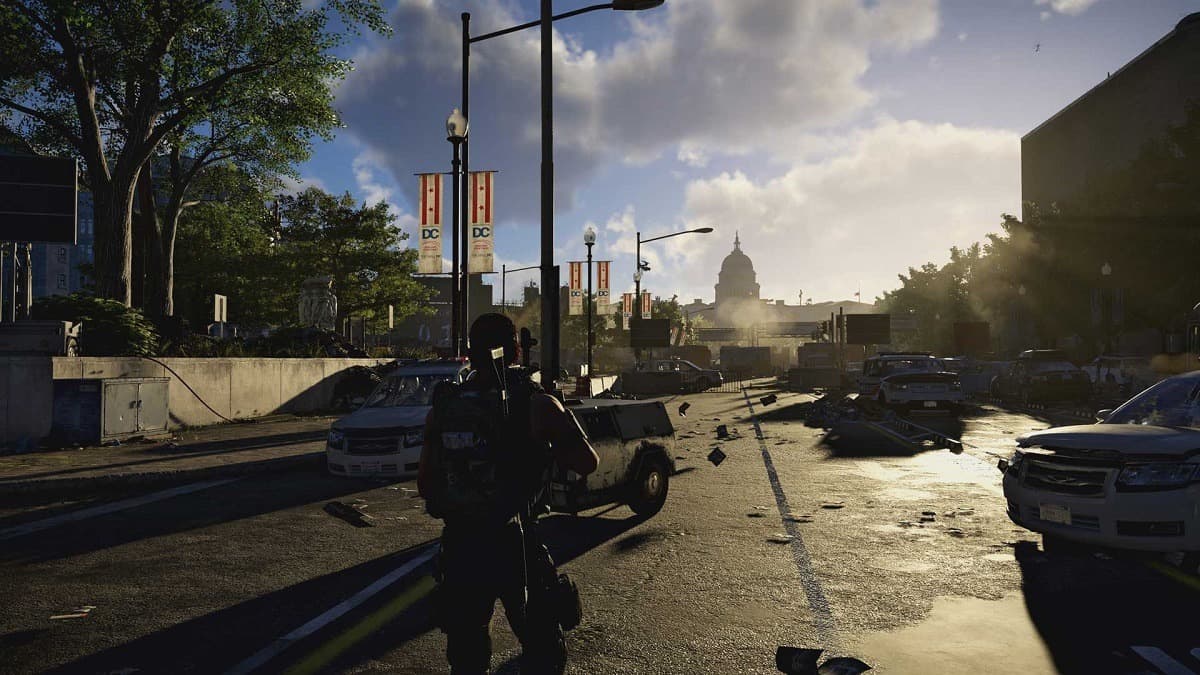 The Division 2 Gear Farming Guide to help you learn all about farming Rare and Legendary Gear with our best Gear Farming Routes that you can follow to speed up the process.

To get the high-level gear in The Division 2, your best bet to find it would be in the Dark Zone. You do not really have to be on Level 30 to run around and explore for this high-level gear.

You do have complete a mission before you unlock the Dark Zone and then you are open to go and get your loot.

How to Farm High-Level Gear in The Division 2

When you go in the Dark Zone to collect the loot, I would suggest for you to have a higher-level rank as it will save you from getting the Blue-tiered gear. They will not be as useful to you like the Purple/Gold Gear.

The other method is easy and simple! You can also Pick Locks for the Contaminated Chests. When you are picking locks, you go Rogue and increase your Rogue Level.

This also helps you in acquiring better gear. For picking up the loot from your Contaminated Chests, you will need a chopper.

Now, you know how you will be clearing the Landmarks and killing the bosses to get keys for the Contaminated Chests but other than that, your focus should be simply on farming out the DZ Chests for which you will be entering all the buildings, alleyways, and streets in search of them.

There will be skulls popping up on your map indicating the presence of chests. These chests will be increasing your Rogue Level and will be definitely granting you with at least a Purple Gear.

As you might know by now that the Dark Zone is split into three parts i.e. Dark Zone East, Dark Zone West, and Dark Zone South.

Moreover, since you will be first unlocking Dark Zone East then you will be starting off your sniffing for the chests from there. While exploring for the map, players can also complete the Dark Zone Missions that will help them raise their Dark Zone Level.

The higher your Dark Zone Level the higher will be the loot that you will find in the chests.

On your map, you will also be seeing red icons that will be marked for World Events. Again, you have to go and kill the boss, collect the keys he drops, and then you will be presented by a loot room. Here you will be finding Yellow Chests with high loot.

Do keep this in your mind that if you are using your keys and not picking locks then it will not be affecting your Rogue Level aka there will not be any increase in it.

Farming for these chests, completing the World Events, and clearing out the Landmarks you will be gaining a lot of high-level gear and will be increasing your Dark Zone Level as well as Rogue Level and completing these missions will be affecting your XP.

All this loot can be checked at the White House.

After you have collected enough loot, which you will be doing very easily and quickly in the Dark Zone, you can go to the White House and check all the gear that will be stored in your inventory.