The Division 2 Leveling Guide – How to Rank up Fast, Hit Level 30 Quickly 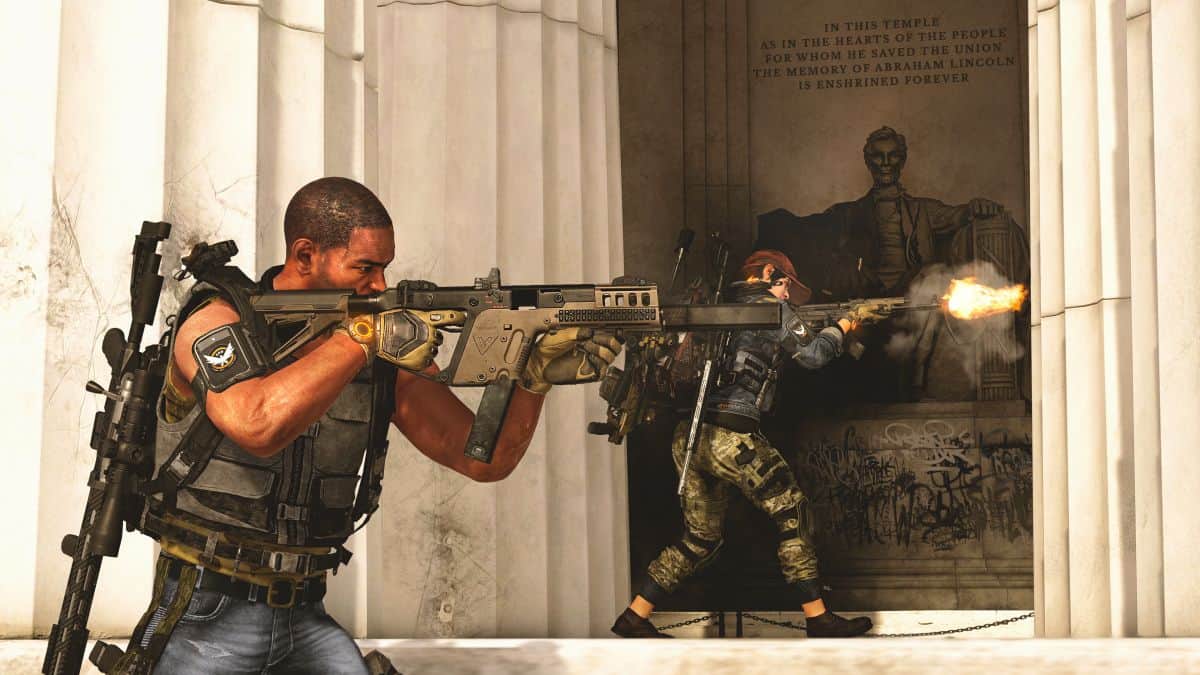 The Division 2 Leveling is of utmost importance if you wish to rank up to Level 30 as fast as possible and unlock Specializations and *end-game content*.

As a side note, it is fine to play the game at your own pace and leveling when you want to. However, this Leveling Guide is for those who are focused on the end-game more than other things.

Let us start with the basics! What actions get you to the next level by granting Experience Points? These are basically anything and everything you do in the game:

Let us explore each of things one by one alongside some tips that will help you maximize you do.

Like any looter-shooter out there be it Destiny, Borderlands, or the Division; Story Missions are the quickest way to earn XP early on.

It is also a consistent way to gain multiple levels throughout the story. The only downside to this method is that the story does end eventually, after which you cannot get more Story Missions.

Moreover, it is important to note that replaying older ones DOES grant the same amount of XP, but at higher levels, it does not really mean much.

A bit like the Story Missions but on a smaller scale. Side Missions are basically past-time type missions that you can do when there are not any Story Missions at the current time. You will want to keep your XP gaining momentum going at all times.

This is more of a drag to do since enemies do not grant too much XP. However, killing them in big numbers tends to bump you up pretty well. Not just that but also seeking out higher-leveled enemies in missions above your own rank.

Being open-world, of course, you can expect the Division 2 to have some little side activities. More importantly, activities that grant XP to players such as when conducting hostage rescues.

This method, however, is less desirable due to the slow and grinding nature of it. It is still a good way to earn XP when there are not any Story/Side Missions available.

Therefore, those are the basics of how to earn XP. Here are some slightly more specific tips now:

Buy XP Boosting Perks
When you get to the game’s hub after the Prologue. You will find the Quartermaster in your Base of Operations to buy your first Skill and Perk using SHD Tech.

In the “Perks” category, you should be able to see several XP boosting perks including the ones that provide additional XP for headshots, multi-kills, environmental kills, and even staying alive in a firefight.

While the XP gains from these perks are not massive, they should still bump you a couple of levels ahead of your friends playing without these perks. Moreover, combining them with other tips should definitely help you.

Side Missions XP Scaling
Side Missions grant a percentage of the XP you need to level up usually. This means the further along you are on a level, the less you will get from completing a Side Mission.

The best way to exploit this multiplier is to only do a side mission when you are at the very start of a level. If you are close to leveling up, finishing a Side Mission will not benefit you in the long-run.

Moreover, unlike Story Missions, Side Missions have XP scaling so if you complete them during mid-game to late-game, you will gain massive amounts of XP as opposed to repeating Story Missions on the harder difficulty that have no additional XP incentives.

Going Through the Story Missions
The fastest way to rank up in Division 2 is by going straight for the Story Missions. You will recognize these as the prominent turquoise hexagons on your map. These do the jobs of getting you to the end-game as well as leveling up simultaneously.

To further exploit this, do the missions above your level. The enemies will be tougher but you will also get an extra thick XP boost from killing them.

Repeat Story Missions Until You Level Past Them
Story Missions grant the same level of XP no matter how many times you do them, it is a good idea to repeat a mission that you are under-leveled for.

Not only will you get XP above your paygrade, but you will also be getting it twice. All the more reason to hit that repeat button. It’s rewind time!

That is about it! Combine all of these and you are sure to be killing it in the end-game in no time! Unless of course, you would rather focus on the Story Mode.