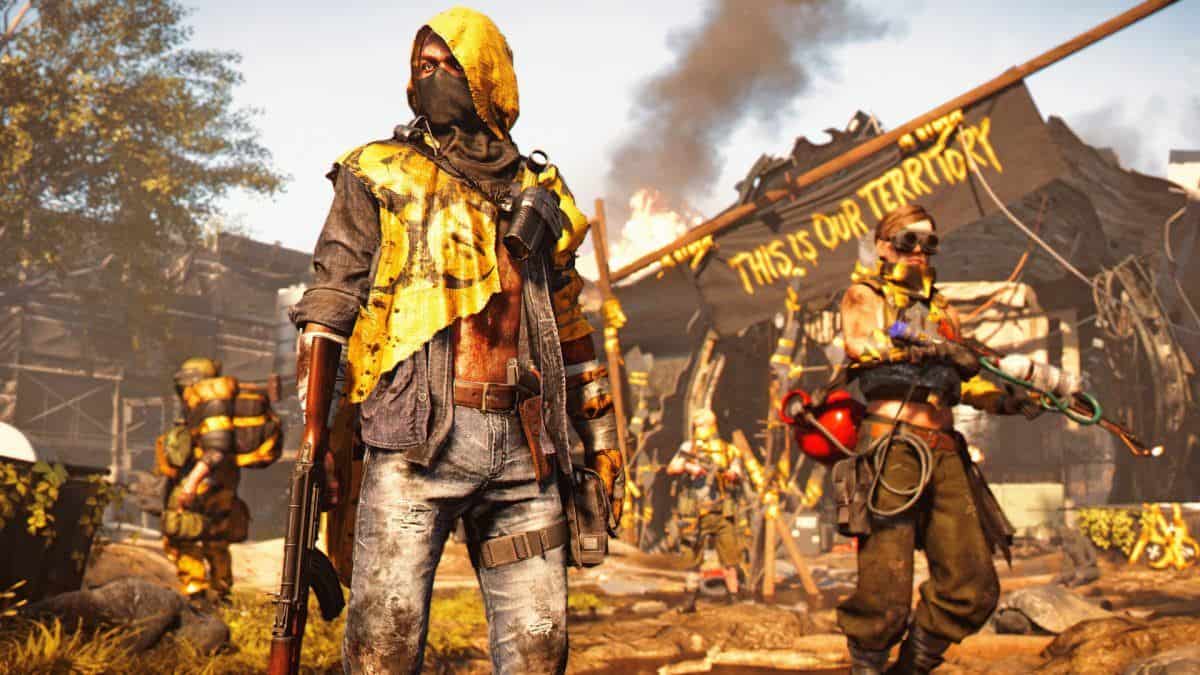 Find out all about the activities and challenges you can expect after the Main Story of Division 2 including Dark Zones, Invasions, and new Specializations to unlock in our TD2 End Game Guide.

End-game activities have always been appealing for online-focused and cooperative games.

This puts the emphasis on developers to continue to support the player base as is evident from the past games like Destiny, Monster Hunter: World, Dragon’s Dogma, and even the first installment in the Division series though it fell short on the end-game content promises.

With the new installment, both existing and post-launch end-game content has been already announced for fans to look forward to after they are done with the main campaign.

However, before we delve into the workings of the end-game in The Division 2, it’s useful to know that you should go in best prepared to tackle the harder challenges.

This prompts you to engage actively in challenges outside the main campaign, including Strongholds, PVP, Raids, and general exploration.

The above tasks and ordeals will allow you to *gain player XP*, acquire high-tier loot, and crafting items for better gear and thus equip you with both the tools and expertise you need for taking on the higher difficulty tasks.

Just after you complete the last campaign mission and reach Level 30, the end-game will have officially begun.

So what do you do after you complete your playthrough of the entire campaign? Well, naturally you should aim to increase your Gear Score which will be tied to the World Tier system.

The latter number is a requirement for some of the zones in the end-game centric regions like the Dark Zone, and the tiers go from Level 1 all the way to Level 4.

Thus, it’s advised to increase gear score by purchasing higher-tier gear from the vendors and bringing down elite enemies for decent loot, crafting resources, and XP.

Taking on Bounties and Weekly Club Challenges regularly will ensure you’re able to nag Specialization Points and the in-game currency for purchasing even better gear and thus increasing your Gear Score.

Clearing missions and strongholds on higher difficulties, like the “Challenger” level, will allow you to encounter and eliminate elite enemies, thereby, granting you *Exotic Weapon Parts* that you can use to construct powerful firearms.

Soon, you’ll become a more menacing force and much better prepared to face off against the real players who might’ve put hundreds of hours into The Division 2.

Just as end-game commences you will be given three specializations to choose from Sharpshooter, Survivalist, and Demolitionist.

If you select any one of the options and after a period of time want to change it then don’t worry as you can change your specialization freely by visiting Quartermaster at Headquarters.

You need to choose a Specialization that you are comfortable with as you will get different Signature Weapons and sidearms to carry. On top of that, you get a different ability tree of each specialization.

To continue to invest in your Specializations and unlock new abilities, you’ll need Specialization Points. The best way to earn them in the end-game of The Division 2 is via capturing *High-Value Targets or Bounties*.

Gear Score is a very important change that makes all of your contents to be shifted into an overall focus this will regulate the capability that you hold so that they can get an idea and task you with end-game challenges.

Gear Score ultimately ties into the World Tier which we’ll discuss just below. They’re the metric the game analyses so to pit you against more challenging foes and players and thus lead you to a chance towards higher-tier loot.

Gear Score can be increased by paying attention to the stats of your armor and equipment. Pay regular visits to the vendor and purchase higher-level gear to replace your existing one to increase your Gear Score.

These are the new tiers or climatic points that upon reaching will change the game wholly for the player. You can reach each milestone by capturing Conquered Strongholds.

Each new tier will make the difficulty of the enemies tougher but the rewards are increased as well. These tiers or levels (four in total) will ultimately determine which areas you can access and which challenges you can take on. Here are the requirements for each of the individual World Tiers:

Although as of now Tier 4 is the highest attainable level of World Tier, players will be able to work towards Tier 5 when the next piece of post-launch content rolls out with the Tidal Basin Stronghold which will be added soon.

Black Tusk is the name of the faction that you will encounter as soon as endgame commences. Black Tusk will establish new Strongholds around the map and invade some of the existing ones.

Your job is to push the imminent threat back. We do not recommend doing this by yourself since the foes can be really tough. You and your group can team up and re-claim the conquered strongholds as you try to defeat the Black Tusk faction.

There will be many different enemy types to put down including bots and heavily armored classes. You can read all about the Black Tusk Faction.

These are the same as the missions you have completed earlier on but the thing different now is that the areas in the mission have been occupied by Black Tusk soldiers and the main objective is to stop them.

Just like the appearance of Black Tusk will change many things. The World Events that you were doing will also be affected.

Before you could fast travel to settlements but now that is impossible because of the Black Tusk putting a siege over them. To unlock fast traveling again to these locations lift the siege.

Black Tusk will start to take control of different strongholds of factions, thus indicating that the faction itself will try to take Control Points and they will try their best to take it before you can do it.

Once you reach World Tier 4 PTN will be unlocked. This is a system that grants you high-level missions and completing these sub-missions will indirectly lead you to the main objective.

However, these missions are too not suitable for a solo effort and we recommend going in with a group.

Dark Zone, which is designated areas, will be controlled by the Black Tusk.

Although The Division 2 takes a different approach to Dark Zones in particular by normalizing all weapons and gear to the same level for balanced and fair play, this will not be the case in Occupied Dark Zones.

Here, the equipment of the players will no longer be normalized so that the progression and XP actually do come into play. This makes the PVP and PVE aspect more intense but also increases the value and abundance of the rewards.

The multiplayer aspect of the game cannot quite be classified as end-game since you will have access to this area as soon as you complete the Prologue Mission of The Division 2.

With that said, players are most likely to always keep coming back with friends to challenge opponents to hotly-contested online play with the Conflict feature. Conflict takes place in three unique locations and is categorized into two modes.

Skirmish is your traditional team-deathmatch where the main goal is to reduce the respawn count or tickets of the opponent’s team to zero.

The second mode is Domination that serves as the “Capture the Flag” rendition of other popular shooters where you’ll have to capture a specific point and hold it for a set duration of time to rack up the points to the victory.

The Division 2 continues to launch new content every day but the most fun part is that they will release 3 DLC episodes this year.

This post-launch content will be available free to everyone who owns The Division 2. The new episodes will put players into a very different perspective within the game as you discover new mechanics and progression paths in the game.

The First Episode
Coming sometime in the summer, this episode will focus on expeditions around the outskirts of Washington D.C. pitting players against both the Outcasts and Black Tusk factions.

The Second Episode
Launching in autumn, this DLC piece will put a greater emphasis on the lore, as players will explore the Pentagon and other iconic locations to learn more about the state of the world.

The Third Episode
Nothing is known about this particular episode as of now other than the fact that it will launch in the winter and bring a conclusion to the Year 1 of the Post-launch content for The Division 2.

Other than the missions and challenges above, these episodes will be accompanied with 3 new and unique Specializations that offer new possibilities in terms of skills and weapons to bring freshness to the combat system of the game.

It goes without saying, new cosmetic items and limited timed events including special loot-drops will be prevalent throughout year 1 of the end-game content for The Division 2.