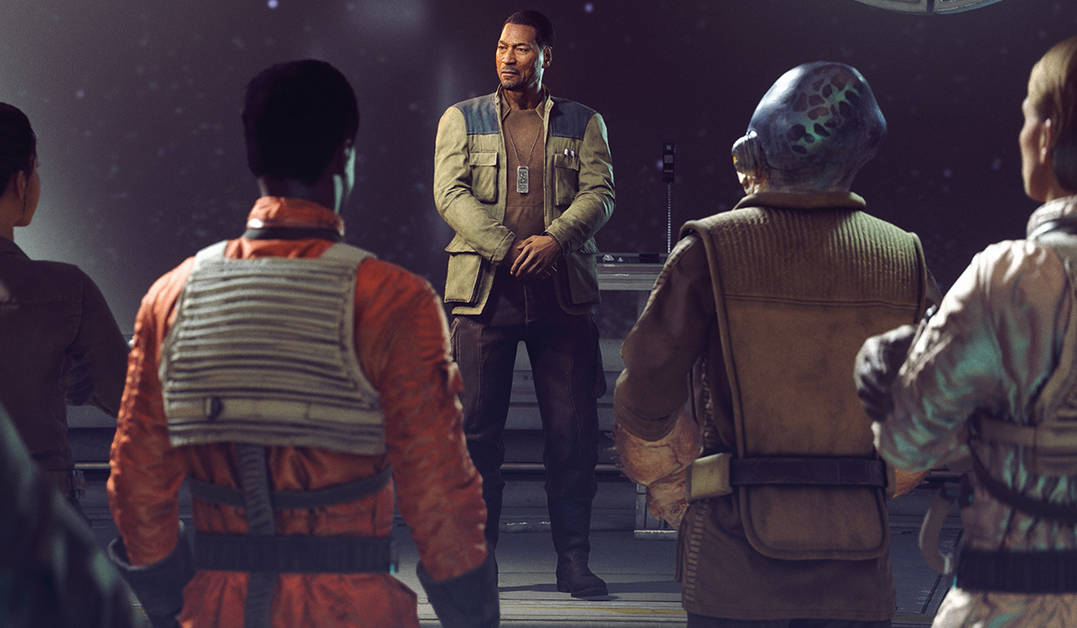 Star Wars: Squadrons focuses on what makes the previous Battlefront games so good; the spacecraft combat. In this Star Wars Squadrons Beginner’s Tips and Tricks guide, we’ll be showing you how you can gain complete mastery over your spacecraft, and dominate the enemy team.

Star Wars Squadrons is different than what most fans of the franchise might be used to when it comes to games.

After all, in recent years the only games where you could fly were the Battlefront titles and they were primarily shooters at heart and with some pretty basic flying thrown in.

Star Wars Squadrons however kicks up the flying a couple of notches, making it more of an easily accessible flight simulator set in the Star Wars universe.

Below we have compiled some tips that could help you get started in the game.

The Campaign’s pretty good, and it really helps to walk you through the basics of the game, so you can have a little bit of edge over your enemies when you jump into multiplayer.

Don’t think the Campaign is a glorified tutorial, the missions are actually really fun, and will help you in learning how each and every class works.

Practice Mode Is A Big Help

You can get a feel for the different maneuvers you can attempt midflight by heading to the multiplayer practice mode.

The game isn’t just shooting at your enemy. There are various other variables you will have to account for while you’re in your spacecraft, and doing so requires mastery of your controls so that you may become one with the craft.

Spacecrafts in Star Wars: Squadron operates similarly to what you would expect from a Flight Simulator, which makes destruction all the more satisfying.

Following are a few basic controls that you’re going to need to know before you start blasting away.

Throttle
The speed of your craft is dependent on the throttle. By setting the speed, you can go faster. Simply press the left analog stick forward to increase your speed on a controller, and pull it back to slow it down. On a keyboard, the controls are W and S for increasing and decreasing your speed respectively.

Roll
Holding left or right on the analog stick rolls your craft in the respective direction (On keyboard it’s A and D).

It’s added maneuverability, and you can make last-second evasions if you pull it off right.

Pitch
Going up and down requires you to control the pitch of your craft. Tilt your right analog stick either up or down (Move your mouse up and down on KB/M), to go in the respective direction.

Yaw
In order to turn, simply push the right analog stick to either side and you’ll go in that direction. With the mouse, simply move it to either left or right.

Targeting Is The Key

Use the ping system to target enemies. Your whole team will see this and you can discuss proper strategies with them in order to deal with the threat effectively.

This is especially useful if a single fighter is giving you and the team trouble. You now know on whom to focus your fire.

Also, try to cover your teammates whenever you can. It’s always good to have someone watching your flank.

A little bit obvious, but try not stop in one place for too long. Slowing down your ship makes you an extremely easy target for your enemies.

You might find yourself stopping to get a better shot at your enemies, but you’re sacrificing a lot of your own defense for the sake of getting a few hits in on your enemies.

Take advantage of the terrain around you, and confuse your enemies so that they can’t

Drifting is a mechanic first introduced to the player in the third mission of the campaign.

This is useful when performing evasive maneuvers and making your way through obstacles.

If you don’t know how to perform this in multiplayer, you might find yourselves often outmatched.

You might have to practice a little to get the hang of it. The execution will change when playing with a HOTAS if your key mapping is different.

The power of your drift is determined by how long you hold L3. You can hold it longer to turn back more easily.

When playing Mission 3, you need to set your aim a bit above the Star Destroyer’s hull while boosting so that you don’t collide with it.

Destroying Capital Ships are the main objective that you must achieve in Fleet Battles.

One thing you should keep in mind is that slowing down to take your shot will absolutely get you killed.

The Capital Ship has a lot of fire so unless you’re flying at high speeds, you will get annihilated. Watch your flank and fly fast.

As the pilot of your craft, it’s important to manage the different systems in accordance with the situation at hand.

By diverting your power mid-combat, you can maximize your weapons’ strength, speed, and the shield’s effectiveness.

The power distribution is represented by three lights. Blue is for engines, red is for weapons, and green is for shields. If left unmanaged, the system will evenly distribute said power.

You can make one stronger, by draining power from the other two.

By default, your shields will be protecting your entire starfighter. You can shift the entire power to either the front or the back for that extra kick.

Hold the Square/X button to pop up the shield menu, and choose where you want to put the power at.

You can also just hold back or forward on the analog stick + Square/X to divert the power.

Press Square/X only to reset the shield power to default.

Get creative with your ships. You know your baby the best, and by customizing it to fit your playstyle, you’ll become even stronger.

Every part of your ship can be changed. You can increase your defense, your speed, and your offense.

Depending on how far you take one feature, you’ll have to suffer a penalty over the other two.

Get Familiar with the Maps

Run through the obstacle courses to become more familiar with the outlay of the maps.

Understanding what corner to squeeze through in a sticky situation might help you get the heat off your back.

Flying around in open space is one sure way to get blown to bits. Grab your spacecraft, and fly through every imaginable piece of wreckage to outmaneuver your opponents in space.