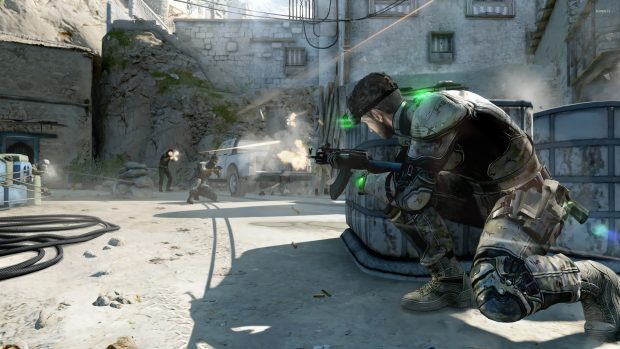 While we might not be getting a new Splinter Cell game but, fans of the franchise will be happy as Splinter Cell Blacklist and Double Agent are now playable on Xbox One thanks to backwards compatibility.

Splinter Cell Blacklist is the latest entry in the franchise which launched in 2013, while the Splinter Cell Double Agent launched back in 2006 and is considered to be the best Splinter Cell title in the series by a majority of fans.

With the appearance of Sam Fisher in Ghost Reckon Wildlands, many were hoping that Ubiosft would be bringing a new Splinter Cell game. However, fans were disappointed when Ubiosft announced nothing related to Splinter Cell.

Not only that, a listing also popped up at Amazon earlier this year for a new Splinter Cell game in 2018. However, it was quite disappointing that Ubisoft didn’t even mention the game in any form or teased anything.

Not only that, Also, Ubisoft filed for the splinter cell trademark back on May 15, 2017, and possibly the teased the sequel the same day.

But turns out the tease was just for the Ghost Recon Wildlands DLC and nothing more. However, with the trademark being renewed we might actually see a new Splinter Cell game in the years to come.

Splinter Cell is a stealth-action franchise developed by Ubiosft. The game features Sam Fisher as the protagonist and the character has maintained its position since the first title in the series.