Splinter Cell 2018 Listing Pops Up At Amazon, Have Our Prayers Been Answered? 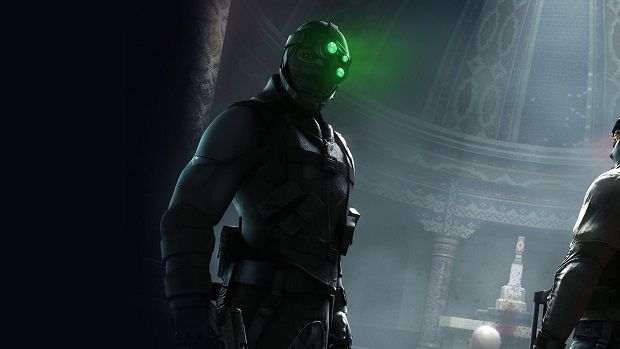 Fans of the Splinter Cell franchise have been waiting for another entry in the series following the launch of Splinter Cell Blacklist and it seems that we might be getting a new Splinter Cell game this year if the Amazon’s listing for Splinter Cell 2018 is to be believed.

Aside from the listing for Splinter Cell 2018, nothing else has been revealed or detailed regarding the product and interestingly the listing appears on Ubisoft’s official page on the site.

It could mean one of two things, first being that Ubiosft will soon reveal Splinter Cell 2018 and this listing is just a first step to tease its fans or this is just a mistake on Amazon’s part.

As for the name, we are sure that the game would have a subtitle and Splinter Cell 2018 is just a placeholder name.

The last game to release in the Splinter Cell franchise was Splinter Cell Blacklist which launched in 2013 with critical acclaim and the game’s ending also teased a possible sequel and we might be getting that sequel this year.

Also, Ubisoft filed for the splinter cell trademark back on May 15, 2017, and possibly the teased the sequel the same day. The way Ubiosft teased Splinter Cell was through a short video clip on Twitter showing the Sam Fisher 4th echelon outfit from Blacklist as DLC for Ghost Recon Wildlands.

Come to think of it, all of it is making sense now and every clue is pointing towards one conclusion that Ubisoft is working on a new Splinter Cell game and we might be getting it in 2018.

With that being said, take it with a grain of salt until Ubiosft officially announces the game as this could very well be a hoax. You can check out the listing here.

Are you excited for the upcoming Splinter Cell game? Let us know in the comments.