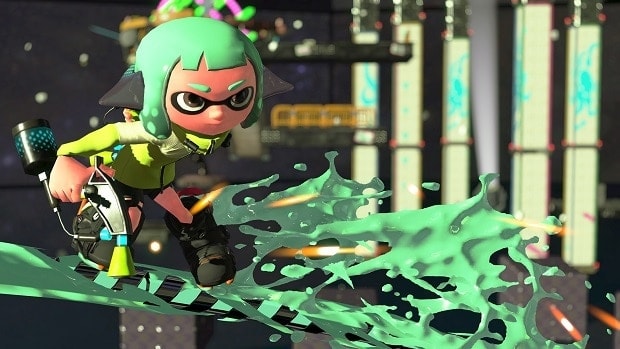 This Splatoon 2 Octo Oven Boss Battle Guide will help you learn everything you need to know about defeating the 1st boss in the singleplayer campaign of Nintendo’s Splatoon 2. In order to unlock Octo Oven, you must find the first three Zapfish, head to the center of the Tentakeel Outpost, & interact with the Boss Kettle.

While not terribly difficult, the Octo Oven does provide a challenge & can be frustrating at times. In this guide, we’ve detailed everything you need to know about defeating the Octo Oven in Splatoon 2

Avoid the Bread!
After the battle starts, you’ll see the boss flinging bread loaves at you – hence the name. You need to avoid getting hit because they can knock you out of the boss arena.

As long as you’re moving around the arena, you should’ve no difficulty in avoiding the bread loaves.

However, in order to deal damage, you must climb to the very top to hit the sprouting tentacle.

Continue to avoid the bread loaves & when you see all the loaves out, ink them to head to the top of the oven.

Second Round
Do note that you must be quick about it because the loaves won’t stay out forever. After hitting the tentacle, you’ll be thrown back into the boss arena.

During the 2nd round, try to avoid the ink wells as well as the bread loaves before climbing to the top in order to shoot the tentacle.

You’ll have less bread loaves to climb during the 2nd round so make sure to keep this in mind.

Final Phase
The 3rd & final round is fairly difficult. Not only the Octo Oven will start attacking with ink showers but the bread loaves will also have some metallic coating on them, causing trouble when trying to head up the oven.

Like before, try to avoid everything that Octo Oven throws at you & climb to the top in order to shoot the tentacle one last time & complete the boss battle