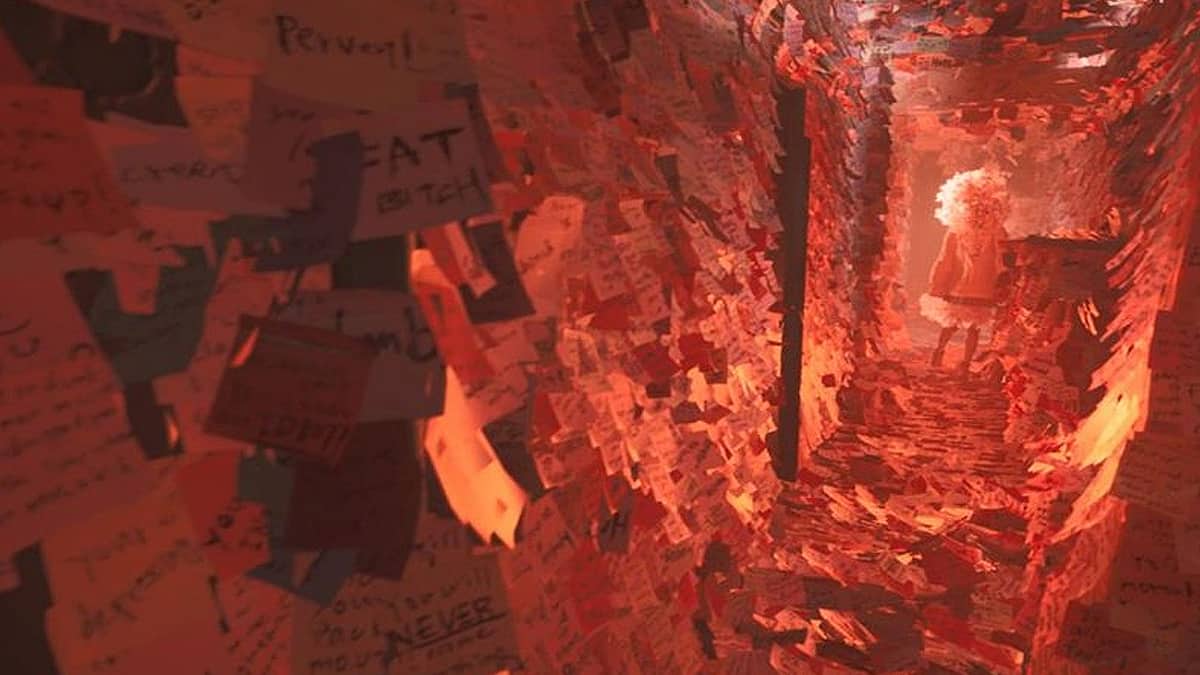 The first batch of screenshots has allegedly leaked for one of multiple Silent Hill games that have been rumored to be in the works for a few years now.

Taking to Twitter earlier today, known Capcom insider Dusk Golem shared four screenshots from an unannounced Silent Hill game that are said to be from an older 2020 build and hence, the final game presumably looks different.

Something else of interest is that he teased “SMS Messages” to be somehow related to the upcoming Silent Hill game. Remember that the canceled P.T. project (Silent Hills) of director Hideo Kojima was rumored at the time to send real-world emails and text messages to players once they had signed a waiver.

While publisher Konami is probably never bringing back Silent Hills after its fairly noisy split with Kojima, it can possibly be expected to use some of his ideas in its next Silent Hill game.

As for the leaked screenshots themselves, the sticky noted corridor and the collaged portrait suggest the narrative to involve a bullied girl. She could be the one behind the horrors players will have to survive once the game is eventually released.

(1/2) are a bit dated, from 2020, so maybe this project looks a bit different now. But what I'm choosing to share. I know many will doubt this, but I have a lot of private proof to show this is real, & as always, I continue to wait on the Silent Hill game reveal.

Konami was previously reported to be outsourcing its intellectual properties to third-party developers for revival. That supposedly included Silent Hill as well as Metal Gear and Castlevania.

The Medium and Blair Witch developer Bloober Team was highly speculated to be involved with a potential Silent Hill reboot after it partnered with Konami last year as part of a new “strategic cooperation agreement…to produce games from existing and new IPs”. However, any announcement is yet to see the light of day.

Elsewhere, Konami has still not taken back SilentHill.com from the supposed fan who purchased the domain when it expired a few months back.

Update: The screenshots have been taken down after Konami sent a takedown notice under its copyright infringement policy. The takedown just adds more credit to the screenshots being legitimate.