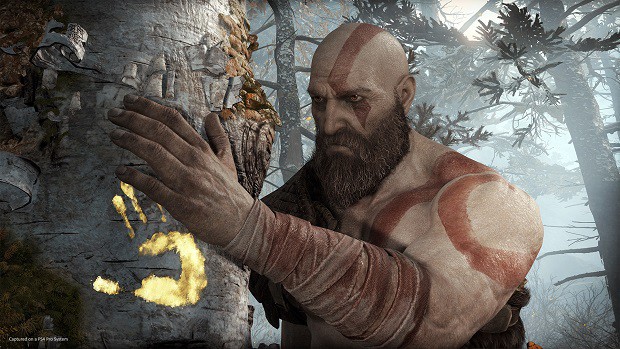 God Of War has been a huge hit since launch because it was filled with content that everyone ever wanted to be in a God Of War game, thanks to Cory Barlog. The game was completed shortly and lots of hidden secrets were found but there was still one left which was recently found and Santa Monica Studio has officially confirmed.

The final easter egg was discovered inside Kratos’ house which everyone believed to be the one which Cory Barlog and his team has been discussing, Though there was no confirmation whether this was the last one or not.

Four runes were found in four different corners of Kratos’ house which spelled ”Loki,” which is the true identity of Atreus as given by his mother and this secret is also unveiled at the end of the game.

Everyone has been on a wild hunt recently to find out the last secret but finally Santa Monica took it to Twitter to confirm that latest discovery was the final secret in the game giving rest to everyone God Of War fan.

The credit for this discovery goes to the fans on r/GodofWarSecrets subreddit who discovered the final secret. Cory Barlog revealed during San Diego Comic-Con that there’s still one left which caused every God Of War fan to go on a hunt to uncover this.

Some were disappointed by the secret because they thought it to be more complex or revealing a lot but it wasn’t that, though one of the modders of the subreddit addressed this and thanked Cory Barlog and Santa Monica studio for “bringing everyone together, giving inspired teaching and learning far beyond the scope of most video games”.

God Of War will go down in history as one of the best games ever and we might get another installment in the series soon as hinted by Santa Monica Studios.