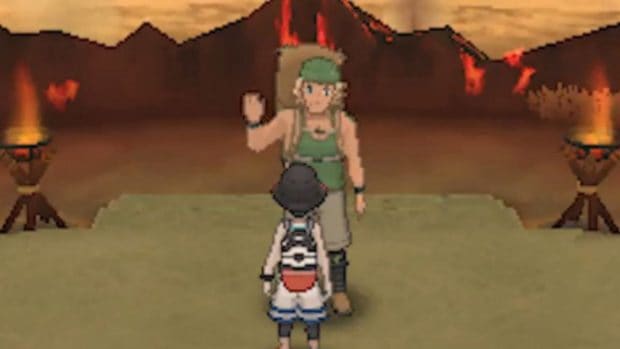 Pokemon Ultra Sun and Moon Wela Volcano Park Trial Guide will help you with completing the trial that will be a bit different from the previous ones.

Wela Volcano Park Trial is the 3rd trial that players will encounter in Pokemon Ultra Sun And Moon and this guide will help you step-by-step on how to complete the trial.

Pokemon Ultra Sun and Moon Wela Volcano Park Trial Guide will detail all there is for players to know on how to complete the trial.

This is the third Trial that players need to the complete in Pokemon Ultra Sun and Moon and will become available after players participated in Battle Royal and were victorious. Talk to Trial leader Kiawe in Wela Volcano Park and make sure to have a couple of Water Pokemon with yourself.

Wela Volcano Park Trial
The first step of Wela Volcano Park Trial will task you watching two groups of three Marowaks dance and after that, the game will task you with differentiating between the two dances. If you don’t answer it right, you will trigger a battle with Marowak and there and if you again answer incorrectly then again the battle will trigger.

However, to save you the trouble, the right answer is the “Middle Marowak”. Answer it right and you will only have one battle with Marowaks. After defeating Marowaks, the second phase of the trial will start that will see you differentiating between two pictures of a Hiker.

The difference will be that Hiker will be smiling in the 2nd picture and not in the 1st one. Then you will have to defeat the Hiker.

Defeat Totem Marowak
Defeating the Hiker will trigger a dance of Marowaks but, this time there will be a Totem Marowak among them which you now have to defeat. Once you defeat the Totem Marowak, players will get Firium Z, 10 Quick Balls, and Charizard Ride.

That is all about our Pokemon Ultra Sun and Moon Wela Volcano Park Trial Guide with tips on how to complete the different phases of the Trial. If there is anything else that you would like to add, let us know in the comments section below!