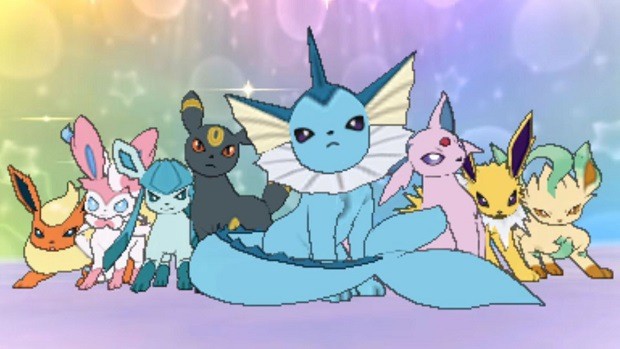 Breeding and Hatching are integral parts of the new Pokemon game. However, there are a lot of intricacies that go into the system and they can be quite difficult to understand. This Pokemon Ultra Sun and Moon Breeding and Hatching Guide is your one-stop shop for all that you could need to know about eggs, breeding and hatching Pokemon.

So read on to find out everything from what are the factors which go into breeding good Pokemon to what the different types of eggs mean.

For more help on Pokemon Ultra Sun and Ultra Moon, you can check out our Items Guide, Everstone Guide, and Heart Scales Farming Guide.

In this Pokemon USAM Breeding and Hatching Guide, we take a look at Eggs, hatching and breeding techniques.

Nursery – Hatch Eggs
Leaving you Pokemon in the nursery will result in an egg if they are in the same egg group and have different genders or one of the Pokemon is Ditto, which can breed with literally any gender and egg group.

Pokemon of different species will have a low chance of mating regardless of the trainer and different Egg Groups or same gender will result in having a 0 percent chance of you acquiring an egg. Having an Oval Charm will also increase the chance of you getting an egg.

Hatching an Egg – How to Hatch Egg Faster
Each Pokemon has a set number of steps after which they will hatch from the egg. The Pokemon that hatches will depend on the parents and the gender of the parents.

Remember that if you are using Taurus or Lapras, it will still count as moving and the egg will still hatch.

Lastly, it is best to remember that in regions such as Alolan, the child will be normal if the female is normal and is holding an Everstone.

Not having the Everstone or the female Pokemon being Alolan will generally result in the offspring being Alolan as well.

Also, remember that level up moves which are learned by parents can also be passed down to their children apart from the TM moves. If there are more than five moves, then moves from the father take priority over moves from the mother.

Nature can be random from one of the 25 that exist in the game. However, possessing an Everstone will ensure that the nature of that particular parent will be passed down to the child.

Apart from this, if the parent possesses a Power Item, then the Individual Value of that parent will be passed down rather than the default way which makes the inherited IV random.

Offspring also inherit similar balls as their parent. If you have a ditto, then the ball of the other partner will be inherited. Remember that Master balls and cherish balls will not be inherited by the children under any circumstance.

There is also another technique known as Chain Breeding where you breed one pokemon with the second one and then breed second one with the third one.

The main purpose of this technique is to breed two Pokémon’s that cannot breed directly.

That way the egg produced the third pokemon can learn a move only A can do. Skitty, Togetic and Plusle can produce an egg using this technique.

Lastly, Pokemon which are of different species will pass down the species of the female parent. In the case of Ditto, however, Ditto’s partner’s species will be passed down to the offspring.