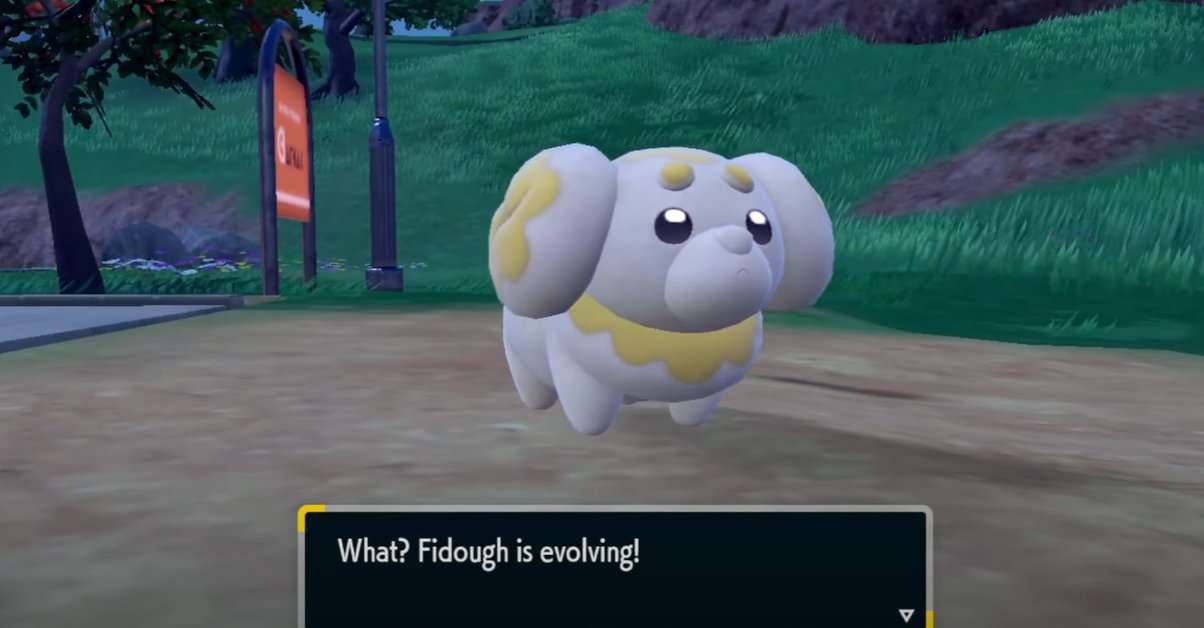 Fidough is a Fairy-type Puppy Pokemon in Pokemon SV. The cute puppy Fidough can be further evolved into a stronger puppy called Dachsbun in Pokemon SV. If you find Fidough a bit weak in the fight, then you should consider this evolution.

In this guide, we will go over how you can evolve the Fidough in your party in Pokemon SV into a Dachsbun.

How to evolve Fidough into Dachsbun in Pokemon Scarlet and Violet

Getting your hands on a Fidough and then evolving it is quite easy in Pokemon Scarlet and Violet as the pokemon is easy to find and doesn’t require anything special to evolve.

Once your Fidough reaches level 26, it will automatically evolve into Dachsbun. Dachsbun is a dense puppy having significantly increased base stats as compared to Fidough.

Certain ways can boost leveling up Fidough. These include involving Fidough in battles, raising friendship attributes, and using the XP candies acquired during tera raids. You can also make use of a lucky egg to boost the EXP rate gained during battles which makes leveling up Fidough easier.

Dachsbun has significantly better base stats with a collective count of 477 compared to Fidough having a total count equal to 312.